Why do we remember the past but not the future?

Theoretical physicists at the Université libre de Bruxelles have developed a fully-symmetric formulation of quantum theory which establishes an exact link between asymmetry and the fact that we can remember the past but not the future. 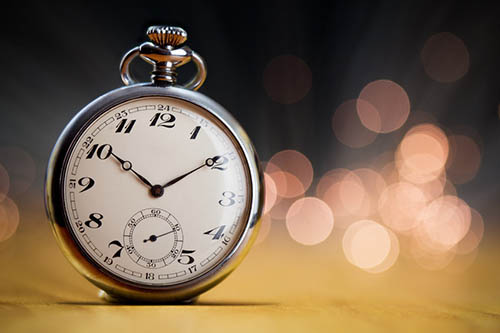 The laws of classical mechanics are independent of the direction of time, but whether the same is true in quantum mechanics has been a subject of debate. While it is agreed that the laws that govern isolated quantum systems are time-symmetric, measurement changes the state of a system according to rules that only appear to hold forward in time, and there is difference in opinion about the interpretation of this effect.

Now theoretical physicists at the Université libre de Bruxelles have developed a fully time-symmetric formulation of quantum theory which establishes an exact link between this asymmetry and the fact that we can remember the past but not the future – a phenomenon that physicist Stephen Hawking has named the “psychological” arrow of time. 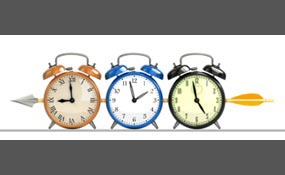 The study offers new insights into the concepts of free choice and causality, and suggests that causality need not be considered a fundamental principle of physics. It also extends a cornerstone theorem in quantum mechanics due to Eugene Paul Wigner, pointing to new directions for search of physics beyond the known models. The findings by Ognyan Oreshkov and Nicolas Cerf have been published this week in the journal Nature Physic. 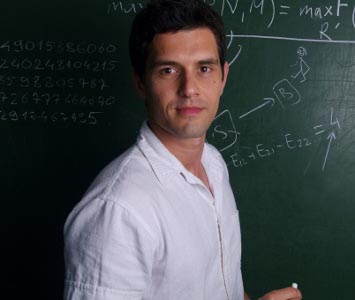 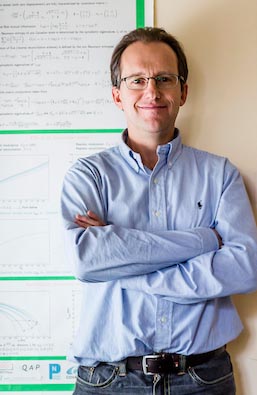 The idea that our choices at present can influence events in the future but not in the past is reflected in the rules of standard quantum theory as a principle that quantum theorists call “causality.”

In order to understand this principle, the authors of the new study analyze what the concept of choice in the context of quantum theory actually means. For example, we think that an experimenter can choose what measurement to perform on a given system, but not the outcome of the measurement. Correspondingly, according to the principle of causality, the choice of measurement can be correlated with outcomes of measurements in the future only, whereas the outcome of a measurement can be correlated with outcomes of both past and future measurements. The researchers argue that the defining property according to which we interpret the variable describing the measurement as up to the experimenter's choice, while the outcome not, is that it can be known before the actual measurement takes place.

From this perspective, the principle of causality can be understood as a constraint on the information available about different variables at different times. This constraint is not time-symmetric since both the choice of measurement and the outcome of a measurement can be known a posteriori. This, according to the study, is the essence of the asymmetry implicit in the standard formulation of quantum theory.

“Quantum theory has been formulated based on asymmetric concepts that reflect the fact that we can know the past and are interested in predicting the future. But the concept of probability is independent of time, and from a physics perspective it makes sense to try to formulate the theory in fundamentally symmetric terms,” says Ognyan Oreshkov, the lead author of the study. To this end, the authors propose to adopt a new notion of measurement that is not defined only based on variables in the past, but can depend on variables in the future too. “In the approach we propose, measurements are not interpreted as up to the 'free choices' of agents, but simply describe information about the possible events in different regions of space-time,” says Nicolas Cerf, a co-author of the study and director of the Centre for Quantum Information and Communication at ULB.

In the time-symmetric formulation of quantum theory that follows from this approach, the principle of causality and the psychological arrow of time are both shown to arise from what physicists call boundary conditions – parameters based on which the theory makes predictions, but whose values could be arbitrary in principle. Thus, for instance, according to the new formulation, it is conceivable that in some parts of the universe causality may be violated.

Another consequence of the time-symmetric formulation is an extension of a fundamental theorem by Wigner, which characterizes the mathematical representation of physical symmetries and is central to the understanding of many phenomena, such as what elementary particles can exist. The study shows that in the new formulation symmetries can be represented in ways not permitted by the standard formulation, which could have far-reaching physical implications. One speculative possibility is that such symmetries may be relevant in a theory of quantum gravity, since they have the form of transformations that have been conjectured to occur in the presence of black holes.

“Our work shows that if we believe that time symmetry must be a property of the fundamental laws of physics, we have to consider the possibility for phenomena beyond those conceivable in standard quantum theory. Whether such phenomena exist and where we could search for them is a big open question,” explains Oreshkov.

We have 838 guests and no members online