Is the Brain Just a ‘Wet Computer’? – Part three (conclusion) 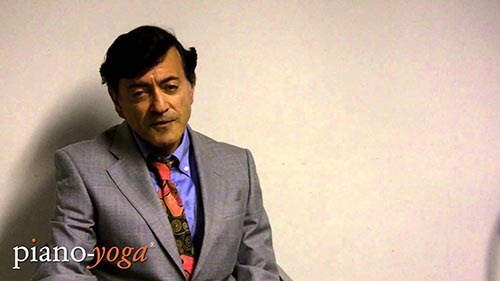 The author is a gifted pianist and lecturer

Summary and a Possible Way Forwards

What then is the remedy? The great poet Keats talks about negative capability – the capacity to sit with the unknown but with an inner conviction that something truly precious will come out of the unknown. In other words, to trust the process and have faith that there is a greater consciousness that we can tune into. But being with the unknown is something that the predominantly left brain orientated scientific community finds very frightening. It again underscores the deterministic drive of the left brain to strive for precision, certainty and objectification, eschewing uncertainty, the unknown and the unknowable (by science). But the right brain, preferring to deal with wholes rather than parts has no problem with subjective experience or waiting patiently in silence attuning to a higher power. So this is the kind of holistic approach used by the luminaries of science and as Leonardo and Newton that we need to face the complex problems we face today. It is highly significant that Leonardo was as much a genius of science as of art. Moreover, Newton’s alchemical writings and drawings reveal great sensitivity and poetry.

Perhaps then, the deepest insights into the inner, human state come from sublime art, literature, poetry and music. For example the likes of Shakespeare, Keats, Mozart and Beethoven knew and expressed through their art infinitely more about our minds and what it means to be truly human than scientists and neurobiologists can ever hope to do.

We end this section with the words of a legendary scientist, an occultist and a philosopher that elucidate the problems we face, and the way out. We would be well advised to heed their counsel.

Firstly the problems for society of the divided brain and especially the excessive emphasis upon left hemisphere thought so comprehensively expounded by McGilchrist were foretold by Einstein well over half a century ago.

The intuitive mind is a sacred gift and the rational mind is a faithful servant. We have created a society that honours the servant and has forgotten the gift.

Perhaps it was Einstein’s profound understanding of the difference between ratiocination and intuition, plus an acute awareness of the dangers for science of excessive quantification that lay behind this sign that lay hanging in the his office at Princeton University,

Next we turn to the question of why, despite the massive amount of money and energy expended on consciousness research, the corpus of mainstream scientists, neuroscientists and neurobiologists have barely approached – by their own admission – a true understanding of its origin and nature (with the exception, of course, of the likes of Dennett who maintains that consciousness is an illusion or a unessential epiphenomenon). It is because as diagnosed by Sir Francis Walshe they are looking at purely physical means to discover that which is beyond the physical as the next quote from the great seer and occultist, Blavatsky makes very clear

The minority [of scientists] strive very sensibly to enlarge the domain of physical science by trespassing on the forbidden grounds of metaphysics, so distasteful to some materialists. These scientists are wise in their generation. For all their wonderful discoveries would go for nothing, and remain for ever headless bodies, unless they lift the veil of matter and strain their eyes to see beyond. Now that they have studied nature in the length, breadth, and thickness of her physical frame, it is time to remove the skeleton to the second plane and search within the unknown depths for the living and real entity, for its SUB-stance—the noumenon of evanescent matter.i

Allied to the above we can say that physical science on its own, embedded in the materialistic paradigm will never understand the nature of consciousness because as Blavatsky says

Mystery is the fatality of science. Official science is surrounded on every side and hedged in by unapproachable, forever impenetrable mysteries. And why? Simply because physical science is self-doomed to a squirrel-like progress around a wheel of matter limited by our five senses.ii

And applying this reasoning to the enquiry into the nature of mind, Blavatsky says

Scalpels and microscopes may solve the mystery of the material parts of the shell of man [his physical body and brain]: they can never cut a window into his soul to open the smallest vista on any of the wider horizons of being.iii

As just stated above the massive research effort by science and their inability to failure to supply a satisfactory answer to the nature of mind vindicates Blavatsky’s assertion of well over one hundred years ago.

Next we turn to the essential difference, yet intimate relationship between the inner subjective being of man and his outward, physical expression through brain and body. As Blavatsky states, whereas the former represents his quintessential nature, the latter is no less important for physical existence.

That which makes one mortal a great man and another a vulgar, silly person is the quality and makeup of the physical shell or casing, and the adequacy or inadequacy of brain and body to transmit and give expression to the light of the real, Inner man; and this aptness or inaptness is, in its turn, the result of Karma. Or, to use another simile, physical man is the musical instrument, and the Ego, the performing artist. The potentiality of perfect melody of sound, is in the former—the instrument—and no skill of the latter can awaken a faultless harmony out of a broken or badly made instrument. This harmony depends on the fidelity of transmission, by word or act, to the objective plane, of the unspoken divine thought in the very depths of man’s subjective or inner nature. Physical man may – to follow our simile – be a priceless Stradivarius, or a cheap and cracked fiddle, or again a mediocrity between the two, in the hands of the Paganini who ensouls him.iv

Finally we turn towards our essential nature – Mind – through the words of that illimitable sage and philosopher, Paul Bruntonv. The following three extracts elucidate the common error of identifying the instrument (brain) with its user (mind or thought producer), even though the user be dependent upon the instrument for its operation.

If the blood, bone, and flesh of the human brain secrete thought then the wood and string of a violin secrete music.

It is a mistake to believe that the body, via the brain, makes its own thoughts. To correct it, reverse the assumption and perceive that thoughts are projections from Thought, that Consciousness comes first.

The materialist who regards thought as solely an activity in the brain, and consequently as a physiological product in its entirety, has overlooked the thinker of the thought.

The next quote is in line with the ‘filter model’ in neuroscience. It is the latest theory about the role of the brain, acting as a sort of filter and transducer of consciousness, but not a generator or originator of the latter.

The materialist asserts that consciousness has no existence apart from the body, is indeed a product of the brain. A blow on the head may deprive a man of consciousness; an operation on the brain may change its mode of functioning. The mentalist says that these only provide the conditions which normally limit consciousness, thus making it seem as if the brain created it. But under abnormal states (like anaesthesia, hypnotism, drugs, or deep meditation) consciousness shows its own separate being.

Great sages have of course comes to this understanding aeons ago. Nonetheless, even though the filter model of the brain is upheld obviously by only a minority of metaphysically inclined scientists,vi yet it is heartening to note the slow harmonising of science with occult science as predicted well over one hundred years ago in the famous maxim ‘modern science is our best ally’vii.

The next quote shows the reason for the common error of identifying the instrument closely coupled with its user.

The notion that consciousness is a sort of "gas" generated in the fleshy brain [epiphenomenon] is the modern Western error, although an easy one into which to fall. There is, of course, a very close interrelation between body and mind, but it is one wherein the latter is expressed through the former, although narrowed and confined by the brain's limitations.

The final quote is an extended one that virtually summarizes the principal arguments of this section of the book.

The materialist argument is essentially that mental function varies with bodily condition, that alcohol can convert the coward for a time into a brave man, that the increase in size and weight of the brain as man passes from infancy to maturity runs parallel with the increase of mental capacity, and that therefore mind is nothing else than a product of body. Mentalism says these facts are mostly but not always true but that even granting their truth, the materialistic conclusion does not necessarily follow. It is just as logical to say that mind uses brain as a writer uses a pen, that the body is merely instrumental and the limitations or changes in the instrument naturally modify or alter the mentality expressed. The thoughts and feelings, the ideas and memories, the fancies and reasonings which constitute most of our mental stock can be detected nowhere in the brain, can be seen by nothing physical, and can only be observed by the mind itself as acts of consciousness.

So now are we entirely lumbering, robotic machines, or are we Beings of mind and consciousness? If the latter, then humans will have to wage a war against computers. The film Space Odyssey presaged just this by installing HAL 9000 a sentient computer (i.e. with ‘emotional software’) that is every bit humankind's equal, who has full control over the spacecraft. When things go wrong and HAL endangers the crew's lives for the sake of the mission, the astronaut will first have to first overpower the computer. One can see a similar situation arising in the not too distant future when man and computer will be in mortal combat not by way of robotic soldiers or drones destroying what is left of man but man himself fighting against the dehumanization and depersonalization of life produced by excessive reliance and takeover of our lives by computers. It will be a struggle but the victor is too obvious to mention. Enough is enough, and it is high time we reclaim our spirituality and our humanity.

vii ML Letter No. 65. Note however the cautionary note struck in the next sentence,. ‘Yet it is generally that same science which is made the weapon to break our heads with’.