The spiritual person: Alcohol releases the “beast within.”

Case in point is the recent research of Professor Peter R. Giancola of the psychology department of the University of Kentucky College of Arts and Sciences. He, and his former graduate student, Aaron Duke, have found an unexpected relation between spiritual beliefs, violence and alcohol consumption. 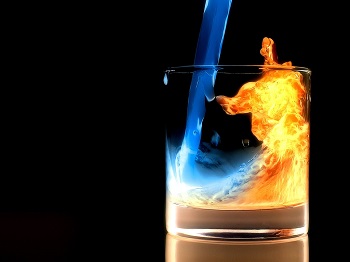 “Oversimplifying – in many cases the more religious someone is, the more aggressive they will become after drinking alcohol,” Giancola said.

The researcher defined religiosity as someone who "finds meaning in the sacred," regardless of the doctrine they follow.

Pointing out that his findings are preliminary and require more study, Giancola said that he was originally trying to create a profile of risk factors to predict alcohol-related violence.

This preliminary study contained 520 subjects ranging in age from 21-35 from the Lexington and Central Kentucky region. After determining each individual's degree of spiritual belief, subjects received an alcohol or non-alcohol beverage.

These counter-intuitive findings clearly require replication, Giancola said, however, they indicate that alcohol "releases the beast within" in highly spiritual persons, though the reasons for this still remain unknown.