Our Unity - We are all from the same root

Thanks for giving me the opportunity to share with you some of my thoughts on Unity. Unity is a fundamental principle in our Theosophical world; not only all our literature breathes this idea but the Theosophia (Wisdom of the Gods) starts from this point of view. Unity is often referred to as ‘the Law of laws’. It is seen as a fact in Nature; wherever we look we see beings working with other beings. No being can live or act or work on its own. Every being in itself is an example of unity, every being works together with millions of other beings. 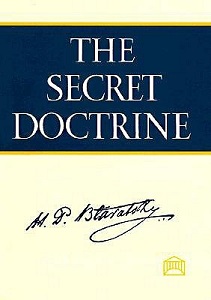 H. P. B. establishes three fundamental propositions. We find unity defined in the first proposition in the proem of The Secret Doctrine as follows:

”An Omnipresent, Eternal, Boundless, and Immutable PRINCIPLE on which all speculation is impossible, since it transcends the power of human conception and could only be dwarfed by any human expression or similitude. It is beyond the range and reach of thought — in the words of Māndūkya Upanishad, "unthinkable and unspeakable." “

We are all from the same root. Better said, we are this root. This same root in all beings is the fundament of Unity. And we must realize that we are individually expressing this in a unique and limited way. Nature as a whole is just one expression of this Unity.
H. P. B. continues:

“To render these ideas clearer to the general reader, let him set out with the postulate that there is one absolute Reality which antecedes all manifested, conditioned, being. This Infinite and Eternal Cause — dimly formulated in the "Unconscious" and "Unknowable" of current European philosophy — is the rootless root of "all that was, is, or ever shall be." It is of course devoid of all attributes and is essentially without any relation to manifested, finite Being. It is "Be-ness" rather than Being (in Sanskrit, Sat), and is beyond all thought or speculation.

This "Be-ness" is symbolized in The Secret Doctrine under two aspects. On the one hand, absolute abstract Space, representing bare subjectivity, the one thing which no human mind can either exclude from any conception, or conceive of by itself. On the other, absolute Abstract Motion representing Unconditioned Consciousness. Even our Western thinkers have shown that Consciousness is inconceivable to us apart from change, and motion best symbolizes change, its essential characteristic. This latter aspect of the one Reality is also symbolized by the term "The Great Breath," a symbol sufficiently graphic to need no further elucidation. Thus, then, the first fundamental axiom of the Secret Doctrine is this metaphysical ONE ABSOLUTE — BE-NESS — symbolized by finite intelligence as the theological Trinity.”

So we are all One, or a better way of saying is that we all are expressions of the One. From this follows that Brotherhood (with capital B) is a fact in Nature. Is the hand not an overall concept for the fingers? 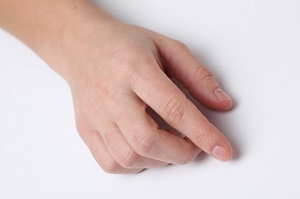 Each finger cannot look at one of the other fingers as being something different from itself. Is it not clear that the fingers have to work together in harmony to be maximally functional? A finger apart of the hand is no finger anymore. We only call it a finger because it still has that shape, but the finger functionality is gone. The finger only has to realize that it is just an outgrowth of the hand, or better, that it is an aspect of the hand, and the hand in its turn is not a hand without finger(s).

This is the same we for us as human beings in relation with all other beings in the widest Theosophical view; there are no exceptions!!!