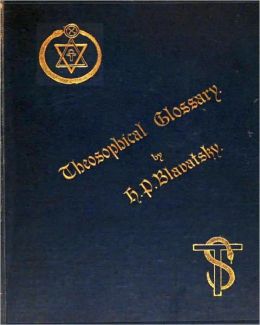 Kamadeva (Sk.). In the popular notions the god of love, a Visvadeva, in the Hindu Pantheon. As the Eros of Hesiod, degraded into Cupid by exoteric law, and still more degraded by a later popular sense attributed to the term, so is Kama a most mysterious and metaphysical subject. The earlier Vedic description of Kama alone gives the key-note to what he emblematizes. Kama is the first conscious, all embracing desire for universal good, love, and for all that lives and feels, needs help and kindness; the first feeling of infinite tender compassion and mercy that arose in the consciousness of the creative ONE FORCE, as soon as it came into life and being as a ray from the ABSOLUTE. Says the Rig Veda, “Desire first arose in IT, which was the primal germ of mind, and which Sages, searching with their intellect, have discovered in their heart to be the bond which connects Entity with non-Entity”, or Manas with pure Atma-Buddhi. There is no idea of sexual love in the conception. Kama is pre-eminently the divine desire of creating happiness and love; and it is only ages later, as mankind began to materialize by anthropomorphization its grandest ideals into cut and dried dogmas, that Kama became the power that gratifies desire on the animal plane. This is shown by what every Veda and some Brahmanas say. In the Atharva Veda, Kama is represented as the Supreme Deity and Creator. In the Tailarîya Brahmana, he is the child of Dharma, the god of Law and Justice, of Sraddha and faith. In another account he springs from the heart of Brahmâ. Others show him born from water, i.e., from primordial chaos, or the “Deep”. Hence one of his many names, Irâ-ja, “the water-born”; and Aja, “unborn”; and Atmabhu or “Self-existent”. Because of the sign of Makara (Capricornus) on his banner, he is also called “Makara Ketu”. The allegory about Siva, the “Great Yogin”, reducing Kama to ashes by the fire from his central (or third) Eye, for inspiring the Mahadeva with thoughts of his wife, while he was at his devotions--is very suggestive, as it is said that he thereby reduced Kama to his primeval spiritual form.

Kamadhatu (Sk.). Called also Kamâvatchara, a region including Kâmalôka. In exoteric ideas it is the first of the Trailôkya--or three regions (applied also to celestial beings) or seven planes or degrees, each broadly represented by one of the three chief characteristics; namely, Kama, Rupa and Arupa, or those of desire, form and formlessness. The first of the Trailôkyas, Kamadhâtu, is thus composed of the earth and the six inferior Devalokas, the earth being followed by Kamaloka (q.v.). These taken together constitute the seven degrees of the material world of form and sensuous gratification. The second of the Trailôkya (or Trilôkya) is called Rupadhâtu or “material form” and is also composed of seven Lokas (or localities). The third is Arupadhatu or “immaterial lokas”. “Locality”, however, is an incorrect word to use in translating the term dhâtu, which does not mean in some of its special applications a “place” at all. For instance, Arupadhâtu is a purely subjective world, a “state” rather than a place. But as the European tongues have no adequate metaphysical terms to express certain ideas, we can only point out the difficulty.

Kamaloka (Sk.). The semi-material plane, to us subjective and invisible, where the disembodied “personalities”, the astral forms, called Kamarupa remain, until they fade out from it by the complete exhaustion of the effects of the mental impulses that created these eidolons of human and animal passions and desires. (See “Kamarupa”) It is the Hades of the ancient Greeks and the Amenti of the Egyptians, the land of Silent Shadows; a division of the first group of the Trailôkya. (See “Kamadhâtu”)

Kamarupa (Sk.). Metaphysically, and in our esoteric philosophy, it is the subjective form created through the mental and physical desires and thoughts in connection with things of matter, by all sentient beings, a form which survives the death of their bodies. After that death three of the seven “principles”-or let us say planes of senses and consciousness on which the human instincts and ideation act in turn-viz., the body, its astral prototype and physical vitality,--being of no further use, remain on earth; the three higher principles, grouped into one, merge into the state of Devachan (q.v.), in which state the Higher Ego will remain until the hour for a new reincarnation arrives; and the eidolon of the ex-Personality is left alone in its new abode. Here, the pale copy of the man that was, vegetates for a period of time, the duration of which is variable and according to the element of materiality which is left in it, and which is determined by the past life of the defunct. Bereft as it is of its higher mind, spirit and physical senses, if left alone to its own senseless devices, it will gradually fade out and disintegrate. But, if forcibly drawn back into the terrestrial sphere whether by the passionate desires and appeals of the surviving friends or by regular necromantic practices-one of the most pernicious of which is mediumship--the “spook” may prevail for a period greatly exceeding the span of the natural life of its body. Once the Kamarupa has learnt the way back to living human bodies, it becomes a vampire, feeding on the vitality of those who are so anxious for its company. In India these eidolons are called Pisâchas, and are much dreaded, as already explained elsewhere.