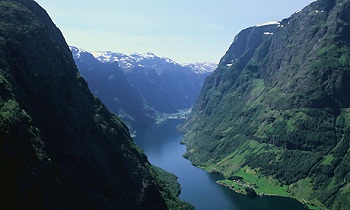 In Theosophical circles, whether in group discussions, in literature, or on the internet, the question comes up again and again: What is Theosophy? There are endless different ways of answering the question, which is as it should be for something, which by its very nature, is immense, tending to blur more lines and erode more boundaries than it creates. After all, theos sophia synthesizes, integrates and harmonizes all of the various fields of inquiry that humanity embarks upon. We should have a hard time pinning it down succinctly, because once something is pinned down, it can't move; it becomes static and loses its essential vibrance. We should struggle to define it neatly—and no matter how many times we may reach the conclusion that this task is ultimately an impossible one, nonetheless, we should keep trying it, because the very attempt to do so forces us to expand our own horizons. The more we learn about Theosophy, the more there is to learn, and this only means that we learn more about ourselves and the universe every day. The exercise of defining Theosophy is an effective practice both mentally and spiritually, so long as we resist the urge to declare it complete. It seems that the Perennial Wisdom is forever accompanied by this "Perennial Question," which is fitting since Theosophy responds to so many of our vexing questions.

Still, I think that once in a while the exercise could benefit from a slight shift in perspective. Looking at the question in a slightly different way can help us find even more avenues for understanding. One way this can be achieved is through a simple change in interrogatives: Instead of asking, "What is Theosophy?" we can ask: "Where is Theosophy?"

Sure, we can take care of this with a single word: Everywhere! In fact, this answer may be self-evident to some. However, if we leave it at that, we may gain nothing, and there is a lot to be gained from giving this question serious consideration. In fact, there's a very particular reason I feel compelled to bring the question up. As I've observed in the time I've spent in the TS, when newcomers arrive with questions, they are most often directed to some piece of writing. Perhaps we hand them a brochure or two, or direct them to texts such as Blavatsky's Key to Theosophy. Once they've gotten the basic idea and are ready to dive in, there's one direction in which everyone eventually gets pointed. Regardless of which branch of the TS we look at, this destination is a matter of course. The common "mother" of the modern Theosophical movement, the one without whom we wouldn't be asking these questions under the name "Theosophy," is HPB and all roads lead to her magnum opus, The Secret Doctrine.

When groups settle into routines and habits such as these they develop a particular mental atmosphere. This phenomenon is in many ways beneficial. Such consistent reference to a particular vehicle for conveying ideas allows the development of a tradition and culture that hold a remarkable stability over the course of time, and which in turn helps to ensure the survival of the vehicle. The ancients, having built their great monuments in mighty stone, ensured that those monuments would stand for milennia. I wouldn't think to discourage the preservation of Theosophy by enshrining it in certain texts and continually using the ones that work best. On top of this, Blavatsky was an incredible human being with a very special gift for the assimilation, classification and expression of ideas from the simplest to the most confounding. She wrote with an eloquence and a poetry that deeply inspire the soul, girded by a penetrating reason and keenness of intellect that sharpen the mind of the reader. 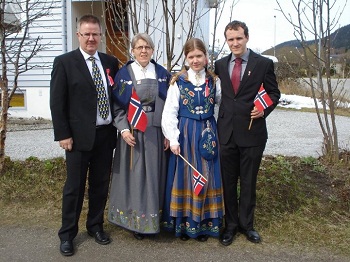 Nonetheless, I have a confession to make: I tend to resist making a complete study of The Secret Doctrine. It's ironic, because getting a taste of HPB's writings is one of the factors that made me gravitate towards the TS over some of the other groups that offer similar activities and share similar objectives. I loved her wit, and her shamelessly iconoclastic viewpoint. She was a rebel, which resonated with me because I have similar tendencies. Blavatsky was so very special, so very prescient, and before I joined the TS, I might have thrown myself headfirst into the SD. Once I spent some time as a TS member, though, I started to notice a pattern. With such an emphasis on  studying a certain set of writings in particular, the groups seem to begin unsconsiously identifying Theosophy with the books that convey it. When this persists long enough, it can even develop beyond a preference for a given source to a positive rejection of other sources that cast a different light on things. This is the opposite of the fierce independence that Blavatsky both displayed and explicitly encouraged. It's almost as if some of us would answer the question of "Where is Theosophy?" with, "Over there, in that book. It's all you need." One concession needs to be made here, for The Secret Doctrine is both immense and deep, and in order to come to understand it one must surely study it for years on end. A certain level of dedication and sustained focus is required to fully absorb what it has to offer. This is a blessing and a curse, for the more deeply one invests in a single source, be it The Bible or The Secret Doctrine, the more deeply one invests in the picture that it paints. As Theosophists we can be quick to point out when people of one religion or another seem too caught up in the unique details of their own cosmology. Do we make this same error when dealing with the cosmology Blavatsky set forth? Do we question it, or challenge our interpretation of it? Do we take it literally and/or begin to believe in it? Is there room in our minds for other possibilities?

Theosophy would be nothing more than a flight of fancy, a mere item of relative interest, were it not capable of impacting our lives directly. Can we find Theosophy not only reflected, but also transmitted, in our daily lives? How many of us have found that just as Theosophy has added depth to our experience of the world, that paying close attention to our lives—to our family relationships, to our jobs, to our life's work—can also enrich our understanding of theosophy? In this regard, it has been my experience that even the relatively little study of Blavatsky's writings that I've done has gone a long, long way. One drop of essential sophia can fill an ocean-sized void in the mundane realm with new meaning.

Can we find Theosophy even in the modern media, saturated as they seem to be with content that seems to cater to everything but our more exalted spiritual principles? Are there certain shining diamonds to be found in the rough terrain of sitcoms, loud music and booming blockbuster films? Somewhere amidst the noise and distraction, the sensory barrage that appeals mainly to the desire nature, are there examples of movies, songs and TV episodes that offer us something more sublime? Perhaps some of the gold is actually mixed in with the dross, still waiting to be refined? As we apply the wisdom teachings in our lives and refine our own character, do we also begin to refine the world around us?

This is all nothing new—there are many who see the potential for movies and music to serve as newer vessels for the Ageless Wisdom—but should we overlook video games? Often trivialized as nothing more than a distraction for idle minds, the pastimes of children, video games have evolved into something very different these days from the simple pixels of the originals. Today's games offer storylines as rich as the best movies, and even richer, for they incorporate an interactive dimension. A recurring theme in many games is a deep story in which the player plays a central role, and moral decisions must be made that effect the gameworld. I can hardly think of a better form of media in which to scatter nuggets of theosophy, though not necessarily labeled as such.

Look around, study the world around you as you would study the Stanzas of Dzyan, for even one day, and keep track of everywhere you see The Ancient Wisdom. If you haven't done this before, and you do it with an open mind, you will be pleasantly amazed.

Still, none of this should come as a surprise, because there is one reservoir, richer than all the rest, in which to find Theosophy. It is far deeper than it appears, incapable of being entirely exhausted, and its wide dispersal ensures the continued sustenance and presence of theosophy as long as humanity lives. In truth, every external source is but a reflection, a contrivance made to serve as a relay station, and it is the very reason that theosophy can be seen in so many other places, for it often radiates from this source into all our other works even without our conscious effort. Where is the best place to find Theosophy?

This, perhaps, is the reason it is so easy to confuse other sources for the real deal: Every other source requires the mediation of the mind, and it is the tendency of the mind to grasp, to wrap around, to dissect that which it encounters. Even the highest concepts presented to the mind, no matter the media, fall short because as long as we engage with Theosophy primarily at the mental level, we are kept by the mind's very nature from directly touching it. While the mind is adept at providing us with endless forms for containing, manipulating and applying it, those forms are in themselves artificial and lifeless without the essence that animates them. That essence flows from the heart. It is so very important to remember this, as it is the key to keeping Theosophy vital and living from one form to the next, from one era to all that proceed after it. When we open up our hearts and allow ourselves to be filled from within...that is when we become able to see and hear Theosophy everywhere we look. And every time we see it in a new place, we'll smile. It never gets old.