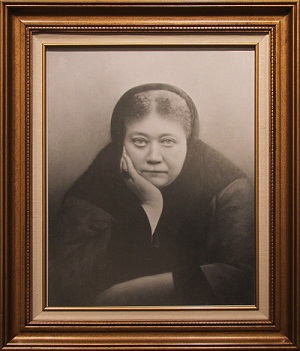 As you kindly invite questions relating to Theosophy, I make free to put forward some doubts, which I should feel very thankful if you would solve.

How are the nine actually known planets to be reconciled with the seven of Theosophy?*

How may it be possible for anyone who has no independent means to subsist upon to enter upon Chelaship? It seems as if the very first indispensable rule laid down in the April number of Lucifer, would render it absolutely impossible for any person, who has to earn his bread in any way, save perhaps that of writing books, to mount even the first steps of the ladder. Or does it mean, perchance, that some other human being should always sacrifice himself, should toil and labour many years of his life in order to facilitate the sublime aspirings to Adeptship—of another? One would think, in that case, that the humbler brother or sister (humanly, not kindredly speaking) was on the righter track to perfection according to the precepts of Theosophy.

Has any woman ever attained to Adeptship proper? Will her intellectual and spiritual nature and gifts permit it, even while supposing that her physical nature might endure the hardships therefrom indispensable? It should seem that the ultimate fate of “Fleta,”‡ in this her incarnation tends to demonstrate the negative answer to this question. But, on the other hand, it would testify of a, least said, curious partiality on the part of the “All-love” and “All-wisdom” to have denied woman, that half of humanity which is said to be the counter-type of even that Wisdom—Love being the masculine, Wisdom the feminine, principle in Deity—the means and possibilities to claim and attain the same high wisdom which is attainable for men.

Hoping for an elucidating answer in the pages of Lucifer.    C.S., Stockholm.

* The reasons are stated in The Secret Doctrine in several places.

Chelaship has nothing whatever to do with means of subsistence or anything of the kind, for a man can isolate his mind entirely from his body and its surroundings. Chelaship is a state of mind, rather than a life according to hard and fast rules on the physical plane. This applies especially to the earlier, probationary period, while the rules given in Lucifer for April last pertain properly to a later stage, that of actual occult training and the development of occult powers and insight. These rules indicate, however, the mode of life which ought to be followed by all aspirants so far as practicable, since it is the most helpful to them in their aspirations.

It should never be forgotten that Occultism is concerned with the inner man who must be strengthened and freed from the dominion of the physical body and its surroundings, which must become his servants. Hence the first and chief necessity of Chelaship is a spirit of absolute unselfishness and devotion to Truth; then follow self-knowledge and self-mastery. These are all-important; while outward observance of fixed rules of life is a matter of secondary moment.

‡ Fleta is a picture of a black magician, hence her fate. She is the Queen of Dugpas, selfish to the core and sacrificing all and everything to her desire for power.

[This has reference to Mabel Collins’ story, The Blossom and the Fruit, concerning which comprehensive information may be found on pages 91-93 of volume 8 in the present Series. —Compiler.]

Woman has as good a chance as any man has to reach high Adeptship. Why she does not succeed in this direction in Europe is simply due to her early education and the social prejudice which causes her to be regarded as inferior to man. This prejudice, amounting to a curse in Christian lands, was mainly derived from the Jewish Bible, and man has profited by it.