Our Work - James and Sally Colbert

[Sally and James Colbert are working together with those chemically addicted in their home/office in Julian, California. Dr. Colbert, a clinical psychologist, has consulted with hospital programs for alcohol addiction recovery programs. Both Sally and Jim were raised in Theosophical families. Sally continues as President and James as Treasurer of International Theosophy Conferences, Inc.]

In the last seven years International Theosophy Conferences, Inc. has occupied center stage – you might say “our work.” The motivation was straightforward. To us, it was not complicated. The first object of the Theosophical Movement is to “form a nucleus of universal brotherhood.”  The elephant in the living room has multitudinous divisions and “splits” throughout our history. It was like Theosophists believed in universal brotherhood, but not for each other. The King and the Queen had no clothes. 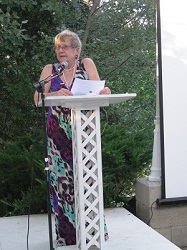 Needed, we felt, was something outside of traditional theosophy and an opportunity came. An informal group had been meeting on the USA West coast annually. The founder died. Although it lasted for a few years thereafter a conference organizer did not appear – except us. For some reason, Theosophists of several traditions had been coming to these meetings, and they had been held on a beautiful beachfront along the Oregon coast. And, we felt it had everything. It was not affiliated with any Theosophical tradition yet could stand for all traditions.

Another stirring haunted us. Theosophy was presented for the world. The world was in trouble. Even though many of the participants yearned for the informality found in the Oregon coast meetings, we knew more formality, despite its trappings, was needed. That is, if Theosophy was ever to take its place on the world stage. So, along with others we began an organization. We called  it International Theosophy Conferences, Inc. From this we established an online magazine, “International Theosophy Magazine.” ITC has as its primary purpose the intercommunication between all Theosophical traditions. Intercommunication can be a start towards the nucleus of universal brotherhood. 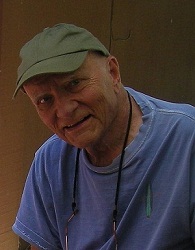 There are others now taking the lead in the furtherance of this work. Our work has shifted. It is to address what we see as another need in the Theosophical work. Both of us had the opportunity of growing up and having Theosophy as a continuing part of our lives. We have experienced the traumas involved in our own lives, our families and those that have been close to us.  One of us is a psychologist with over 35 years of private practice. A number of Theosophists who wanted psychological help knew of this background and he was contacted on a professional basis. The other of us helped run treatment organizations for children and delights in editing and writing what we do. She is the editor of International Theosophy Magazine.

We both sensed compassion and understanding could be found in the Theosophical literature for those encountering trauma. But there was a need to present this in a way that might reach the heart of victims and their families.

Not too long ago, we were approached by a Theosophist in Europe. It was said, “We have in our group a member who has a family member with severe mental illness. He wants understanding from a Theosophical view. Would you consider writing this?  It struck a chord. It also reminded us of others who experienced the great difficulties of life within their families. Tremendous pain can be experienced in Theosophical families too. Maybe even more, as the journey has begun.  The Buddhists do not have a monopoly on dukkha and the First Nobel Truth.

We are now giving attention, based on Theosophical teachings, to what we see as the need to offer understanding and compassion towards those who have experienced major life traumas.  Further, we plan, as well, to review current ideas offered in the psychological and psychiatric literature. To this date, we have offered, “Theosophy, Alcoholics Anonymous, and God,” and “Schizophrenia and the Search for the Soul.” We will soon have an article called “Suicide and Theosophy.” This work has necessitated extensive reviews of books and current research articles of our time. The rewards of “our work” are enormous. Our only regret is that we so wished we had done this much earlier in our life journey.