Yet, if it is the case that Theosophical truths can free us from the illusions of ordinary assumptions, how do we know that our Theosophical truths are True? Is it possible that they too—although far better than our ordinary assumptions about life—are only partial and distorted? The Mahachohan has said that the teaching the Masters proclaim is “the only true one” and that “Theos-Sophia, Divine Wisdom, . . . is a synonym of truth.” But is the Theos-Sophia of the Mahachohan the same as the Theosophy we understand and proclaim? Is it possible that our understanding of the Divine Wisdom may not be quite the same as that of the Mahachohan, not quite on the same level as his? 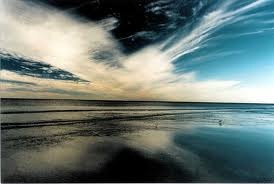 Truth is like that. The full Truth of Theos-Sophia is like the full range of electromagnetic radiation. It is eternal. It is absolute. But we are temporal, and we are relative. Our limited perceptions of Theosophical truth are as much as we, with our imperfections and limitations, are able to receive of the one whole Truth. The radiation of Truth is everywhere, but we can see only a tiny portion of it. So we must remember the wise words of Hamlet to his friend: “There are more things in heaven and earth, Horatio, than are dreamt of in your philosophy.” Or, as HPB wrote: ". . . though absolute truth is not on earth and has to be searched for in higher regions, . . . there still are, even on this silly, ever-whirling little globe of ours, some things that are not even dreamt of in Western philosophy" ("What Is Truth?" Lucifer, Feb. 1888, CW 9:33).

Moreover, even the tiny portion of eternal Truth that we can perceive, we do not perceive directly. It is like light. Astronauts who travel in space vehicles to the moon are traveling though sunlight, which radiates continuously into empty space. But because that space is empty, the astronauts see no sunlight in it. Space in itself is therefore lightless and black to the eye of an observer. In outer space, one is aware of the sunlight only when one sees it striking some object: a part of the space vehicle, another object rotating above the earth such as the moon, or the earth itself. Then the sunlight reveals that object.

Similarly, we perceive truth only as it is reflected off the objects around us. And the process of reflection distorts its light. Our Theosophy is filtered through our environment and heredity. So Truth appears as a many-colored, diverse thing, a bit different to each of us. That is not bad. Indeed, in its own way, it is quite glorious, a many-splendored, limitless thing. When the tiny portion of electromagnetic radiation that we can see is reflected into our eyes, we see it as of various colors, depending on the quality of the thing reflecting it. Some objects absorb all the light, so they appear to us as black, just like space itself, because they send back no reflected rays to our eyes. Other objects reflect all or most of the light, so they appear to us as white, the full spectrum of light. The color of any object we look at is that portion of the light-range of electromagnetic radiation that has bounced off it. We think an apple is red; the apple is really every color except red, because it has absorbed all the waves of light except those that impress our eyes as red. Paradoxically, we see the apple as red because it has rejected the red rays, while accepting all others.

We must take care to remember that the truths we see are conditioned and relative. There is an absolute Truth, just as there is an absolute Light. But we cannot see absolute Light and we cannot understand absolute Truth. We need to take care not to assume that the truths we think we know are the only or absolute Truth. Oliver Cromwell was a dictator in mid-seventeenth-century England, who was, in some ways, not a nice man. But he wrote some very wise words to the General Assembly of the Church of Scotland: “I beseech you, in the bowels of Christ, think it possible you may be mistaken.” I’m not sure that Cromwell himself always followed that advice, but it is nevertheless very good advice to keep in mind: “think it possible you may be mistaken.”
Those great souls who see more fully and accurately into the nature of things than we do see a somewhat different world from ours. Because of their enhanced vision, the Masters, and those like HPB who are close to them, see the unity, orderliness, and purposefulness of life with a directness and immediacy that we cannot achieve. And because they are alive to that vision of Truth, they embody unity, orderliness, and purpose in their own lives. To be alive to the Truths of Theosophy is to know how its great Truths are expressed in small details. Yet we must not become bogged down in those details, but remember always that the white light of Truth encompasses all the colors and synthesizes them in a splendor that surpasses even the peacock’s tail.

This article suggests two things. The first is that, if we are alive to the truths of Theosophy, they can free us from the conditioning of our ordinary assumptions—those assumptions that are called “conventional wisdom,” but that contain little true wisdom but are instead merely the collective prejudices of a community. Theosophical truths are thus liberating. Those truths liberate us by helping us to discover who we really are. The second is that what we understand to be Theosophical truths are themselves adaptations to our limited understanding of the full Truth of Theos-Sophia, which is absolute and timeless wisdom. Therefore we should never mistake our understanding of Theosophical truths for absolute Truth, but instead say with those who are wisely humble, “Thus have I heard.”

If we are alive to the truths of Theosophy, we will be free from the shackles of the ordinary assumptions of our culture. And if we are alive to the fact that our Theosophical truths are only approximations of the full Truth of Theos-sophia, we will be free from sectarian arrogance and narrow-mindedness. Then we will recognize that our relative Theosophical truths lead us ever onward toward the endless horizon of the absolute Truth of Theos-sophia. 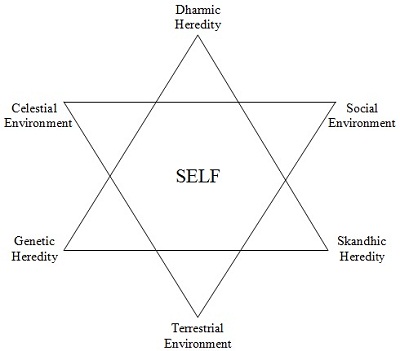