(1865-1949). Artist and author. Ryan was born in Halifax, England. His father was Irish, descended from the Ryans of Idrone, Tipperary; his mother was English. Ryan became an artist like his father whom he succeeded as headmaster of the government School of Art in Ventnor, Isle of Wight. Both father and son exhibited at the Royal Academy, London. 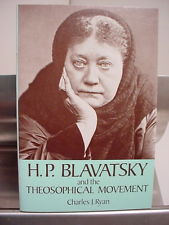 In 1894, Ryan joined the Theosophical Society, Point Loma, and in 1900 was invited by Katherine Tingley to its international headquarters then in Point Loma, California. For a near half-century until his death Ryan contributed his literary, artistic and scientific talents to instructing both young and adult students there and at Covina, where the headquarters and university were transferred in 1942. Ryan is best known to theosophists for his work, H. P. Blavatsky and the Theosophical Movement (1937).