In 1890 a Lodge was founded in Amsterdam by Dr. L. L. Plantenga. This Lodge was also affiliated with the French Section. Well-known Dutch Theosophists such as Mr. and Mrs. W. B. Fricke, and Mrs. P. C. Meuleman were members of this lodge. 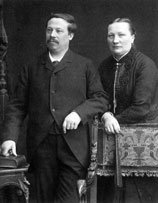 The Secession of 1895: A part of the American section under the leadership of Mr. W. Q. Judge separated from the Theosophical Society (Adyar). Mr. Judge founded a new organization, called the Theosophical Society in America, in 1895. This had repercussions in the Netherlands, where a separation also resulted, creating the Theosofisch Genootschap, with its own legal status.

The Vahana Lodge: On November 19, 1896, Johannes Ludovicus Lauweriks, an art teacher, designer, and architect (1864-1932), and the architect Charles Peter Cornelis de Bazel (1869-1923), together with several other people, founded the Vahana Lodge (in the Rules and Regulations of the Theosophical Society in the Netherlands also called the Wahana Loge). De Bazel and Lauweriks joined the NTV on May 31, 1894. The Vahana Lodge is one of the founding organizations of the Theosophische Vereeniging Nederlandse Afdeling (TVNA). The members of this Lodge were mainly architects and artisans, painters joining one of the other regular lodges. This Lodge also had a school that taught drawing, art criticism, and aesthetics. Its members made their designs on an abstract geometrical basis.

The Theosophische Vereeniging, Nederlandsche Afdeling (TVNA): A Theosophical Center was founded in The Hague on February 17, 1897. On March 30, 1897, this center was granted a Lodge Charter. Then six other lodges, countrywide, followed. On May 14, 1897, the Theosophische Vereeniging Nederlandsche Afdeling (TVNA) could be established. It was incorporated by Royal Decree on November 24, 1899. The NTV continued its legal existence until December 31, 1921. The headquarters of the TVNA were situated at Amsteldijk 76 in Amsterdam.

Piet Mondrian: The painter Pieter Cornelis Mondrian became a member of the TVNA in 1909, and probably remained a member until his death on February 1, 1944. It has been suggested that Mondriaan was influenced by Theosophy only in his early period. However, we now know that Theosophical philosophy was of great importance throughout Mondrian’s entire life and work.

The Theosofische Vereniging in Nederland (TVN): The name of the TVNA was changed to Theosofische Vereniging in Nederland (TVN) on February 14, 1979. Its headquarters are now located at Tolstraat 154, in Amsterdam, not far from the former location on the Amsteldijk. Currently the TVN has nine Lodges and seven Centers. It also has its own bookstore and publishing house. Four times a year it publishes the periodical Theosophia, a magazine first appeared in 1899; it is currently in its 114th year. 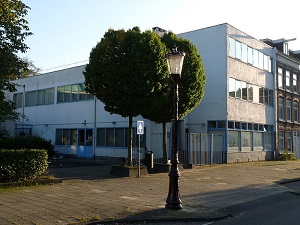 Headquarters of the TVN in Amsterdam