In November, 1884, William Q. JUDGE, then vice president of the Theosophical Society, returned to New York after visiting the Society’s headquarters in India. On the transatlantic crossing, one of his fellow passengers was a young Irishman, Albert E. S. Smythe (1861-1947) on his way to America as a prospective migrant. Their shipboard meeting was to have an important and lasting influence on both Smythe and the Theosophical movement in Canada: so inspired was the young man with what he heard from Judge that he devoted the rest of his life to the cause. Smythe did not settle down immediately, but, after early career experiments on both sides of the Atlantic in 1890, he eventually established himself in Toronto, Canada. 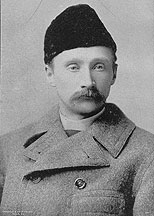 Smythe introduced Theosophy to that city and, within a few months, enrolled a sufficient number of members to apply for a branch charter of the Theosophical Society. These pioneers included the first woman to practice as a medical doctor in Canada and her daughter, who was the first woman to graduate from a Canadian medical school. A young English immigrant Algernon BLACKWOOD, who later became a successful occult novelist, was among these pioneers of Theosophy in Canada. Together they formed the Toronto Theosophical Society in 1891. Its charter bears the signature of Helena P. BLAVATSKY and was one of the last to be signed by her before her death. This branch is still active. 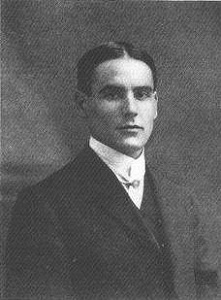 Although the TS gradually attracted members in the larger Canadian cities — branches were formed in Montreal and Victoria in 1892 — expansion was slow. Canada’s small population was scattered and vast areas of the young country were still virtual wilderness.

At this time Canadian members and branches came under the jurisdiction of the American Section of the Theosophical Society. At the 1895 Convention in Boston, the lone Canadian delegate voted with the majority to form the Theosophical Society in America as an autonomous body, under the Presidency of William Q. Judge. In the event, a small number of members in Toronto elected to remain with the original American Section. These were allowed to retain the original branch charter, while those who supported the change thereupon established a parallel Lodge, the two groups apparently co-existing fairly amicably.

The death of William Q. Judge in 1896 was followed by a turbulent period for the remainder of the decade, which ended with three Theosophical organizations in North America. E. T. Hargrove became president of the Judge group, but in 1898 the majority accepted the leadership of Katherine TINGLEY, who merged her society with a new organization known as “Universal Brotherhood.” Initially, most of the Canadian members followed her. In 1899, however, discontent led to a number of resignations and expulsions, Smythe’s among them. Stability gradually returned to Theosophy in Canada but the next decade was one of slow growth. In 1903 the two branches in Toronto reunited and membership increased. 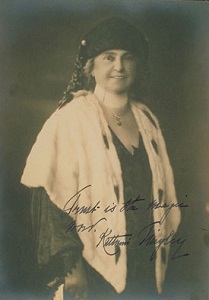 During this period, Adyar’s Canadian branches and members continued to be part of the American Section, and not until 1911 were there the requisite number of branches to form a separate Canadian Section. However, although various overtures to this effect came from the American headquarters, there was little enthusiasm for independence at this time.

Eventually two incidents caused concern among Canadian members. The first was an attempt by the Theosophical Society in America to influence the British government to release international president Annie BESANT from internment in World War I. This did not meet with approval by the Canadians who had fought on the side of the Allies from the beginning of the war, which America was yet to join. The second incident was a proposed revision to the bylaws of the American Section, which it was felt would give the President what amounted to autocratic powers. This was not appreciated by most Canadian members, who were loud in their protests and separation was actively pursued.

Finally, on November 12, 1919, the Theosophical Society in Canada was officially chartered as a national Section of the international body, and Smythe was the first General Secretary. Difficulties experienced in the transfer of records from the American Section initially added to the inevitable growing pains, but on the whole the new organization was off to a promising start.

One of the new Section’s priorities was to publish a monthly journal. So it came about as early as March 1920 that the first number of The Canadian Theosophist came off the press. From the first issue until his death in 1947, it was edited by Smythe and quickly built up a strong subscriber base both in Canada and around the world.

At this time, Smythe edited one of Toronto’s daily newspapers and applied traditional journalistic standards to the new magazine. To this end he allowed criticism of the Society to be expressed. Editorials, articles, and letters to the editor protested that the international Society had moved away from its original program as well as espoused various fringe activities. Teachings promoted by the magazine were mostly restricted to HPB, W. Q. Judge, and a few others.  There was much criticism of Adyar leaders and their policies. This might have passed without consequence, but the associated implicit and explicit criticism of President Annie Besant and Charles W. LEADBEATER was offensive to some members in Canada who took the view that Annie Besant, C.W. Leadbeater, and others were expanding the work by presenting the teachings in a simpler form understandable by the general public.  It was felt that in this they succeeded magnificently, attracting large numbers of members around the world.  Concern about the Section’s magazine’s strong bias in its criticisms towards the new teachings, calling them “watered-down theosophy” and criticizing some of the clairvoyant investigations being done, led some to appeal to Mrs. Besant to allow them to leave the Section but remain in the Society with special status. In 1923 she granted their request. They went on to form the Canadian Federation, thus making Canada the only country in the world having two distinct national Societies within the international body.

And so it was that in Canada, for a long time, there were two groups of lodges and members, namely the Canadian Section TS and the Canadian Federation TS, with the origin of these two bodies going back to the first quarter of the twentieth century. Normally the Theosophical Society does not approve of the existence of separate bodies in the same place, since its aim is to unite all people in a single nucleus of universal brotherhood. Only when there are “serious and weighty reasons” are lodges or individuals permitted to leave the concerned National Society and become directly attached to headquarters. There were such reasons to allow a Federation independent of the Section in Canada.

For seventy years, the two organizations, each in its own way, continued to serve Theosophy in Canada. From time to time, attempts were made towards reunification, but the will was never present on both sides at the same time. Nevertheless, the two organizations went about their activities separately but in relative harmony, nor was the status quo seriously altered when on January 1, 1992, the General Council of the Theosophical Society disassociated the Theosophical Society in Canada from its ranks, leaving the Canadian Federation as the sole official unit of the TS (Adyar) for Canada.

This turn of events occurred because in the 1980s the Canadian Section was being perceived as continuing to act somewhat like an independent organization, not fully cooperating and communicating with Adyar. Then in 1991, the Canadian Section (the TS in Canada) took steps to alter the picture further. Registered in 1976 as a corporation under the laws governing business corporations in Canada, some changes were made in its bylaws that were incompatible with the rules and regulations of the international Society. Though the then president John Coats objected, and the Section was given ample time to consider their decision, the situation did not change. Later, several amendments were again made to the Section’s by-laws eliminating all references to the international Society.

After discussion of the various aspects of the question, the General Council (the governing body) of the international Society decided on January 1, 1992, that since all references to the parent Society had been removed from its bylaws, the TS in Canada could no longer be considered as part of the international Society.  Adyar then had no recourse but to advise the Section of this.

Those who join the CTA do so knowing that the Canadian association follows the international rules of the Society and allows the members freedom to study Theosophy with an open-minded holistic approach.  Freedom of choice has not dampened serious study of Theosophy. Several groups across Canada conduct studies of such classics as The Secret Doctrine and the Mahatma Letters.

Theosophy in Canada has also been enriched with contributions from other organizations. The United Lodge of Theosophists has been active in various cities over many years. There have also been a number of Canadian students of Theosophy affiliated with the Point Loma Theosophical Society. La Societe Theosophique du Quebec, associated with the Canadian Federation TS, served for many years the French-speaking Canadians in Quebec.

Among the independent Canadian Theosophical organizations is the HPB LIBRARY. Founded in 1917 by Alice L. CLEATHER, a member of Blavatsky’s Inner Group, the library includes many volumes from her personal collection. In addition to a public lending service, the HPB Library keeps in print the Peking edition of The Voice of the Silence, the 1925 publication that was encouraged by the Tashi Lama, who also penned for it a brief exhortation, “The Path of Liberation.” The Library also publishes Cleather’s three books championing Madame Blavatsky. A catalogue of the HPB Library books available for loan is presently featured on the Website of the Canadian Theosophical Association.

The Blavatsky Institute of Canada was founded in 1924 for the purpose of reissuing out-of-print Theosophical literature. More recently, the Edmonton Theosophical Society of Alberta has in place an active ongoing program to reprint early Theosophical journals in quality bindings.  In British Columbia, the Victoria Theosophical Society maintains friendly, informal ties with Adyar through the Western District of the TS in America.

Magazine publishing has always been an important part of Theosophical activity in Canada. In 1894, Smythe had begun editing and publishing the first Canadian Theosophical journal, The Lamp. This independent monthly in a 16-page format attracted subscribers from all over America and a few in Europe, but most of its 5,000 print run was distributed by volunteers free to Toronto households. Publication was suspended in 1896, when the editor spent much of his time crisscrossing America lecturing to Theosophical groups. Resettling in Toronto, Smythe resuscitated his magazine. Still independent, it now aspired to an international reputation with Daniel N. Dunlop, former editor of The Irish Theosophist, then living in London, named as coeditor. Regrettably, this venture lasted only a year, and Canada thereafter remained without a Theosophical journal for the next 20 years, after which the previously mentioned Canadian Theosophist filled the void.

The Canadian Federation had been represented with a series of Theosophical journals, starting in 1929 with the Federation Quarterly. This was succeeded in similar format but with different titles: Federation News (1975) and Theosophy (1981). Also, for several years the Federation was well represented in the French language with the quarterly Ouverture, established in 1983. The current journal published by the Canadian Theosophical Association, is called The Light Bearer, a bilingual magazine with articles in English and French.