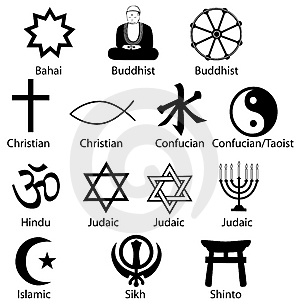 Origins. Many anthropologists consider modern religions to have evolved from earlier so-called primitive beliefs, usually identified as fetishism, totemism, or magic, and to have developed through polytheism or dualism to some form of monism, although not all extant religions can be so easily characterized. But other people, including some Theosophists, believe the reverse to be true, that fetishism and totemism, for example, are a degeneration of earlier theological ideas. Animism, described by the anthropologist E. B. Tylor (1832-1917), is the theory that religions arose out of a belief that natural things are alive, and thus there are also mighty spirits for major phenomena, which became objects of worship.Totemism, on the other hand, is an attempt to link a society or clan with an object, like a plant or animal, called a totem, which is considered sacred. J. G. Frazer (1854-1941), author of The Golden Bough, regards religion as a “child of magic,” that is, an attempt to control nature. The subjective theory of the origin of religion links religion with the psychological needs of human beings. Ludwig Feuerbach (1804-72) considers religious ideals as a projection of human desire. Sigmund Freud (1856-1939) wrote that God is derived from the human need for a father image.To Karl Marx (1818-83), religion is the attempt to soothe the unhappy human condition, thus it is an opiate.

H. P. BLAVATSKY states that the great religions are but the expression of the one Wisdom-Religion that has existed since time immemorial. She claims that religious beliefs considerably predate what Western scholars consider the beginnings of civilization, that they go back to Atlantean and even pre-Atlantean times. Blavatsky claims that religion “is as old as thinking men” and that none of the so-called founders of religions actually invented anything new (SD 1:xxxvi). She also claims that the Secret Doctrine (also called the Ancient Wisdom) is “the essence” (SD 1:viii) or “fountainhead” (SD 1:xliv-xlv) of all the various recognized religions, although none of the extant religions contains more than “a chapter or two” of the real truth. It is suggested, in fact, that scriptures should be interpreted allegorically or mythologically rather than literally (SD 2:657-8). And she concludes her discussion, scattered among the pages of her magnum opus, by quoting the motto of the Theosophical Society, “There is no religion higher than truth.” The Theosophical approach to religion is thus very different from that taken by historians, anthropologists, or theologians. In fact, members of the Theosophical Society belong to all the extant religions of the world — or to none.

Religion, Mysticism and Esotericism. Almost all the world religions have a dual component: a popular religion for the masses and a tradition of MYSTICISM or ESOTERICISM for the few. Islam, for example, has SUFISM; Judaism has the KABBALAH; Christianity has a mystical theology (for example in the sixth-century Pseudo-Dionysius the Areopagite; Hinduism and Buddhism are known for their mystical schools. The aim of such mystical movements is the attainment of unity with the divine or ABSOLUTE, such as moksha in Hinduism, fana in Sufism, or nirvana in Buddhism. The mystical movements are not always regarded positively by the mother religion, such as Sufism in Islam. Thomas Merton has noted that the mystics of one religion may sometimes feel greater affinity to the mystics of other religions than to the ordinary adherent of their own religion.
In addition to mysticism, religions can also have esoteric traditions, which often conflict with the established mainstream religion. Thus Christianity has Gnosticism and esoteric Christianity; some schools of Buddhism are considered as esoteric Buddhism; so is Sufism in Islam.

World Religions. The composition of world religions has changed much in the last century. The Encyclopedia Britannica of 2006 (“Worldwide Adherents of All Religions, Mid-2004”) estimates that various clusters of religions have the estimated number of adherents as follows: