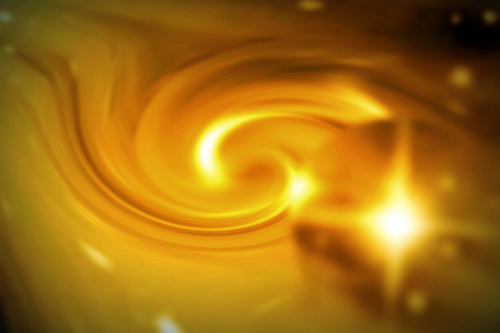 Cycles in Theosophy. Esoteric philosophy, however, extends such studies further than science does, including such matters as birth and rebirth, human races, the rise and fall of civilizations, and the emergence and disappearance of globes and solar systems. The doctrine of cycles is one of the three fundamental propositions of esoteric philosophy taught by Helena P. BLAVATSKY in The Secret Doctrine: “The Eternity of the Universe in toto as a boundless plane; periodically ‘the playground of numberless Universes incessantly manifesting and disappearing,’ called ‘the manifesting stars,’ and the ‘sparks of Eternity.’ . . . ‘The appearance and disappearance of Worlds is like a regular tidal ebb of flux and reflux’.” This indicates, she explains, “the absolute universality of that law of periodicity, of flux and reflux, ebb and flow, which physical science has observed and recorded in all departments of nature. An alternation such as that of Day and Night, Life and Death, Sleeping and Waking, is a fact so common, so perfectly universal and without exception, that it is easy to comprehend that in it we see one of the absolutely fundamental laws of the universe” (SD 1:16-7).