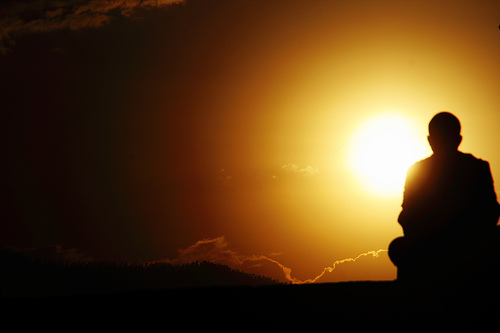 From our earliest years, each of us undergoes a process of conditioning or programming. That is an essential part of our development, since we could not survive in any society without conforming to the expectations of that society. Thus, we automatically respond appropriately to everything happening around us. But, moreover, we tend, to a large extent, to think and feel automatically as well. One who responds automatically in action, thought, and emotion is not open to significant change nor receptive to input from his own higher Self. A number of references to the “automated” individual occur in various spiritual traditions, such as these: “Men who are living here, are in a dream; and when they die then shall they be awake” (Muslim hadith or sayings of the prophet Mohammad); “He who seems now awake is in deep dream; his wakefulness is false and worse than sleep” (Sufi saying); “Watch ye therefore, for ye know not when the master of the house cometh . . . lest coming suddenly, he find you sleeping” (Gospel of Mark 13.35).

Awareness requires that we develop the ability to watch what we do, think, and feel, all from a dispassionate and nonjudgmental center of observation. To do this effectively demands one-pointedness. The usual method of achieving that condition is by practicing meditation, although some other ways may be less well-known. Raja Yoga is a practice that can lead to constant awareness. Its procedures modify the actions of the mind and hence the emotions, and thus lead to watchfulness. Spiritual awareness is central to Buddhism, in which it is called “Mindfulness.” Nyanaponika Thera in his book The Heart of Buddhist Meditation (pp. 23-7) defines three stages of mindfulness: (1) The most elementary form is simple attention, particularly in response to external stimuli. (2) Next is close attention, by which we compare our present perceptions with past experiences, for example, a craftsman’s attention to detail or a philosopher’s or scientist’s ponderings. (3) Last is Right Mindfulness, which performs the same functions as the first two stages, but at a higher level. In it, perception and attention are unconditioned.

J. KRISHNAMURTI refers to “choiceless awareness,” which “comes into being only when we are passively aware of the whole process of our consciousness, which is to be aware of ourselves without choice, without choosing what is right and what is wrong. When you are passively aware, you will see that out of that passivity — which is not idleness, which is not sleep, but extreme alertness — the problem has quite a different significance, which means that there is no longer identification with the problem and therefore there is no judgment and hence the problem begins to reveal its content. If you are able to do that constantly, continuously, then every problem can be solved fundamentally, not superficially” (The First and Last Freedom, pp. 96-7).