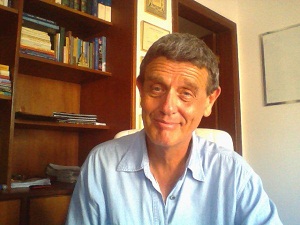 It seems to me that some Theosophical social networking sites are experiencing a kind of identity crisis. One should never generalize, there are exceptions of course, but a number of moderators are clearly maneuvering themselves into a self-appointed superiority position and they also have become increasingly intolerant towards those who hold views different from theirs. Contributors are banned, ridiculed or even demonized if their views don’t resonate with the views of the moderators; so much for freedom of thought, Theosophy and its principles.

It is certainly not my intention to also contribute to the apparent confusion by adding yet another personal view. What has become evident however is that some, while still calling their sites Theosophical or using the word Theosophy, have actually done away with H. P. Blavatsky. According to them, she, with all her literary output, has got it all wrong and, what is worse, she still might have been a fraud after all. What we call Theosophy today needs to be fully redefined or overhauled and it should never be exclusively connected with her.

We are told even that, if people want to know about Theosophy, they should be kept away from H.P.B. Theosophical Societies as we know them today are sloppy, watered-down enterprises, creating dogmas, turning Theosophy into a religion. We are warned especially about followers of H.P.B.; they, again according to some commentators, are obsessed, clinging on to vague beliefs and unseen phantasy masters. H.P.B. and her thoughts do not fit in the twenty-first century; she limits creativity and blockades progress. So-called Blavatskyans are true dangers to the human race. You are warned!

I might have been totally mistaken but I never believed that Helena Blavatsky was the ultimate messenger, but from my limited observation I think she came quite close though. Therefore, to state that those who choose to study her work exclusively are limiting themselves, are rigid and just plain silly, is simply not true.

I have always found it difficult to discuss typical and profound Theosophical subjects with others, let alone to talk about Theosophy via the internet. It’s such a very personal experience that I am forced to share when I go out in the open on the net; perhaps I am just too shy. This leads us to a subtle question. Could it be that Theosophical social networking sites have outlived themselves, do they really have a function; are they able to come across? Can Theosophical teachings be discussed on the net, and will it be possible to fully grasp the magnitude of this phenomenal system of thought while glancing into the monitor of one’s laptop?

I don’t have the answer but I do know that the internet offers much but at the same time it also has a number of limitations, and often dialogues there end up in uncontrolled “for or against” fights whereby everybody loses. Perhaps for that reason, the Theosophical Society in America (Adyar) decided to close their Ning site which is on the one hand regrettable but on the other also understandable.

Not long ago contributors to another site spent much time ardently discussing the newly discovered proofs that Albert Einstein indeed had a copy of The Secret Doctrine in his desk. I don’t underestimate the significance of such a final proof, but it was striking how very excited some were. Rather than talking about what The Secret Doctrine has to offer to the world, it was all about the usual social networking chit-chat and alleged possibilities. Did I miss the point here?

Am a little old fashioned?  But yes, I believe that the crucial question should not be what Theosophy can do for us, as if one were able to consume it, but what we can do for Theosophy. In this respect I believe that actions as well as deep study can help us. We might read different books and follow different lines of thinking. Perhaps we visit various internet sites and contribute there if we wish, but by the end of the day, only our deeds count and nothing else.

So instead of bullying others, telling them what to think or not to think, we should be occupied with unconditionally and humbly helping this troubled planet, so, what have you done today…?

Here are some typical sites for you to check out:

http://theosnet.ning.com/
(would not agree with the moderators; interesting read nevertheless)

http://groups.yahoo.com/group/theos-talk/
(a site founded by Eldon Tucker, currently run by someone else)