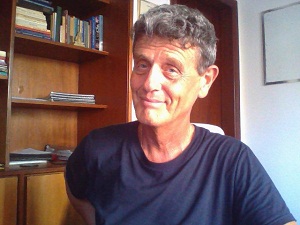 The meeting of International Theosophy Conferences held August 9-12 at Olcott in Wheaton, IL, USA, was an overwhelming success. As with the previous ones, last year’s meeting in Julian was also a striking example, it became indisputably clear that Theosophists from the various traditions are fully capable to meet one another respectfully on a shared platform. Delegates and organizers have good reasons to be energized and inspired, looking out for the 2013 New York meeting with great optimism.

Nevertheless, at the same time, it is bothersome that some Internet sites and their moderators are singing old and dull songs, and that shouldn’t be unnoticed. Through personal attacks and abominable “exposes” filled with over-the-top prose, they assert or insinuate that those who do not agree with their stance cannot be called true Theosophists. They really ought to reconsider their attitude and take a good look at themselves first.

A danger is lurking in a sound and well-meant initiative such as the yearly letter-writing to the international president of the Adyar Society under the “Justice to Judge” banner. During the last two years it seems to have gone beyond its original objective. Obviously, any acknowledgment from the international president is welcome. The notion, however, that someone at top of an organization, in this instance someone who is utterly unwilling to cooperate, makes all the difference and can give William Judge the recognition he undoubtedly deserves is clearly a wrong one. This is not in line with Theosophical thought but is based on a paternalistic approach. Any recognition, awareness, or growth comes from within — so from the bottom up and not from the top down. If we are to do W. Q. Judge justice, let’s do just that by reading and profoundly studying the invaluable writings he left us. In my opinion, that is exactly what he would have wanted.

When Theosophists belonging to all existing Theosophical organizations and also independent Theosophists, by studying and exploring his work, become conscious of and start to appreciate what that great man had to share, no endorsement from any top is needed.

Many members of the T. S. Adyar all over the world do recognize Judge as one of the three main founders. Those who came to Wheaton in August for the ITC meeting, for example, noticed that in the corridor on the ground floor his portrait is placed next to the portraits of both Olcott and H.P.B. and that his complete oeuvre is available in the Olcott Library. It is sad to see that Judge’s portrait is not among those who are referred to as eminent Theosophists on the official web-site of the T. S. Adyar and that his name is not mentioned in the historical overview on that same site. That is not good, but by working our way from the bottom up it will be only a matter of time; we need to be patient.

In above mentioned yearly appeals to the leadership in Adyar to do W.Q.J. justice, it is also suggested that the Judge case should actually be reopened. It is highly questionable whether a reopening really would shed new light on the case through the discovery of documents that could lead to other conclusions. Yet from a practical point of view, for sincere investigators or students, the Adyar archives and all other Theosophical archives spread out all over the world should always be accessible for research.

In this context, in an earlier editorial on Theosophy Forward, I wrote the following: “William Q. Judge was a fine man, a great Theosophist, but also a human being. Like all of us, he had shortcomings, but so had his contemporaries. To judge Judge, to do him justice in any way, or to look at events that took place more than one hundred-and-seventeen years ago, it needs to be done cautiously. This is the task of Theosophical historians and qualified specialists who are able to do so impartially. Ideally, members of this team, meeting the qualifications, should come from the various Theosophical organizations. A great exercise in Brotherhood indeed.”

I am concerned because I have seen that the Judge Case and the Justice-to-Judge initiative is being used as a portal to ventilate personal accusations towards some within the Adyar Society. That is not doing W. Q. Judge any justice at all, nor does it contribute to achieving unity. Only following the compassionate path, always respecting stances held by others, especially when those stances are not in line with ours, will lead to understanding; and understanding means union. Hijacking old conflicts, making those conflicts one’s own, adopting them in such a manner that one actually becomes that conflict, distracts and leads to frustration, division, and ultimately to nothing.