Ever since Theosophy Forward appeared on the Internet three years ago now, its call for unity has been evident. When it began in March 2009, there was urgent need for another and more positive outlook on Theosophical affairs since the Adyar organization was facing great challenges at the time. The TS Adyar, like many other Theosophical or spiritual organizations, is still facing challenges and Theosophy Forward’s pointer function has hopefully led to a growing awareness for the need of a shared platform where all of us can meet. 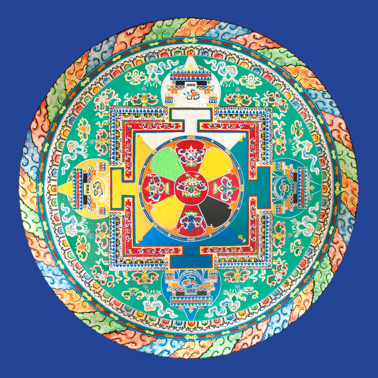 H. P. Blavatsky’s presentation of Theosophy and our understanding of it is the ground on which we come together. Although there may be differences in our elucidation of Theosophy, those differences should never drive us apart but instead challenge us to truly perform the art of listening, while setting aside worn-out prejudices.

So we are faced with choices. Theosophists from the various traditions can choose to live together as true human beings, or they can drift apart as herds of competitive wastrels, in which case, noncooperation will eventually give way to nonexistence. In this respect, we are confronted with almost insurmountable obstacles on a daily basis. Yet can we realistically choose other than to take on such obstacles?

We have seen that actions and activities divide us. The changeable nature of our activities creates division and keeps us separate from and strangers to one another.  If we are ever to achieve unity—that is, unity in compassion—we need to understand the teaching of occult philosophy that human beings do everything under the influence of fundamental natural forces. It is up to each one of us to begin to understand those forces and finally to weave them into a magnificent and divine whole. That is the great activity before us.

In one of my favorite Theosophical books, written by the Belgian Theosophist C. J. Lindemans, entitled Theosophy Its Essence and Value, which has never been translated into English, I found these lines and have translated them because they are so applicable: “The Theosophical Society denies its essence if it allows concomitant purposes to take precedence over what is stated to be its main objective and what is, in fact, the rationale for its existence—Universal Brotherhood.”

So, growing awareness of nonseparation is the beginning of the journey we have entered on together. Whatever unity we have in mind, spiritual or other, it always needs to be compassionately supported, as we realize there is but one truth and that all of us, merely by searching for it, make humble attempts to be its representatives.

Some say that the conflicts we have seen in the past might have made us stronger, purifying us, promoting intellectual and spiritual depth. But, of course, that’s only partly true. The hidden root of conflict lies in the many levels of ignorance and self-interest and in a lack of altruism. Altruism is possibly the noblest feeling that can well up in the human heart.