Anecdote about a dog 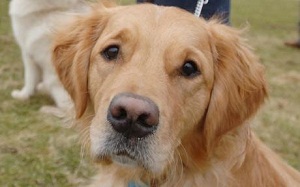 In Texas, way back in 1982, a 2 year old child had been walking with his grandmother when Arf, the family dog, became very agitated; the dog became so agitated that the grandmother thought it best to take the child inside. Mrs. Sparks, the child’s mother, came out to find Arf in a fight with a 24 inch north-American coral snake, she shot the snake but Arf had a lot of bites and scratches and had to be admitted into a veterinary hospital for 24 days where it made a strong recovery.