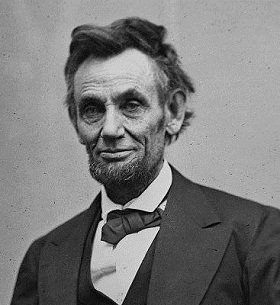 In 1846, Lincoln ran for Congress as a Whig against an evangelical Methodist named Peter Cartwright.
One day during the campaign, Lincoln attended a religious meeting at which Cartwright, after a stirring welcome, invited everyone who wished to go to heaven to rise. Several congregants complied.
“Now,” Cartwright continued, “those who do not wish to go to hell will stand!” With these words, everyone else rose up, with a single notable exception.
“May I inquire of you, Mr. Lincoln,” Cartwright asked, “where you are going?” Lincoln rose. “I came here as a respectful listener,” he calmly replied. “I did not know I was to be singled out by Brother Cartwright. I believe in treating religious matters with due solemnity. I admit that the questions propounded by Brother Cartwright are of great importance. I did not feel called upon to answer as the rest did. Brother Cartwright asks me directly where I am going. I desire to reply with equal directness: I am going to Congress!”