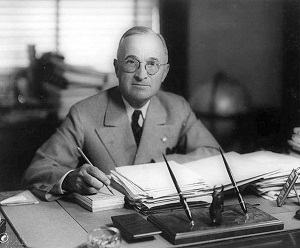 Harry Truman was once asked by a young student how he might get started in politics. "You've already started," Truman replied. "You're spending somebody else's money, aren't you?