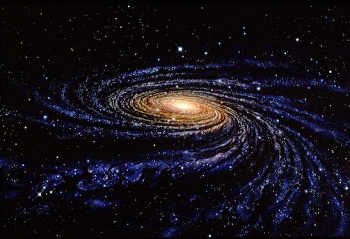 The TS has attracted and (hopefully) will continue to attract scientists of the highest calibre. Leaving aside to the realm of Theosophical folklore the question whether Einstein possessed a copy of the SD, in the early days the TS attracted such luminaries of sc as Crookes, Lodge, Edison were members of the TS. But I would like to concentrate on and acknowledge the contribution of those scientists whom I had the privilege of knowing personally and for decades, most of whom were instrumental in what is known as the TRC. (Theosophical Research Centre)

TRC:
This Centre was formed in the 1920s and worked actively for over sixty years. It comprised a group of eminent scientists (including a Fellow of the Royal Society) who were also senior members of the Theosophical Society. They met in order to forge links between science and Theosophy, and investigate whether some of the occult doctrines in Theosophical literature could be supported by modern science. Their declared attitude purported to be in the same spirit as that advocated by the Founders of the modern Theosophical movement towards the teachings they promulgated, namely, that the latter should not be taken as authority, but rather investigated with openness, impartiality and without dogma. Topics covered by the Research Centre included occult chemistry, the etheric plane, clairvoyance, psychical research, cosmology, geology, and medicine.

All their discoveries were meticulously recorded in the Science Group Journal, renamed in 1972, the Research Centre Journal. The consummation of their efforts was Intelligence Came First—a book of composite authorship edited by E. Lester Smith, FRS, with revisions by Patrick Milburn in 1990. As its title implies, the book demonstrates that consciousness is a fact of nature, that intelligence is primal and that the cosmos is grounded in and pervaded by Intelligence. The scope covers intelligence, the brain and computers; the origin of terrestrial life; and genetics and evolution. The book offers a re-interpretation of science from such a transformed standpoint and provides robust evidence to refute the traditional scientific theory that preaches the role of ‘dead’ matter and blind chance, allied to the materialistic notion of consciousness being merely a by-product of electro-chemical molecular activity in the brain.

Over a five year period starting in 1960, the Research Centre also did important investigative work to determine whether some science-related assertions made in Theosophical literature (both classical and post-Blavatsky literature) could be verified in the light of modern Science. 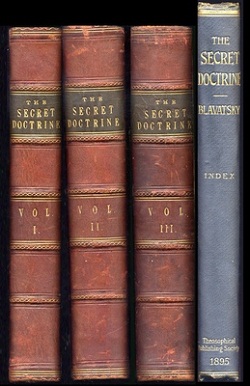 A discrepancies group was formed, meaning discrepancies between science and SD – you can imagine how well that went down with some people. I’m not going to dwell on these supposed disagreements except to mention one that is so dear to Dr Hugh Murdoch reader in Astronomy at Sydney University whom I will mention later. The question was over the precession of equinoxes. Now what so rightly irritated the likes of Hugh is why can't we just say the SD could well be wrong in such matters of detail. It’s no affront to HPB’s magnificent work if some details are incorrect, also for example when the US submarine Nautilus found no submerged continent under the polar ice caps. It’s better to admit errors than resort to get out platitudes such as its symbolic. What's so symbolic about an actual Continent supposed to exist that is found not to exist.

The TRC was ultimately dissolved in the 1980s when it became apparent that the primary impetus was being compromised by a split between those who wanted to maintain the essential characteristic of exploration and research and others (unqualified in science) who insisted that the SD had the ultimate dictate on all matters scientific. For a while the impulse moved to America where it became the Theosophical Research Institute. But Lester-Smith felt that the emphasis was too much on education and not enough on research and he believed that the torch should be passed to Australia in view of his high regard for Dr Hugh Murdoch and being especially impressed with Richard Silberstein’s work on mind and brain.

Lester Smith scientist, horticulturist, author, lecturer, editor, lifelong vegetarian Chairman of TRC. Elected a Fellow of the Royal Society of London for research work in the vitamin field, especially for the isolation of vitamin B12. He was Head of, I believe, the Glaxo Laboratories.
A man of enormous humility and warmth – a quality highly in abundance from all – without exception of these top-grade scientists. All of them were immensely helpful genuine people-persons – forget any idea of a cold and heartless scientists. Real scientists are full of warmth – their imitators may be cold and arrogant.

In a paper on Four Levels of Attention, Lester-Smith has this salutary message for those who think they are well on the way to developing clairvoyance. He says, I quote: “The finest form of meditation and perhaps the surest way to find the path, is simply to be continuously aware of every aspect of the world around  ¬–  and also of the world within, of thought and emotion. Incidentally, those who desire to develop extrasensory perception might well be advised to pay fuller attention to their normal senses by way of preparation.”    I love it!! Learn to crawl before you can run!!

Next someone I had the honour of knowing intimately for some 30 years. In fact his was the second lecture I was to hear at the TS HQ in London and many years later I chaired his talks to the Blavatsky Lodge. Arthur Ellison was a lifelong member of the TS and a prominent member of the SMN.

Arthur Ellison was a distinguished voice in paranormal research and Emeritus Professor of engineering at the City University in London. He was twice president of the Society for Psychical Research. Once drawn towards a paranormal phenomenon, he had the engineer's skill to explore it with carefully designed experiments. He stressed the need for scientists not only to study psychic events in others, but to try to develop those experiences in themselves. He himself underwent OBE's, lucid dreaming and clairvoyant episodes. He ran a training course in parapsychology each summer at Loughborough University and published widely in engineering and in psychical research.

A man of unimpeachable scientific rigour and integrity combined with an open mind. Ever prepared to look at the facts, once convinced he would stick to his guns. If he didn’t know he would openly say so.  Not from Arthur would you ever hear something like “the fohatic current from an Akashic cloud generates cosmic electricity” in order to get around something he didn’t know. “I don’t know but I’ll try and find out and devise an experiment” was his way – the mark of true humility – the mark of a true scientists and a theosophist.

In his Blavatsky Lecture, Arthur stressed that it is imperative for theosophists to read and study literature that lies outside mainstream theosophy – obviously we may say, for otherwise how can one compare and contrast. Spirit can no more be trapped in matter than Theosophy trapped just in The Secret Doctrine.

It was Arthur Ellison more than anyone else who put the paranormal on a solidly SCIENTIFIC footing.

A Chemical Engineer and Director of Research at Imperial Chemical Industries with an especial involvement in yoga and meditation. He used to love telling us the story of how he and his colleagues were once completely flummoxed by an experiment which just didn’t seem to work despite all their efforts and analysis. So he went home and meditated, and in a flash realized that all he had to do was to turn one piece of apparatus upside down on its head. And it worked.

Had a D.Sc in chemistry – co-authored an abridgement of SD.

Reader in  Astronomy at Sydney University who was quite forthright in pointing out contradictions and aberrations both within the SD itself and between the SD and modern astronomy, for example regarding precession of the equinoxes. However he states, I quote:  “whilst it is proper to face up to such issues in matters of modern scholarship in relation to Theosophy, I do not believe that the Theosophical philosophy stands or falls by such matters, but rather the essential features are its basic principles as embodied in Blavatsky’s three fundamental propositions. 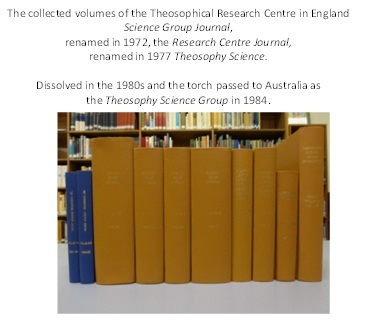 The TRC was ultimately dissolved in the 1980s when it became apparent that the primary impetus was being compromised by a split between those who wanted to maintain the essential characteristic of exploration and research and others (unqualified in science) who insisted that the SD had the ultimate dictate on all matters scientific. For a while the impulse moved to America where it became the Theosophical Research Institute. But Lester-Smith felt that the emphasis was too much on education and not enough on research and he believed that the torch should be passed to Australia in view of his high regard for Dr Hugh Murdoch and being especially impressed with Richard Silberstein’s work on mind and brain.