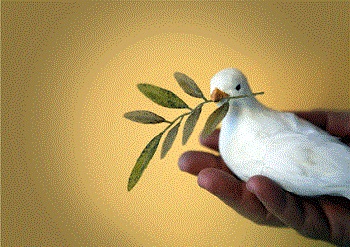 Like every reasonable person we strongly regret and condemn the fact that a small group made so many innocent people pay for their frustrations in such a brutal way. But we don't want to leave it there. We encourage people and nations to unite in their struggle against the instigators and the causes of these acts of terror. However, this should not happen on the basis of 'an eye for an eye'. In which case a spiral of violence will develop which will fuel many negative reactions. Still, we do believe we can safeguard ourselves from violence and terror in the future.

The main objective of the I.S.I.S. Foundation (International Study-centre for Independent Search for truth) - a platform for all searchers for truth - is to form a nucleus of Universal Brotherhood. Going from this objective, the Foundation tries to develop initiatives to arrive at a more peaceful world. In its efforts, it mainly focuses on the causal side, which means, it tries to accomplish a change in mentality. This pamphlet offers several principal thoughts that might trigger a broad exchange of views. We hope that everyone longing for peace and non-violence will give serious consideration to these thoughts. We would gladly receive your reactions.