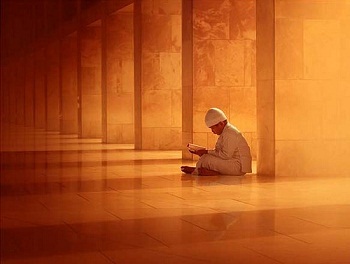 The term Islam derives from an Arabic root meaning “submission,” and that is another characteristic of the Abrahamic religions. Adam and Eve’s sin in the Garden of Eden was not submitting to the prohibition against eating the fruit of the tree of knowledge of good and evil; Abraham was prepared to submit to a command from God to slay his son Isaac as a sacrifice until an angel stayed his hand; and in the garden of Gethsemane, Christ prayed, “My Father, if it is possible, may this cup be taken from me. Yet not as I will, but as you will.”

The founder of Islam was Muhammad (ca. 570 – June 8, 632 CE), whom Muslims regard as the final and greatest of the messengers of God, because he restored the original, uncorrupted faith of Adam, Abraham, Moses, Jesus, and all earlier prophets. At the age of 40, he began receiving messages from Allah (God) through the angel Gabriel, who commanded Muhammad, “Recite!” The result was the Koran (the name of the Muslim scriptures, deriving from a verb meaning “recite”). The Koran consists of 114 chapters in Arabic, which is the sacred language of Muslims and which they believe cannot be adequately translated into any other language. 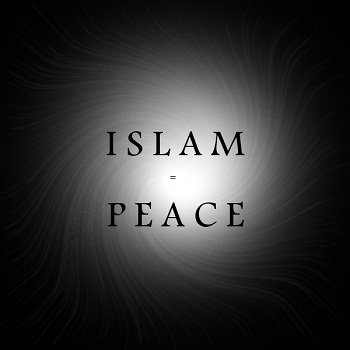 The five pillars (or basic practices) of Islam are (1) a declaration of faith that “there is no God save God and Muhammad is his prophet,” (2) five obligatory prayers at various times during each day, (3) alms-giving, (4) fasting during daylight hours during the month of Ramadan, the ninth month of the Islamic year, and (5) the Hajj or pilgrimage to Mecca, obligatory for every able-bodied Muslim. After Muhammad’s death, Islam rapidly extended to north and east Africa, parts of Europe, Asia (near, middle, and southeast), and elsewhere. It also developed a number of denominations of which the following are notable (based on an account in the magazine the Economist, of May 12-18, 2012, p. 67):

Islam in Theosophical Literature: Theosophical literature has not treated the teachings of Islam at length or in depth. H. P. BLAVATSKY quotes approvingly New York’s Episcopal Canon I. Taylor’s praise of Islam: “When Mohammedanism is embraced . . . [h]ospitality becomes a religious duty, drunkenness becomes rare, gambling is forbidden. . . . A feeling of humanity, benevolence, and brotherhood is inculcated. . . . Islam introduces a knowledge of reading and writing, decent clothes, personal cleanliness, and self-respect” (CW 9:143fn). Annie BESANT has written of “the greatness of its Prophet and the nobility of his teachings” (Beauties of Islam, Adyar 1912 lecture, printed as a pamphlet in 1932 and later, pp. 8-9) and equated that prophet with other great Teachers: “Muhammad, Christ, Zarathushtra, Moses, the Rishis and the Bodhisattavas stand in one mighty Lodge, Guardians of humanity and of nations; they know no difference between each other” (Seven Great Religions [Adyar: Vasanta Press, 1966], pp. 230-1). Richard Williams Brooks has written that “the frequent reference to a ‘book of deeds’ or kitab ([Koran] 17.13-4, 18.49, 21.94, 43.80, 45.28-9, 82.10-2, 83.7-9 and 83.18-20), in which all our actions are recorded, could easily be interpreted as an allusion to what is called in Theosophical literature the akashic records. The frequent mention of ‘seven heavens’ could plausibly be interpreted to refer to the seven planes of manifestation described in Theosophical literature.”