From T. Petrischevskaya the editor received the following: 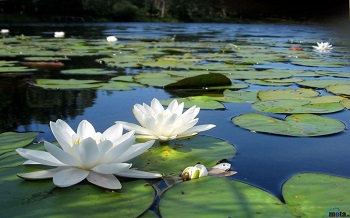 In May the international vice-president of the Theosophical Society (Adyar) Mr. Mahendra Singhal visited Ukraine. On May 8, in the hall of the "Knowledge Society" in Kiev the celebration of White Lotus Day took place in which he took part. On the same day he answered questions from local Theosophists about his approach to Theosophy. On May 9 and 11, he conducted a seminar on "The Deeper aspects of life" which was attended by circa 50 participants from various cities in Ukraine and 5 participants from Russia. On May 12 Mr. Singhal left for Dnepropetrovsk where visited the memorial house of H.P. Blavatsky.

Mr. Singhal’s encounter with participants of the seminar coincided with White Lotus Day. The declamation of touching passages from the Bhagavad-Gita, The Voice of the Silence and The Light of Asia which became the landmarks on the spiritual Path, set the tone for the seminar and created a solemn atmosphere. The venue where the seminar took place was located in green suburb of Kiev. The vice-president’s wife Mrs. Shashi Singhal also took part in the events. She is a 4th generation Theosophist, as her great-grandfather was a co-worker of Annie Besant. In spite of his high office Mr. Singhal and his wife proved to be sincere and open-hearted. Thanks to them an atmosphere of unity, oneness and mutual understanding was established.

The topic "The Deeper Aspects of Life" was taken after the title of the book by N. Sri Ram known in Theosophical circles as an internationalist, genuine idealist and a profound philosopher, who joined TS when he was 19. He was its international president as from 1953 for a period of 20 years. The book has not been translated into Russian yet.

The main written sources, on which the seminar's work was based, were At the feet of the Master by J. Krishnamurti, Light on the Path by M. Collins and The Voice of the Silence by H. P. Blavatsky which are well-known among Russian Theosophists. These books seem to many less important than The Secret Doctrine, but this seminar has proven that such an impression is not very correct. Mr. Singhal demonstrated that apparent simple passages contain very profound values and instructions; they are multifaceted, revealing instructions to all seekers of Truth. We became convinced once again that all which is profound can also be simple at the same time.

The seminar enabled all of us to touch upon the beauty and pithiness of the old Indian wisdom, to live and realize the simple but half-forgotten truths, to see the great in the small.