A new Theosophical center was opened in Florence for the activities of the Theosophical group “Roberto Hack” currently chaired by Mario Marapodi. This new center, comfortably and well furnished is now located at  Piazza Santi Gervasio e Protasio 7, where also the group’s library operates from.

The inauguration was celebrated on December 7, in the presence of Antonio Girardi, General Secretary of the Italian Theosophical Society with members and sympathizers in a fraternal and enthusiastic atmosphere.

All this was made possible thanks to the generosity of the late, but never forgotten, Florentine Theosophist Annunziata Capecchi. She actually lived for a long time at this same location.

The photo underneath, taken about ten years ago, portraits Annunziata Capecchi (far right) together with Antonio Girardi, with another well-known Italian Theosophist,  Giuliano Felli (far left)  who turned one hundred years old a few months ago. Good wishes to all the Florentine members: may the new center become a place of Universal Brotherhood without distinctions, and bear witness to the Unity of life. 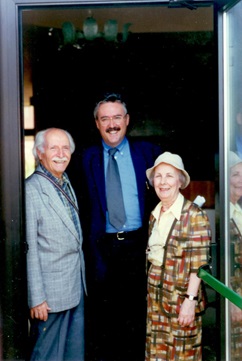 The connection between meditation and general individual health is a widely discussed topic. Because of this, it is significant to carry out proper scientific research to evaluate, also by experimental scientific methodologies, the impact of meditation on psychological states and general health of all those who practice it regularly.

Italian press agencies announced that the Bologna Health Service is carrying out research concerning a Tibetan meditation practice, by applying the so called Tonglen method to a group of patients in an oncology ward.

The tests started in February 2013 and the project is supervised by Prof. Gioacchino Pagliaro, director of the clinical psychology department in Bellaria hospital. Prof. Pagliaro has been interested in meditation for over twenty years.

Patients will continue their normal curing process by also practicing meditation. A series of measurements and of clinical comparisons before, during and after the tests will help to evaluate the results.

This important study reminds us of the lectures on “Theosophy and Meditation”, delivered in Assisi during the 2011 National Congress of the Italian Theosophical Society.

On that occasion Vittorio Demetrio Mascherpa showed the partial results of research he had been conducting, in order to evaluate the impact of meditation on work and study by applying strict scientific evaluation criteria. 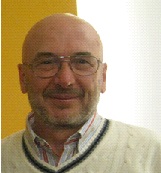 The final results of his research will be published in the April issue of the Rivista Italiana di Teosofia in an article with the title: “La meditazione nel mondo del lavoro: presupposti e ricerche” (Meditation in the World of Work: Premises and Researches).