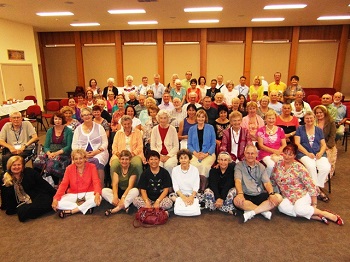 The public talk by key speaker Professor Richard Silberstein, whose professional area of speciality is neuroscience, was particularly well received in a packed hall. He spoke on ‘Intuition: a Transpersonal and Neuroscience Perspective’.

The other key speaker was Dr. Jenny McFarlane. Jenny is an art historian, curator and writer who advises on a number of public collections in Canberra, Australia’s capital.  She spoke about the influence of the Theosophical Society on a number of Australian Artists and had a book on this subject published in 2012. At the end of her talk she mentioned that the members in Australia could be proud of their heritage. 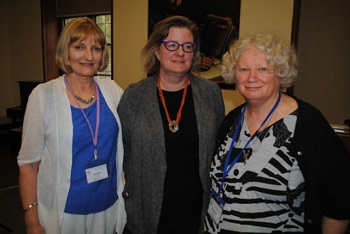 A variety of other items on the programme included talks, two evening musical concerts, an interview by the National President with two long-time members, workshops, a day outing to some seaside towns and a workshop for Lodge/Branch Committee members.

All in all it was a happy and vibrant week. TS members from other countries are welcome to attend Australian Conventions and can watch the Section’s website for details around the middle of each year:  www.austheos.org.au