The 51st Summer School of the Theosophical Society in Argentina was held at the T.C. in San Rafael, from January 16th to 21st.

Guest speaker, Dr. Ravi Ravindra, gave a public lecture on Science and Spirituality in the city with more than 200 people attending and offered two seminars on “The Yoga of Christ” and “The Yoga of Krishna.”, given at the T.C. 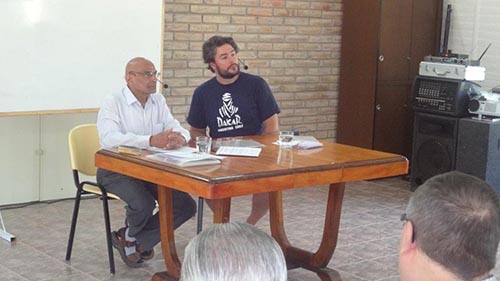 The Summer School was attended by about 90 people coming from different cities in Argentina, but there were also participants from Bolivia, Paraguay, and Uruguay. 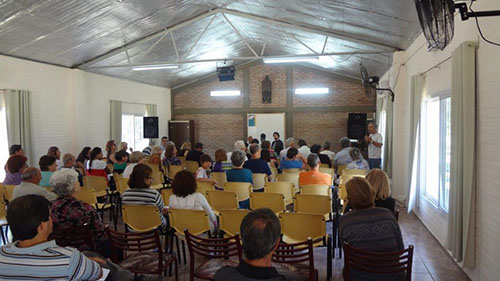 Shot from the entrance of the auditorium

Having Dr. Ravi Ravindra and Priscilla Murray in the Centre has been a wonderful experience for everyone.

A National Congress was also held from January 22nd to 25th, as part of the Summer School, in which “The Golden Stairs and Our Work” was discussed, coordinated by Nélida Vera.