It goes along with the principles of Theosophy to respect life in all forms, in the human, animal, and plant kingdoms. Consciousness is evolving at every stage and we need to care about all life in oneness, the basis of which is respect. That care is taken seriously in practical life at Adyar. There are many examples, but the following two have raised recent questions. 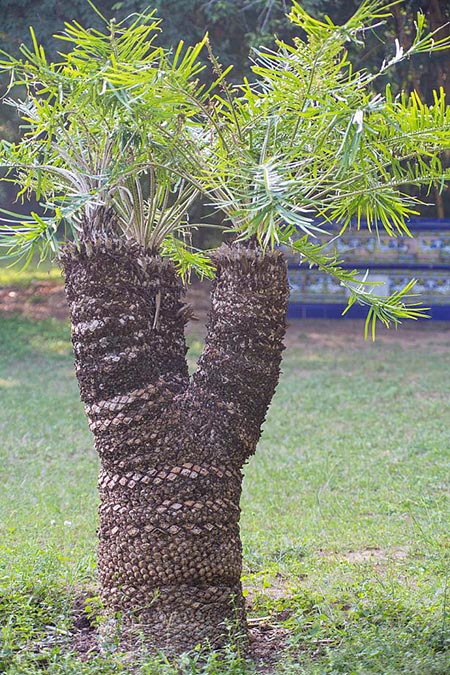 Adyar is a Nature sanctuary, which is carefully looked after. Its beauty is well known. Nature thrives year by year during the monsoon, the insects and ants flourish, thickets increase, and trees get overgrown and crowded. Forests need care as well, but no trees are cut due to anyone’s whim. Individual buildings and houses begin to get hidden and taken over by trees, the branches reach the walls and enter through windows, giving ants nice pathways into the structures. The Garden Department has much work in Adyar and they do their best in keeping the many roads and views sufficiently open. Especially before Convention time, the main areas are cleaned and cleared.

Recently an Indian newspaper, The Hindu, erroneously wrote that over 70 trees were cut from around the Olcott Bungalow area, the President’s residence. That is definitely not true.

“In former times the path leading to the Bay of Bengal in front of Olcott Bungalow had been wide and open. Over the years that pathway had become overgrown. That overgrowth was recently removed, that is, 21 trees, all except 3 were small, with a diameter of 4 inches or less. None of the forest around the path was disturbed. The Adyar estate has minimally 100,000 trees. It is a place where respect and reverence for the natural world has been the practice for over 100 years. We have treated it as a place for spiritual regeneration and as a resource for the city of Chennai. Under my administration there has not been, nor will there be any indiscriminate felling of trees, particularly old-growth trees.”

On the day the article appeared the President contacted the reporter at The Hindu to correct certain inaccuracies.It became apparent that the journalist received second-hand information which had not been verified before writing the article.

Another on-going concern has been the welfare of animals. Up to a few months ago, in Adyar there were 31 cattle, which needed sufficient attention. Considering our resources and to ensure the welfare of the cattle, a search was initiated for a farm that would take care about half of them and guarantee that they would not be raised for slaughter. Eventually a farm was found in Krishnapuram village near Arakkonam, Tamil Nadu, and last June 16 of them  were donated to the farmer. Recently an official from Adyar visited that farm to see that the promises were being kept, and he was glad to see that the cattle were doing well. Currently Adyar dairy has 21 cattle, due to several newborns.

When walking in the compound we can admire the place, listen to the various birds singing, and look at the beautiful flowers. This is a sanctuary and will be kept as such, for animals as well as for people.

The program of the 139th International Convention is attached. It will be held at Adyar from 26th till 31st December. The theme is “Theosophy in a Changing World”.