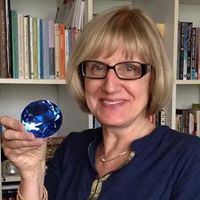 Dear Friends, I warmly thank you for all the encouraging wishes received on my appointment as the International Secretary of the Theosophical Society. This is all so supportive and encouraging while looking forward to working in the President’s team for the cause of the TS at Adyar.

The Secretary’s Office in Adyar has good assistants (Sudha and Nora) and we all serve gladly and communicate well although I am not yet fully in Adyar (it will come true step-by-step). The requests to the Secretary are handled, if not immediately, within a convenient time depending on the matter.

Concerning our international President Tim Boyd’s first 5 months, I want to draw your attention to how extensively he has visited and spoken on Theosophical events. Several hundreds of members have had the great opportunity to meet him in person, talk with him, share views and get acquainted with his wide-open mind. After taking up the presidency on the 27 April 2014, he worked a few weeks at Adyar, then hosted the Inter-American Theosophical Federation meeting at Wheaton, Chicago, from 28 May to 1 June; he was the guest of honor at the 100th Convention of the Italian Section of the TS, from 5 to 8 June; presided over the 128th Annual Convention of the TS in America from 18 to 22 July; immediately followed by attendance at the first international education conference held during the last week of July at the TSA headquarters; was the guest of honor for the 37th European Congress of the TS in Paris, 30 July to 3 August; and was the guest in the Dutch Day in the Netherlands, 10 August. He also attended and spoke in the International Theosophical Conference in Naarden, the Netherlands, from 15 to 18 August. He then proceeded to Adyar for a number of administrative and planning meetings.

When we look at the countries represented by the members attending those events, we can realize the worldwide aspect of the sharing that took place: In Wheaton there were members from Argentina, Brazil, Chile, Costa Rica, Cuba, Dominican Republic, England, Honduras, India, Mexico, Puerto Rico, Spain, USA, and Venezuela. In European events there were members from Australia, Austria, Belgium, Brazil, Canada, England, Estonia, Finland, France, Germany, India, Ireland, Italy, the Netherlands, New Zealand, Portugal, RDC Congo, Russia, Singapore, Slovenia, Spain, Sweden, Switzerland, Ukraine, Uruguay, and USA. If some country is missing, it just shows how widely our Theosophical brothers are spread worldwide.

Many talks and lectures have been made into videos to be viewed at:

As Adyar is the heart and international headquarters of the TS, this is to remind you about the School of the Wisdom sessions and/or the international Convention at the end of the year. For those who cannot attend events elsewhere, the local Lodges and study groups serve in bringing theosophy forward. In this work we all are involved, and I wish you all serenity and inspiration for the Theosophical work in your country.

Some dates in the Theosophical Calendar (October and November)

Hope to meet many of you during the upcoming International Convention.

We have 462 guests and no members online