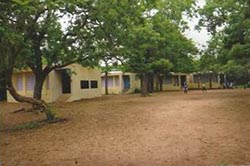 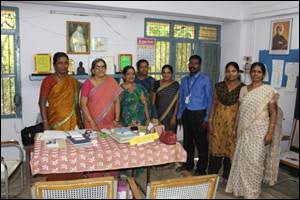 In 2013 the decision was taken to turn the school into a “Higher Secondary School” by adding a class at eleventh year level. This coming June 2014 a twelfth and final year will open. The new eleventh year class has 32 students who are offered courses in the commerce stream with subjects like economics, accounting, commerce and computer science. There will be courses in science and humanities streams next year if a minimum number of students come for admission. With these studies completed, they will be able to apply either to a university or for entry to a vocational training programme. It is hoped that some of them will join the Vocational Training Centre recently set up on TS land.

As we can imagine, the staff are very proud of this step forward in providing needy children with equal educational and employment opportunities. Started by our TS co-founder, Col. H.S. Olcott, in 1894, the school is located in the south-eastern part of Besant Gardens. It provides free education in Tamil, along with textbooks, uniforms and a nutritious breakfast. The government pays for the midday meal of the 460 children and the school adds a nutritional supplement. 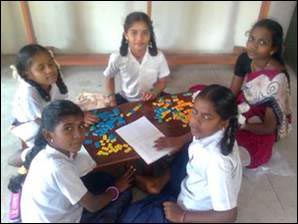 The second reason our help is needed is because in spite of receiving a wage increase in June 2013, its teachers are still significantly underpaid. The Olcott Education Society (OES) – the entity that runs the school – has a “corpus fund” (also known as an endowment fund) which brings in enough income to cover one-third of its running expenses. For all the rest, it depends on donations. Since donations fluctuate from year to year, those in charge cannot commit to higher wages for the teachers, for fear of not being able to continue paying them. Dr. Chittaranjan Satapathy, the Secretary of the OES and International Secretary of the TS, says that the help of the TOS in building up the corpus fund would be greatly appreciated to sustain the recent increase in pay and to attract competent teachers for the higher secondary school with higher pay.

TS and TOS members around India and the world are not the only ones who support the school. Last year fans and electric lights were installed in the 14 class rooms where junior classes are held. Local branches of the State Bank of India donated the fans and the organization “Dream Runners” donated the cost of the electrification. This is excellent news, isn’t it? – but rather exceptional.

Some TOS groups donate regularly to the Olcott School, of course, but in addition to efforts already being made, can some of us make an extra response to this special call?

TS and TOS members are all invited to consider donating to the Olcott School. A website provides information on the school’s vision, history, curriculum, etc.:http://www.olcott-school-chennai.org/

For details on how to donate from outside India, write to the international secretary of the TOS, Diana Dunningham Chapotin, at This email address is being protected from spambots. You need JavaScript enabled to view it. .

We have 301 guests and no members online