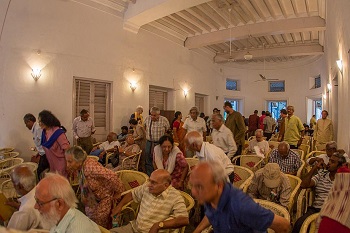 S. Ramu, the president of the Madras Theosophical Federation, introduced Ali to a record crowd of about 100 people. In his concluding remarks, Ramu quoted J. Krishnamurti as having said that we do not take the laws of karma seriously because, if we did, our conduct would be vastly different from what it actually is. He expressed his hope that Ali’s message would inspire a transformation in the lives of all those who attended the program. 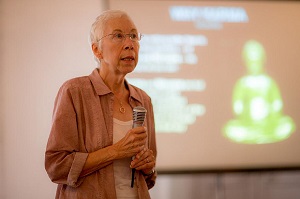 When the meeting ended, many of the participants surrounded Ali with further questions and gave her their e-mail addresses, as she generously agreed to send them an electronic file with her slides. Mr. S. K. Srinivasan, Secretary of the Madras Theosophical federation proposed a vote of thanks.

Photos by courtesy of Richard Dvořák