Why Such Moral Weakness?

Radha Burnier - India
(from “On the Watch-Tower”, The Theosophist, December 2005) 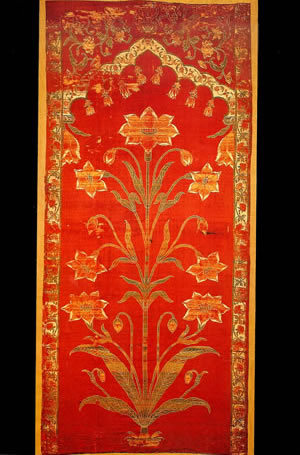 One wonders why most human beings are morally so weak. Even well-educated persons with a good family background fall prey to temptations, which may not even appear as temptations to them. For example, when a group of people are gossiping about somebody, how many have the moral strength not to join in, and how many will exert their influence against idle talk? Very few. Most people are dragged along whatever current they find themselves in.

Temptation in the form of desire for power is very common. Well behaved and modest persons are known to succumb to it on attaining a position of authority over others—humans andanimals. Then the desire for power expands, and in a crisis such people might do dreadful things.

Temptation is not outside but within the mind, as Oscar Wilde realized when he said: ‘I can resist everything except temptation.’ But we can strengthen ourselves internally and set up such vibrations in our own bodies that they repel undesirable external forces and make us safe morally and spiritually. Almost every day polluting elements and energies are attacking everyone’s physical body, including car-exhaust, viruses and other things. Only persons in good health have the resistance to withstand them. Similarly, the subtle bodies (etheric, astral and mental) are also subjected to impacts from outside. Because these bodies interpenetrate and react on each other, each level affects what happens in the others, which explains why anger may cause stomach ulcers or high blood pressure and so forth.

There are experiments nowadays to monitor global consciousness which may confirm what we have since long known Theosophically, that the sum of emotions and thoughts prevailing in the world can affect various groups of people or individuals, prodding them to friendliness or ill-will, generosity or possessiveness. When there is a surge of emotion and large-scale pressure is put on those who are weak, they are unable to resist wrongdoing. Social history shows there are concealed emotional forces at the lower astral level which may make normally nice but weak people accept or join in cruel, vulgar or other undesirable activities.
There is also the pervading force of mental restlessness, pushing weak minds into distraction and obstructing them from quietening down. Because the lower mind in general revels in self-importance, even a small position or a label or title of some kind makes people think they are better than others.

At the Feet of the Master explains clearly in simple words that the astral body ‘wants you to be angry, to say sharp words, to feel jealous, to be greedy’ and so forth; and ‘your mental body wishes to think itself proudly separate’. But we are not our bodies. When we are more aware of this, we have resistance to debasing vibrations and are endowed with sensitivity and care for others. The Buddha’s teaching ‘Cease to do evil. Learn to do good’ implies that when a person succumbs to wrong, he is prone to be indifferent to the good.

When we feel important and superior, we must think over what is in fact great. Can the outer personality ever be great? From the spiritual viewpoint, it is great when it abolishes itself and becomes a mere instrument of the higher spiritual nature, which is not individual, not mine or yours, but the universal spirit. Light on the Path teaches ‘Desire power ardently.’ This seems like bad advice, but it is followed by the statement that the only power worth desiring is the power to appear as nothing in the eyes of men. A great deal of moral strength is needed to reach that state in which one does not want to be anything and one does not get flattered into thinking that one is somebody.

In the Mahatma Letters, there is mention of ‘a thousand and one furies’ that the pilgrim must conquer—Doubt, Scepticism, Scorn, Envy and so on. In the Buddhist tradition these furies, called fires, are reduced to anger, greed and delusion. Perhaps they can still further be reduced and summed up in the word ‘greed’—greed for power, for possessions and for pleasure. These three forms of greed are the basis from which all the minor ‘fires’ arise. For instance, if there is greed, there is also competition, anger, envy and so forth. Greed for power is one of the most pernicious, and lust for possessions and pleasure may drive people to commit horrendous crimes.

So we must teach ourselves ways and means to maintain our inner integrity, our true nature, and not be dragged down by the forces which come from every side—from outside and inside. Temptation comes in a myriad forms, and it is our task to build up such immaculate purity and selflessness within ourselves that we renounce naturally—not merely as an idea—the love of power, possessions and pleasure, and develop sensitivity and openness to the true and the good.