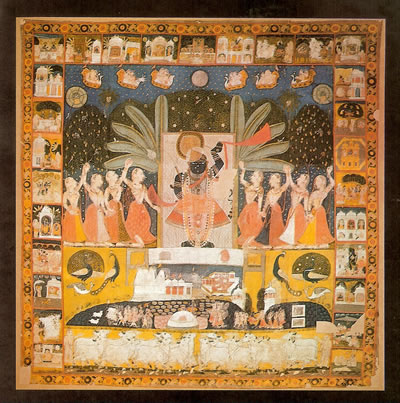 In this fine excerpt, the author and early student of H.P.B., Alice Leighton Cleather very vividly  describes the events leading up to her first meeting, well,  the first meeting was called off, it actually was a ‘second’ meeting, with H.P.B.

Like the way that led up to the Countess’ (Wachtmeister) first meeting with H. P. B., my own path to her was strewn with obstacles. My husband and I, with our two child¬ren, were living at Eastbourne when H. P. B. carne over to England from Ostend in 1887, having been practically driven from India in 1885. I had met Mr. Bertram Keightley shortly after I joined the Theosophical Society, and from him received help and encouragement that was invaluable as from an older to a younger member. He knew my keen desire to meet H. P. R, and kindly undertook to arrange it, if possible, while they were at Maycot, Norwood (a London suburb). But he warned me that it might be a difficult matter as” our old Lady” was apt to be, well, a little uncertain and capricious at times. I did not care the proverbial two pins what she was in those respects, if only she would see me. I had a profound conviction that I was approaching a crisis in my inner life, and that everything depended upon getting into touch with her. See her, therefore, I must and would.

We were not well off at this time, and a journey from Eastbourne to London, and back, was not easy to compass. I had a small sum at “the bottom of a stocking,” put by against a rainy day. This I now determined to use for my little pilgrimage. Indeed, I felt like a pilgrim, to an unknown goal; and I set out for London with no small excitement, and very definite high hopes. A friend had lent me a room for a couple of days, so I was spared that expense. Maycot was a small villa occupied at that time by Mrs. Keningale Cook (a well known novelist, daughter of Mortimer Collins and niece of Willkie Collins) better known to Theosophists by her maiden name, Mabel Collins, as the scribe of Light on the Path.

I well remember Mr. Keightley telling me on our way out to Norwood that, in their frequent arguments,” she and H. P. B. could be” heard halfway down the road “-when the windows were open! We walked from West Norwood station and, sure enough, when we got within about a hundred yards of Maycot, I heard loud and apparently angry voices floating — or rather ricocheting — towards us down the road. I was rather aghast, and Mr. Keightley’s murmured remark that he was afraid ” the old Lady “was in” one of her tempers ” was not reassuring, particularly as he added that she would probably refuse to see me! She did: Nothing would induce her to, I could hear her saying so when Mr. Keightley went in (leaving me outside on the door¬step), and rating him soundly for bringing a total stranger to call at such an inopportune moment. In vain he reminded her that she herself had made the appointment, and that I had come up from the country on purpose to keep it. No, she was adamant; also angry (at least I thought so then). So I had to return sadly to London, and thence to Eastbourne, my “savings” gone, and my “high hopes” dashed to the ground. Truly I was greatly upset, as I imagined I must be “unworthy.” All the same, I by no means abandoned my determina¬tion to see H. P. B. in the end — worthy or unworthy. Of course I was the latter; we all were; but we were all too tragically unconscious of it, and of the real nature and greatness of the being we so misunderstood and misjudged.

Later in the same year, 1887, I at last attained my heart’s desire; and once more Mr. Keightley was the Deus ex machinâ. He obtained an invitation for me to 17, Lansdowne Road, and himself took me there late one afternoon. H.P.B. had moved into the West End of London from Maycot, and we had left Eastbourne for Harrow, a North-western suburb, so journeys were no longer a difficulty. When we were ushered into the well-known double drawing-room on the ground floor my attention immediately became riveted on the figure of a stout, middle-aged woman seated with her back to the wall before a card table, apparently engaged in playing patience. She had the most arresting head and face I had ever seen, and when she lifted her eyes to mine, on Mr. Keightley presenting me, I experienced a distinct shock as her extraordinarily penetrating blue eyes literally ” bored a hole” through my brain. She looked stead¬fastly at me for a few seconds (most uncomfortable ones for me) then, turning to Mr. Keightley, remarked indignantly:”You never told me she was like this”¬, absolutely ignoring his assertion that he had repeatedly done so. Exactly what “like this” indicated I never subsequently discovered…….

Such was my introduction to the greatest incarnated Soul of our times; but at that early date I realised nothing more than that she took one’s breath away; and that life was never the same again.”