The Importance Of Questioning 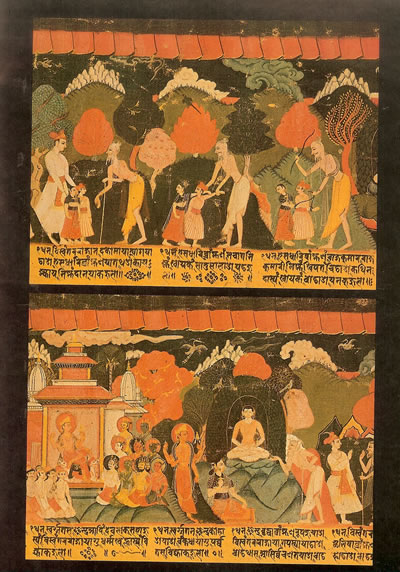 It has been asked how “repentance of sin” is related to human transformation. In several places in the New Testament the word translated as “sin” carries the meaning of failure to hit the mark or the target. When we miss the target, there follows an effort to train our eye.  And we question ourselves: What are we to concentrate on? Are we to concentrate on the drawing of the bow? On the arrow? Or must we fix our sight on the bull’s-eye itself? If we miss the target, do we say, “Oh dear, I shall never be an archer; I shall never be able to shoot straight”? We can give up in defeat and say, “This is not for me; I can never do it” Or do we say, “Obviously, I was not giving it my full attention. I shall try again.”It seems to me that if we can see “sin” in this manner, “repen¬tance” will be to simply try again. “Re-pent” is to “think again.” It is to act in a new way, with clarity of vision. And this is part of the process of human transformation. Failure in itself is not so very bad; it can, in fact, be good for us. It is better to be a glorious failure than a mediocre success because anybody can be successful at some¬thing he already knows how to do, but we are called upon to move beyond ourselves. As Browning put it, “a man’s reach should exceed his grasp, or what’s a heaven for?”The process of transformation begins with the consciousness that awakening or enlightenment is possible. This is not to be achieved at our first attempt. The Buddha, being a human being like the rest of us, did not achieve Buddhahood at the moment of his awareness of its possibility. The process “takes time.” Time was once seen simply as linear, but today we recognize other modes of time such as biological and psychological time. We know, too, that there is mythic time-the “once upon a time” with which every good fairy story begins. It is not a historical date but a time-ness that is ever present.

So, we shoot the arrow. If it fails to hit the mark, we retrieve it and view the target again. The acceptance that one has missed the target — that one has, for the moment, failed — is part of the trans¬formative process. Let us not be afraid of failure. If we have never failed, it only means that we have never tried to do anything. We fail because we are trying to achieve something that is beyond our¬selves. Let us pick up the arrow and shoot again.

It has been stated that much of the evil in the world stems from religious dogmatism. Popular Christian belief considers the Bible to be the Word of God, the infallible source of spiritual belief and knowledge. H. P. Blavatsky, in The Secret Doctrine, questions reli¬gious dogmas based on the Bible. Should the Theosophical Society continue her struggle against dogma as part of its work for human transformation? Today, theological dogmatism is arrayed against scientific determinism. Where does Theosophy stand on this issue?

Before considering religious dogmatism-whether it is the Christian belief in the Bible or the Hindu in the Vedas as the final word of the Divine, or any other religious orthodoxy, we must examine what we mean by the word religion. It is said that the Theo¬sophical Society is to be the cornerstone of the future religion of humanity. This indicates that religion in itself is not wrong; indeed, I think that we should foster true religious feeling. Most of the great religious teachers pursued a path to understanding and did not set out to found a new religion. They were in search of answers to seri¬ous questions. They probed into the root of these questions and out of their enquiries their followers developed dogmas and creeds that they said must be adhered to.

There is the story of a cat that kept on mewing and moving restlessly about in an ashram. This disturbed the meditation of one of the monks, and so he tied the cat to the bedpost to keep it quiet By and by, the monk achieved interior enlightenment. His followers assumed that all they needed to do to reach the same spiritual state was to get a cat and tie it to a bedpost! This is what has happened in most religions; only their “cats” are dogmas and creeds. If you tie a cat to the leg of your bed you no longer have what Socrates called the “examined life,” or an alert and open mind that asks questions.

Modern scholarship has greatly expanded our knowledge of the Christian Bible. It is made up of books written by human beings, some of whom were enlightened sages, others were visionaries, oth¬ers were the journalists of the day who wrote about contemporary events or about the acts of a great person, or who simply recorded what they saw. Others were initiates who presented the mystery teachings in symbol and allegory.

These books were selected out of many others by certain elders of the Church who then constituted them into Holy Scripture. We know from modern discovery-the Dead Sea Scrolls, for example, or more recent translations of certain Gnostic texts-that there were many other versions, interpretations, and statements of the wisdom-tradition. We also know a great deal more about the exact meaning of the Hebrew from which the Old Testament was translated, and of New Testament Greek, thanks to the advances in the field of lin¬guistics and to the study of comparative language.

It was only in the last century that many of these linguistic and etymological discoveries were made and, today, scholars tell us that there must have been a language pre-dating the Indo- European. HPB refers to this language as Senzar. This may have been the root language that gave rise to the Indo- European languages. Of course, there are other families’ of languages in the world besides the Indo¬-European– Finnish-Hungarian, for example.

The advance of scholarship, then, gives new meaning to the words of the Bible and so we have the American Revised Standard Version as well as other translations. In addition, there is a good deal of information dating from the early period of Christian history and of other religions also.

HPB says that a Theosophist is one who engages in indepen¬dent inquiry. Are we genuine inquirers who are seeking to under¬stand? Or have we merely a set of ready-made answers?

The world that we live in today is not the world of HPB more than a hundred years ago. Theological dogmatism and scientific determinism belong to the century in which the Theosophical Soci¬ety was founded. Today there is the battle between those who accept the theory of evolution and those who promote what is called intel¬ligent design. Not everything that HPB wrote, or that appears in the Mahatma Letters, is necessarily correct. We must be alert to the conditions of today. The principles are the same, but why should we apply them in the same old ways? They must be newly applied by original thinkers. “Science is our best ally,” declares one of the Mahatma Letters. Although there has been much progress in the realm of scientific thought this does not mean that every scientist has abandoned determinism or behaviourism. But the scientist is for¬ever probing, and it is this spirit of research that is really true sci¬ence. The human being was not meant to be mindless. The very word man is derived from the Sanskrit word manas implying “to know, to have a consciousness that embraces, that is ever expanding, that is constantly alert.” Some religious leaders, for example Martin Buber, are among the great thinkers of our time. Is the Society equally alert to the human condition of today?

We are sometimes asked what the Theosophical Society has done for world peace. Perhaps we underestimate the Society. We sometimes forget that it has already had a considerable influence on world thought. Einstein, for example, is said to have read The Secret Doctrine, not to gain scientific knowledge but, as he is reported to have said, to stimulate his thinking. Robert Andrews Millikan, who discovered cosmic rays, once declared that it was The Secret Doctrine that impelled him towards the discoveries that led to his Nobel Prize. Not because it gave the answers but, again, because it pro¬voked thought. And if we believe that thoughts are energies, the Society can still exert its influence in the world.

H. P. Blavatsky, a woman from the nineteenth-century, is still being talked about, either praised or blamed-mostly blamed. Annie Besant is still a living presence, at least in India. Why should people still be interested in these women? What is the force that is still felt in the presence of people like these?

In the same way, Theosophical philosophy, with its vision of a unitary reality, of an ordered system, of a meaningful and purposeful universe, still has its impact and will continue to command attention if we give it new life and vitality. That is, of course, if we have experienced it for ourselves-if it is meaningful to us. We can, each one of us, exert an influence; let us not underestimate what the individual can do.

Published in The Theosophist, Volume 105, March 1984 under the title ”Answers to Questions”