Prohibit conversations about race, racism and racial inequalities? (In the Light of Theosophy) 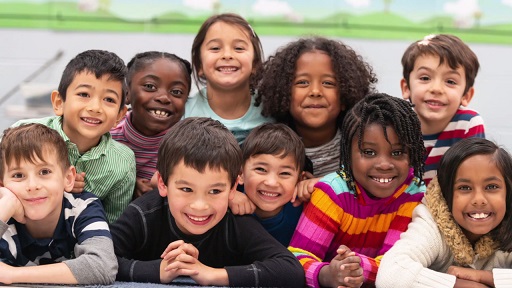 [This article appeared in the December 2022 issue of The Theosophical Movement. For more articles published in this excellent magazine follow this link:  https://www.ultindia.org/current_issues.html]

In the recent past a series of laws were passed in several states of the United States of America that discourages or prohibits teachers across the country from having explicit conversation about race, racism and racial inequalities. The same is with the view to avoid making any student feel “discomfort, guilt, anguish or any other form of psychological distress on account of that individual’s race or sex.” However, psychologists who study how parents and teachers communicate with kids about race, are of the view that such laws are not likely to help children, because years of research has shown that from an early age children notice racial ethnic disparities, such as, in wealth, so that white families have nice cars and bigger houses, and black families possess lower-wealth items, which may result in white children preferring and choosing to play with other white children of their age than Black. Secondly, it is natural for children to seek explanation when they find differences between people or groups. According to psychological concept of “inherence bias,” when we come across someone who behaves in a distinctly different way, we assume that there is something inherently different about that person. Likewise, children are likely to attribute wealth difference between communities to their capabilities or intelligence, and may also think that the groups are biologically or innately different. Thus, differences between groups are attributed to some deep, underlying and often unknown “essence.”

Scientists agree that race is the product of social and cultural ideas that are imposed on groups of people and that they influence the way we interact with each other, producing the inequalities we see in the world. It is necessary to explain to children that external factors like injustice and racial discrimination are responsible for differences between groups, else they could mistakenly believe the racial difference to be inherent, which is the foundation of racial bias. Hence, researchers believe that conversations with children about racial disparities can help reduce some of the negative consequences, and can help decrease racial biases in children, write Camilla Mutoni Griffiths and Nicky Sullivan. (Scientific American, August 2022)

On July 18th 1950, UNESCO published a Declaration prepared by its Committee of Experts on Race Problems, which not only affirmed the fundamental unity of mankind but further asserted, in the official summary of its conclusions, that “according to present knowledge, there is no proof that the groups of mankind differ in their innate mental characteristics….The scientific evidence indicates that the range of mental capacities in all ethnic groups is much the same.” In the article, “The Concept of Race,” (The Theosophical Movement, August 1951) we read that the above definition of race is based on scientific evidence, which takes into account the physical factors. Theosophy offers evidence for the intellectual differences between certain races and the rest, but insists that they do not justify discrimination against those with lower intelligence. Theosophy calls for full recognition of equal rights and privileges for all, without distinction of race, color, social position or birth.

The inequalities of the intellectual capacity were part of the process of “the Lighting up of Manas (mind).” Just as one lighted candle lights up other unlighted ones, so also, the light of mind was given to humanity by Manasputras or solar pitris, endowing man with self-consciousness, power to think and choose, and intelligence. Those monads who were “half ready” received “but a spark” and they constitute average humanity. But those monads which had just evolved from animal forms to human stage, remained narrow-brained, and they will arrive at the level of the average humanity when they reach Fifth Round. They are described as those in whom the sacred spark is missing or is latent, or those whose brains are devoid of intellect. These formed the tribes of savages, such as, Bushmen of Africa, or Veddhas of Ceylon, or South-sea Islanders, etc. whose reasoning power is only a little above the level of the animals, and are the only inferior races, intellectually. In order to understand the racial differences, we also have to take into account the teachings of reincarnation and the process of individual evolution.

Drawing attention to spiritual and intellectual superiority, a Master of Wisdom writes: “…the highest people now on earth (spiritually) belong to the first sub-race of the fifth root Race; and those are the Aryan Asiatics; the highest race (physical intellectuality) is the last sub-race of the fifth—yourselves the white conquerors.” We also find that some of the physical traits of man, like the color of his skin, the shape of his face and the length and breadth of his body, are so strikingly different among people in different parts of the world that they were and are used to classify man into broad groups, called the human races. However, according to the views expressed in World Health, the magazine of the World Health Organization (December 1971), racism has no genetic support. It says: “We cannot attach to racial traits a judgment of value in a rational way. Yet an arbitrary judgment of value is often attached to racial traits, and this constitutes racism….Some groups have codified their racism into rules or laws, for the advantage of some and disadvantage of others.”