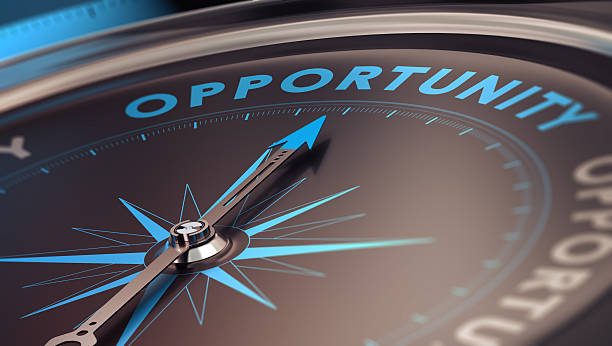 We are all actors in a great World-Drama the birth of a New Age.

In this universal upheaval none can stand alone.

Every one of us, great or small, young or old, has a responsibility to his fellowmen. The World of Tomorrow is being molded in the thinking of the people of Today. When we help others to raise and ennoble their thoughts, we become coworkers with Nature in building the New World. And let us bear this clearly in our minds: the shape of coming events depends to a very considerable extent upon the number of people whose minds and hearts may have been touched with the soul-healing teachings of Theosophy the Divine Wisdom of the ages.

In the vision of the Great Ones who were the actual founders of the modern Theosophical Movement, and are still inspiring those portions of it which have kept true to the original message, the events of the present era have been foreseen. Their mouthpiece and messenger, H.P. Blavatsky, had a sure and definite knowledge of what was to come, and the Theosophical Society, as originally conceived and launched, was intended as a bulwark to stem the rising tide of materialism; as a spiritual and philosophical foundation upon which to find a sure footing against the poisonous gusts of insane psychism; as a catalytic agent to insure the alchemical transmutation of spiritual rebirth; and as the fountainhead of ethical and religio-philosophical teachings simple and practical enough to be understood by the masses and applied to their own salvation, in the midst of a general intellectual and moral confusion and the fall of Ideals.

Facing a world in which lawlessness, rapine, violence, cruelty, deceit, brutal selfishness, legalized murder, and the rest of the hellish brood are rampant everywhere, cloaked only too often in high-sounding words hiding behind their spurious facade the dry rot of moral sepulchers; meeting every day men and women whose souls are yearning for a ray of some redeeming light, a glimpse of some greater vision wherein hope for surcease of sorrow may be enshrined; witnessing everywhere the departure of noble ideals, the vanishing of aspirations, the going out of light after light in a sea of moral turpitude and spiritual degeneration let us ask ourselves, students of Theosophy, as we claim to be, to what extent do we imbody in our lives the great noble truths imparted to us; to what extent are we cognizant of the trust placed in our hands, and faithful to the injunctions of H.P. Blavatsky as to the duties and objectives laid down for Theosophists in their daily work. Are we doing anything outstanding in these outstanding days? Are we engaged in an all-out effort for the Spirit, when so many of us are going allout in an effort to destroy? Have we mobilized our spiritual, intellectual and moral resources to try and counteract at least within our own full capacity the systematic mobilization of the powers of darkness, whose organized minority may well spell the doom of a disorganized majority, drunken on its own fancied power, restive; even yet upon the alleged laurels of a tottering security? The question that we might well ask of ourselves is: Were H.P. Blavatsky with us today, what would she do now?

Profound intellectual study of Theosophy is a sine qua non of all genuine Theosophical work. However, it can be of true value only to the extent to which it is applied to daily [4] life and made practical for the upliftment of those who are struggling for Light. Devoid of immediate application to daily life, it becomes positively dangerous and productive of added selfishness. Self-centered study of abstract metaphysics and personal pursuit of one's own spiritual aggrandizement can never he justified, least of all today. We must remember the words of the Teachers:

... the chief object of the T.S. is not so much to gratify individual aspirations as to serve our fellowmen ... (From: The Mahatma Letters, pp. 78).

The only teaching which can answer the perplexing problems of today and give men and women the key to life's riddles is Theosophy. People are looking everywhere for precisely that which Theosophy contains. And yet somehow or other, Theosophy in many quarters does not become the power that it ought to be, and does not wield the influence which it can and must. Why is this so? May it not be due to the fact that students of Theosophy have not been able, generally speaking, to relate their wonderful teachings to the immediate problems of the great masses of people, and also to the fact that, instead of simplifying their teachings, they unwittingly place them on a shelf of abstraction where they mean but little or nothing to most men?

H.P. Blavatsky places herself right down on the main floor, as it were, when she says:

... true evolution teaches us that by altering the surroundings of the organism we can alter and improve the organism; and in the strictest sense this is true with regard to man. Every Theosophist, therefore, is bound to do his utmost to help on, by all the means in his lower, every wise and well-considered social effort which has for its object the amelioration of the condition of the poor. Such efforts should he made with a view to their ultimate social emancipation, or the development of the sense of duty in those who now so often neglect it in nearly every relation of life.

... no Theosophist has the right to this name, unless he is thoroughly imbued with the correctness of Carlyle's truism: 'The end of man is an action and not a thought, though it were the noblest' and unless he sets and models his daily life upon this truth.

A splendid advice to follow. It is empty cogitation, mostly of a theological type, plus theoretical scientific meanderings, devoid of ethical background, which have prepared for centuries the ground for the present conflict of ideas. It is practical, tangible realism about life and nature, coupled with and inspired by the loftiest objective Idealism, which alone can provide a safe foundation for tire structure of the New Age. And objective Idealism is Theosophy of highest type.

The modern Theosophical Movement faces today its golden opportunity. Times of plenty dull human minds. Times of stress and sorrow sharpen those minds through pain and awaken a yearning for spiritual realities. Students of Theosophy hold within their grasp keys which can solve people's problems. Theirs is the philosophy of life which, if understood, can illumine all life and restore peace and goodwill among men. Will they make that remedy available for all? Will they desist from the technical jargon of the laboratory and tell the seekers the simple truths which their hearts are yearning for? Will they come down from the Olympian heights and walk as mere men in the marketplaces of the earth? It is there that the urgent need is to be found. That need is Now. Tomorrow it may be too late.