Our Responsibility in Freedom of Thought 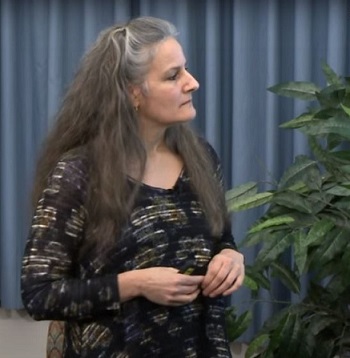 As mentioned in previous articles, Theosophy cannot exist without the tenet of freedom of thought. Divine wisdom is a living wisdom that lives and moves through everything seen and unseen. It is impossible to constrict it as consciousness lies within everything we come into contact with and such consciousness holds divinity within it. When we ponder this carefully, we realize the responsibility humans have as the only species (presently known) that has the capacity and ability to understand and experience this.

Freedom is a subject often spoken about, but so rarely understood. Throughout the ages we have seen this in past events and we see it in today’s world as well. Yet, one does not need to look to the macrocosm of the world because it happens within the microcosm of our own families and relationships. Freedom is often one-sided. It is often given to the male gender more than females, to adults more than children, to the learned versus the unlearned, to the wealthy versus the poor, to particular races more than others, and so on. Freedom is encroached upon even more when looking at diversity within the diverse. For instance, a person of color who has a limited education and is not cisgender. And when it comes to the individual, more often than not, our own personal freedom is more precious to us than the freedom of others.

In her article “The Dual Aspect of Wisdom” HPB writes:

Valuing freedom of thought above all things, as the only way of reaching at some future time that Wisdom, of which every Theosophist ought to be enamoured, we recognize the right to the same freedom in our foes as in our friends.

The difficulty is that the term freedom is often thought of as doing or saying whatever one wants. This is where responsibility comes in and why freedom of thought should be one principle we hold close to our heart and encourage others to have with awareness, even when our own personal belief is different.

Sadly, in the material world it is believed that the more freedom one has, the more power they hold. When the ability to freely state an opinion is taken away or the basic freedom to believe as one chooses, or even the freedom to live as one chooses is squelched out, the nature of being human is forced into something that is abnormal. This is true in animals, plants, and the very earth we walk on. Expression is something that is not just verbal. It lies in the very being of everything around us. Humanity’s inability to be attuned to this at a greater level has caused tremendous harm to the natural world of which we humans are a part. Again, if our own freedom is not imposed upon, we feel less concerned.

Perhaps exploring some levels of the expression “freedom of thought” may help us understand its vast implications. To begin with, thought, when looked at from a wider lens is not just about what lies in our mind. Granted much of our thoughts are repetitive, limited, self-centered, and at times a complete waste of energy. The taming of the mind to move beyond its limitations is why meditation is so important. This type of training moves us into a different state (whether it is in the mind is for another article), where thoughts no longer hold control. Eventually the silence in between thoughts becomes greater allowing something more extraordinary to take place. It is in this space where a different way of being comes into play. Such a state allows immense creativity that cannot be thwarted. The energy seems to be connected to something that pervades everything. Perhaps it is divinity itself. If this is true, then it is no wonder that HPB felt freedom of thought is so important. For it is only through thought that one can come to such a state. While we can say we need thought to go beyond thought, more importantly, we need meditation and a gentle way to train the mind to go beyond thought. To do this, the freedom to explore, to question, and to find out is imperative. No differently, the intelligence of the universe can be looked as the divine mind. The thinker of such divinity lies within its own intelligence.

The beauty of HPB’s quote is that it offers the same freedom to those who oppose us as to those who agree with us. The learning comes through the allowance and the letting go of believing one is right. In reality, there is no right or wrong, there is only ego. We can only move toward wisdom through freedom, not through imposition on others. Again, our conduct can speak louder than words. It is a willing sacrifice aspirants take knowing if their action is through love and freedom, the outcome, which is outside the realm of the material world, will eventually benefit all. This is especially true when we incorporate the concept of karma and reincarnation. How we react to the beliefs and opinions of others may determine what we face in another lifetime just as previous lives have determined what we are facing in this one.

Freedom of thought is a learning tool. Not just for Theosophists, but for everyone. Yet, those who embrace the ancient wisdom and allow it imbue their lives, must instill within them the guiding lights of patience and understanding when it comes to intolerance, doubt and ignorance. Wisdom can only come through beneficence, not through cruelty. And we teach by example. Granted this is easier said than done when we are faced with groups of people who incite hatred, consciously work to remove the rights of other beings, and, in general, seem to feel their way is the "right” way because it benefits them. It is hard for some to step back and allow others to have their own rigid beliefs and hateful thoughts. But perhaps we must remember that such opportunities allow us to step in to valiantly defend those who are unjustly attacked. Thus, putting our Theosophical principles into action.