Theosophy, Its Claims, Doctrines And Progress 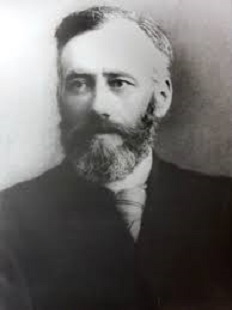 When the Theosophical Society was started by the erstwhile famous Madam Blavatsky, in 1875, the now famous orator, Mrs. Annie Besant, was beginning to deny that there was any life beyond this one, and was entering on that part of her career in which she has made herself a much-talked-of woman in all parts of the civilized world. None of the theosophists had the slightest idea then that such an able champion for their cause was actually training herself for its service, nor did she think then of what the present years would tell of her. For the third time, now, Mrs. Besant has come to the United States to lecture on the doctrines of this new-old faith. In England large audiences always greet her, and the London papers cite the last large meeting she had there in St. James Hall as proof that her hold on the public is not weakened. Her eloquence is, in fact, described as being quite as powerful as in the past, and some writers think it has increased in effect. On this trip she will go to the Pacific coast, speaking in all its principal cities, and also in New York, Chicago, St. Louis, Minneapolis, and others on the way out and back.

Her visit will greatly encourage the theosophists, who are now a body of people extending from this coast to the Pacific. The objects of the society are: First--To form a nucleus of a universal brotherhood of humanity, without distinction of race, creed, or color. Second To promote the study of Aryan and other Eastern literatures, religions, and sciences, and demonstrate the importance of that study. Third--To investigate unexplained laws of nature and the psychical powers latent in man. 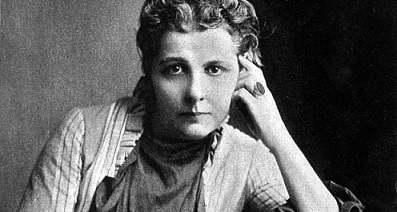 The general headquarters of the body is at a suburb of Madras, in India, built on the bank of a pretty little river, and near to the sea. Here, any day, you can meet all sorts of men of all nations--gold-colored Brahmins from south and north, black Hindus and white Europeans, Mohammedans and Christians, and now and then some picturesque Indian mendicant making a pious pilgrimage.

In New York the local branch has purchased a large house at 144 Madison Avenue, where it has not only the general office of the American secretary, but also three good libraries and a book-selling department. Many well-known names are on their list of members. There is Professor James, of Harvard, who joined in Boston; Thomas A. Edison, too, is one of the old members but not now an active one. Dr. J. H. Salisbury, of Fifty-ninth Street, who introduced a special form of treatment of diseases, is a member; Miss Katherine Hillard, the lecturer on poetry, is another; and then one can find merchants, doctors, lawyers, and people of every profession in the membership. They have free public lectures every Sunday, and their own meetings on Tuesdays.

In San Francisco the society's activity is marked. They sustain there a lecturer who goes up and down the coast speaking to the public freely on the subject. They do not seek proselytes, but content themselves with presenting their ideas, which cover a large number of doctrines, as supports for the principle of universal brotherhood. No antagonism to Christianity is manifested, although dogmatists might see in what they say a current of opposition to all dogmatic schools. One of their recent lectures was an attempt to show from the Bible that Jesus taught the doctrine of pre-existence and re-incarnation, and it was asserted then that many a Christian minister has believed this. But it is not a dogma with them, as all can believe what they like so long as they tolerate the beliefs of others. A similar sort of lecture in Washington, some little time ago, brought out one of the Jesuits there in some lectures to show the truths and errors of theosophy, in which the final conclusion was that the present form of the movement was engineered by the devil himself. At Fort Wayne, Indiana, the local branch has called itself after Annie Besant, and includes a great many of the best men in the town, such as two Supreme Court judges, leading lawyers, doctors, and bankers. Much interest was created in the subject there by a discussion carried on in the newspapers, and also by an attack made on the whole movement by one of the preachers of the city. But, generally, the theosophist comes out ahead, because his opponent assumes a good deal that the theosophist does not say, and then a fair presentation of theosophy follows.

It cannot be denied that this movement has attained importance. Weak and derided seventeen years ago, its membership has steadily increased; they have an excellent organization, and are well united. They say they are not spiritualists, and when one considers the violence with which some spiritualists assail theosophy one believes they are not. The theory they advance about an astral body which is an exact duplicate of the physical one is very interesting, and it is claimed that it will fully explain many facts in the psychic realm, and much that puzzles people in dreams, visions, and the seeing of apparitions. They say that all the work of the Psychical Society will amount to naught until these theories are accepted.

Mrs. Besant gives her adherence to all these doctrines on the ground that she has experimented in the field and proved all to her satisfaction. Her explanation of her change of belief is that hitherto no such field of inquiry had been suggested to her, but when Madam Blavatsky showed her the possibilities, examination followed, and that resulted in belief. This declaration of opinion by such a well-known woman had the effect of turning many agnostics in the same direction, and the theosophists say that before very long all the scientific world will come to accept these theories. This is a bold claim, but they show the utmost confidence, and, it is said, point to prophecies to the same effect. If sincerity of effort, and at times fanaticism in following along a course in the face of violent opposition, will do anything, they may succeed. They all give time and energy to the work for no compensation except the joy of seeing the movement grow. Some work all day for the society and have no remuneration, and Mrs. Besant herself not only receives no salary, but devotes what she makes by pen and voice to the society's work. It is one of their teachings to do all you can for the human family without hope of reward. They may be mistaken, but they are well meaning, sincere, and devoted, and withal exhibit evidences, not easy to trace to their source, of being managed by some master-hand that closes up the ranks and often turns seeming disaster into victory.

Touching the religious side, they hold that the ethics promulgated by Jesus are universal and ancient. But they say that at present there is no real basis for ethics in the religion or science of the day, and that the people profess ethics but do not practice them. Theosophy proposes to enforce the practice of these true ethics by the doctrines of actual unity of the human race and the constant re-birth of souls into this life; hence, as all return here to reap the reward of their deeds, good and bad, the theosophist asserts that belief in this doctrine will cause men to practice what is preached.

From: Theosophical Articles, Vol. I.