Learning To Know Oneself 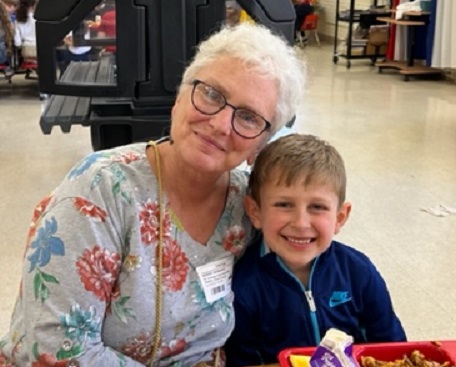 Barbara and Jordan, her grandsun

We, as seekers on the Path, want to transform the world. We want it to be a place of peace, acceptance, and compassion. We want to live in a world where there is no judgment based upon skin color, religious or spiritual tradition, culture, ways of self-identifying, age, ability, and so on. In other words, we want to live in a world where everyone realizes the essential unity of all life and has a reverence and respect for that life, disregarding any differences that appear to exist.

If we are all one—a unity of all life—then, what happens to one of us happens to all of us. This is the world in which many of us wish to live. The difficult questions: how do we get there? how do we transform the world?

The esoteric teachings tell us that we are all One. Therefore, when one of us changes—even just a tiny amount--we are changing the Whole. It is inevitable. H. P.  Blavatsky tell us “It is an occult law …, that no man can rise superior to his individual failings without lifting, be it ever so little, the whole body of which he is an integral part.” She is telling us that every time one of us takes a step forward on the spiritual path, no matter how small, all of us move forward on the path.

In order to make changes within ourselves, we must become increasingly self-aware; remain objective in our self-observations; and implement the changes that are needed. I.K. Taimni in Self Culture writes: “To see things as they are, as far as this is possible,…is one of the preliminary requirements for acquiring spiritual outlook and nothing prevents this more effectively than the presence of deep-seated prejudices and complexes in our mind.”(p. 101)

The information about the need for self-transformation and its impact upon the transformation of the world and consciousness as a whole is not new information for seekers on the spiritual path. There are many aspects of ourselves to consider as we seek to make changes, but one important aspect that resides in many of us and must be addressed is our unconscious conditioning. In psychological terms, this unconscious conditioning is more typically known as unconscious or implicit bias. It is the “deep-seated prejudices and complexes in our mind” to which Taimni is referring.

The Ageless Wisdom teachings tell us that we are all connected, that we are all aspects of the Ultimate. We do our best to honor the divine life within others. Yet, the physical differences that we experience on a daily basis are frequently underlaid by a conditioned perception of that difference. The conditioning is frequently unconscious and may originate from any part of our current life’s journey including the beliefs of our family of origin, our own experiences with others, our cultural conditioning, and so on.

We may try to deny that we have any biases or prejudices, but that denial is based on the illusion of the personality. Krishnamurti writes, “We are greatly prejudiced people. We have a great many prejudices. We have cultivated them, we have strengthened them by public opinion and so on, that our prejudices prevent understanding other people.”

Bias can be either explicit or implicit. Explicit bias exists consciously. The individual is aware of his/her prejudices or stereotypes. This awareness allows us to examine it and make changes.

Implicit bias, on the other hand, exists at the unconscious level, and the individual is not aware of its existence. The unconscious component makes it almost impossible to examine and change, unless we bring it into conscious awareness. Surprisingly, even when an individual consciously rejects stereotypes and supports anti-discrimination efforts, he/she can still hold unconscious negative associations about others.

Some examples of implicit bias include gender bias, racial bias, other-abled bias, or cultural bias, among many others. Implicit bias may also include confirmation bias which is the tendency to seek evidence or information that confirms our pre-existing ideas or beliefs while disregarding evidence that contradicts those beliefs. Implicit bias, in all of its various aspects, impacts our decisions, perceptions, and even our behaviors.

Implicit bias can manifest in simple daily interactions. For example, some years ago when I was teaching high school, one of the students stated that another teacher was prejudiced against African American people. Surprised, I asked her what made her believe that. She said that when he passed out papers, he would put the papers into the hands of the white students but never the black students. She said that he always laid the papers of the black students down on their desks. It was her belief that he did not want to touch people with black skin. I don’t know if this was accurate, but if so, then I believe that this teacher was participating in a behavior that stemmed from unconscious bias—a behavior of which he was not even aware.

As seekers on the Path, it is important that we objectively, deeply, and carefully look into ourselves and observe our behaviors to identify and then eliminate unconscious bias. Self-awareness and objective self-observation, if we are truly willing to look at those deepest, and perhaps most uncomfortable, aspects of ourselves, may reveal some of the implicit bias that each of us holds. Awareness allows us to make conscious changes to our thoughts, our feelings, and our behaviors.

Making these changes may include some or all of the following actions, all of which are based upon self-observation.

One might ask why an article on implicit or unconscious bias is useful to a community focused on unity and spirituality. It is because we are conditioned beings who live on this physical plane of existence where conditioning, and therefore bias, exists. We recognize that part of our journey is to understand ourselves so that we can work on our limitations and grow spiritually. We adhere to Plato’s adjuration of “Man, know thyself.”  Knowing ourselves includes exploring the implicit biases we hold and then eliminating them. This task is an ongoing one that is part of our personal self-transformation that facilitates the transformation of consciousness in all beings.

The task of learning to know oneself is not an easy one. It requires our willingness to look into the most hidden aspects of ourselves. It requires us to explore our thoughts, beliefs, and perceptions that, if consciously held, would likely be abhorrent to us. It requires strength and courage. We must, as Khalil Gibran says, “March on. Do not tarry. To go forward is to move toward perfection. March on, and fear not the thorns, or the sharp stones on life’s path.” The thorns and sharp stones lie within us, unconscious, waiting for us to find and remove them.

Krishnamurti, J, Retrieved from https://kfoundation.org/how-do-you-know-what-you-are-saying-is-true/ on 12/8/22.