How to study Theosophy – 2 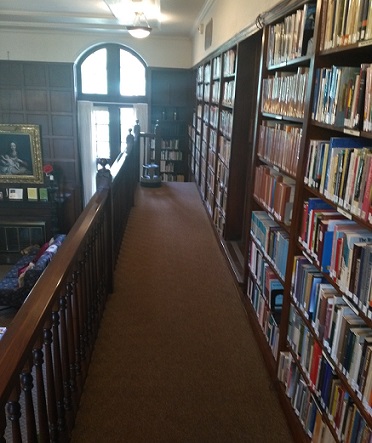 De Purucker clearly critiqued[i] a tendency among some students of theosophy[ii] who followed a literalist understanding of theosophy. He used a specific term for those students of theosophy who had become, what he termed ‘bibliolaters’ or ‘worshippers of the book’ or ‘true believers’. This tendency, rather surprisingly, fairly often occurred in some students studying the teachings and writings of Helena Blavatsky, in spite of Blavatsky’s cautions against this kind of literal surface level approach. Here, we will outline his ideas about literalism, spiritual authority and freedom of thought in theosophy. The context of Purucker’s more process oriented view of the ‘approach to truth’ in Theosophy is that all words are limited when attempting to describe metaphysical and ineffable realities. He makes clear that within each person’s spiritual journey, one needs to strive to understand these essential ideas based on their own inner experience. Purucker viewed the Masters, Blavatsky and his predecessors with great devotion and reverence, yet he simultaneously cautioned that a genuine understanding of Theosophy as an ‘inner reality’ goes beyond memorizing diagrams, quoting from a book, repeating the words of a great past Master or Teacher or mere belief in an idea, merely because of who authored it.[iii] De Purucker when understood correctly makes this pitfall on the path of inner awakening very clear and enunciates its solution. It is through awakening our inner capacity for direct intuition and cultivating wisdom and compassion that the teachings and practice of theosophy become alive. He further invites us to see the Theosophical Society (s) as living, organic, evolving entity and not a static mere organization.

“... because the Theosophical Society is ensouled by us, living spirits, is it a growing entity, is it an ensouled organic entity, learning its lesson too, making its mistakes if you will, but learning out of them. But because it learns from its mistakes it advances, changes with the changing times, ready for new eras when the new eras come upon us, ready to seize any new light from the gods and glad of the opportunity to win the new light. We are torchbearers and we must keep our torches alight and lifted, not extinguished and held down in the foolish conviction that what the gods once delivered unto men is unalterable, cannot be change or improved, and no further truth can come from the heart of the Father Sun.”[iv]

“In striving to retain the purity of the teachings of our blessed God-Wisdom, let us never drop into the dogmatic attitude, which will spell the death of free conscience, free thought, free speech, sane and legitimate freedom of all kinds, in the T.S. By all means retain the purity of the teachings, it is the grandest thing we can do; but never refuse to a man his right to speak, and speak freely, even if you know what he says is not true, or distorted. The principle of freedom is so precious it should never be forgotten.”

“It was just there that the primitive Christians stumbled and became in time a dogmatic sectarian church: Desiring to keep the teachings of their Avatara-Master pure, unadulterated, simple and glorious as he gave them, they laid down certain dogmatic rules, credos, tests, somewhat like the fourteen points, twelve points, sixteen points, etc., etc., that we have heard of recently {1931} in Theosophical matters -- a sure way to start a creed; and so anxious were people thereafter that all Christians should conform to these as it were codified laws of belief, the codification of belief, that they utterly forgot the inherent right of the human soul to think and think freely. Thereafter you have the Christian dogmatic church, and immediately they began to wax strong. Why? Because they all had one simple form of belief, and exoteric united force behind that belief. But what do you lose when you get unity and force and nothing else? You lose everything of greatest value. Force is only good or even decent if it is the force of the spirit, which means no imposition of will upon any other mind …So let us therefore never allow the establishing within our own ranks of a dogmatic testing (which is but a creed) … to establish any form of testing by which others should believe, is to work a mischief that at all costs we should avoid.”[v]

“There was once a man who, after he had been some time in this highly mysterious world, wrapped himself about with certain opinions, placed upon himself a certain design of mental hat, and took in his hand a particular type of intellectual umbrella. Thereafter he steadfastly refused to modify his opinions, to learn anything new, or to change his mental clothes in any way whatsoever. And so, alas, he ended as a scarecrow in the midst of a growing field.”

“Now, don’t be a scarecrow. Don’t let the current of evolution of your fellowmen leave you behind. Don’t be afraid of change. Change is growth. Change is evolution. Do you think I am teaching a dangerous doctrine? No, because I know the human heart. The human heart will never give up a thing of beauty; the human heart will never renounce3 a truth. Beauty and truth never change. Paradox! But learning hearts change continuously, advancing ever steadily towards that light which grows ever larger with the passage of time, a light which you can never attain in its fulness, because it is the very Light of the Universe; and soon you will find it to be not ahead of you but everywhere, shining with transcendent splendor in your own heart.”

[i] Questions We All Ask

[ii] Purucker was teaching primarily from the early 1920’s to 1942. Nearly all of his writings are shorthand transcriptions of his talks.