A Case for Mythology 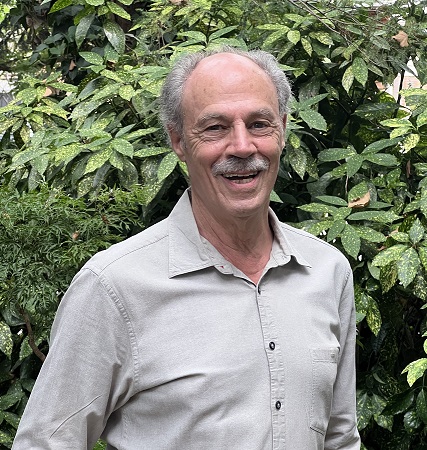 Science and philosophy, religion and history are various pathways toward knowledge in our lives. We have excluded mythology for the most part and all that comes with it: gods, rituals, symbolism, and unexplained phenomena that is the heritage of every culture going back into the night of time, as fairytale and overheated imagination. Mythology can illuminate truths found in and through these various disciplines, giving them context and added meaning in what, deep down, concerns all of us; an underlying purpose and meaning to life.

We know many myths tell dramatic stories. Hollywood has certainly cashed in on this with cosmic violent thrillers starring such ancient mythic figures as Thor. If mythological stories and characters are fantasies and the result of overheated imagination why do they still have such a hold on the human psyche years and millennia beyond their creation? The fact is they “resonate” within.

Carl Jung in psychology and Joseph Campbell through teaching, lecturing, and book publications, beginning with his groundbreaking The Hero with a Thousand Faces published in 1949, have both gone a long way in awakening many inquiring minds to the nurturing manna to be found in ancient mythologies and legends. Both have revealed meanings and applications to our lives and in various ways have helped to put mythology back on the map of the 20th and now 21st centuries as a legitimate source of exploration and insight into human unfoldment.

Campbell’s creative exploration into the world of mythology reveals patterns of great value when exploring the ideas of self-transformation and conscious human evolution. Unfortunately there have been those without the moral imagination to follow along and instead, which is sometimes the case, chose to attack what they do not understand, both academically and personally.

As far as this writer can see, although none of us are perfect, the personal attacks against Campbell were really unfounded. As for the academic attacks, Campbell was a creative maverick, a groundbreaker, and did not always recognize the narrow halls of orthodox academia. For Campbell mythology is “literature” that transcends the academic and becomes a kind of esoteric literature for “living the life”. Standing the test of Time, his work has been shown to be inspirational, insightful and of real value.

Campbell’s concept of monomyth (one myth) refers to the theory that sees all mythic narratives as variations of a single great story. A basic theosophical premise holds that it is the evolutionary story that we all participate in, as essentially Spiritual Beings, and that physical, mental, and spiritual evolution are interwoven and interblended at every point. Mankind is “The Hero with a Thousand Faces” which points to the universality, that in small and in large, underlies the myths of all cultures, from ancient India, to legends of the Native Americans, to stories out of Africa; the list seems almost endless.

There are still debates going on whether Campbell was a Jungian or not. Campbell, like Jung, was tuned into the universality and power of myth, and both were honest explorers of truth in life. To try and define, or box in either is a futile attempt to limit the insights and genius of both men. Those who want to define, dissect, or “pigeonhole” either thinker will not fully reap the benefits of what either has to offer. Dr Jung turned mythology and its symbols inward to explore the workings of the human psyche through the tools of inner symbolism as navigational guides into the mountains and forests of the “unconscious”.

Dreams which are not interpreted are like letters which have not been opened”, says the Jewish Talmud.

Among other things, Jung, a psychiatrist and an explorer of the inner human landscape, is responsible, along with the pioneering insights of Freud before him, to speak of the “unconscious mind” and its effect upon us. (Theosophically speaking we would rather say the subconscious as, according to the Wisdom Tradition, the whole universe is conscious.) Jung, to his credit, developed the idea further into a broader and more insightful understanding. His concept of universal archetypes (reminiscent of Plato’s “Divine Ideas”) is how he explains the universality of myths and mythic symbolism.

Jung drills down into the deep psychological meanings that can be attached to many mythological journeys and dramatic confrontations that are depicted in the mythologies of civilizations around the world. (This relates to the unfoldment of each of us from infancy, through childhood, adolescence, and coming into the full responsibility of adulthood, and Theosophy adds the further spiritual unfoldment through reincarnation.) He ties the idea to ancient Indian or Vedic ideas. As he puts it:

Jung’s ideas about myth and the inner psyche of man have many parallels in “theosophical psychology” up to a point. He was in the scientific community and, although he had obvious mystic inclinations, he had to keep some of them private to have his academic status taken seriously. Then, as pretty much now, there was no room for the transcendental in the halls of “reputable science”.

His levels of the unconscious and archetypes, as well as how “in dreams and visions of the night we are instructed”, are explained in the theosophical teachings, through gaining knowledge of the inner states we pass through daily, and of the astral body, the astral light, and the Âkâsa.

Before Jung or Campbell, Madame H. P. Blavatsky (HPB) was defending the integrity of universal mythology and pointed to some very interesting facts to be found in the various mythologies from all quarters of our world, making observations echoed by later “mythologists”. She reveals mythological keys that can help humanity on the journey of life that does, indeed, have a higher purpose than the mere preservation of the species. Theosophy presents a program, so to say, for our spiritual transformation far beyond what is generally envisioned in the exoteric religions of today or the scientific concepts that crash upon the shores of materialism.

“For years we have repeatedly noticed that the same esoteric truths were expressed in identical symbols and allegories in countries between which there had never been traced any historical affiliation,” says HPB in Isis Unveiled, vol. I, p. 577. “Myth was the favorite and universal method of teaching in archaic times”, also states HPB in Isis Unveiled, vol. II, p. 493. She adds that “Plato declares in the Gorgias and the Phaedo that they [myths] were the vehicles of great truths well worth the seeking.” (Isis Unveiled, vol I, p. xiii)

Among many others, there are two illustrations found in Isis Unveiled and The Secret Doctrine concerning some truths and knowledge imbedded in myths that we might find interesting. In her first major writing, Isis Unveiled, vol. I, pg.160–161, Blavatsky states unequivocally that in the descriptions of the mythic figure, Thor, was imbedded a knowledge of electricity.

It is described that when the thunderbolt-hurling Thor prepared for battle he would first put an iron belt, “girdle of strength”, around his waist and buckle it (connecting the two poles which are needed for electricity to flow). “His belt of strength is a closed circuit, around which the isolated current is compelled to run instead of diffusing itself through space.” (Isis Unveiled, vol. I, p. 161) This enhanced his celestial power. Then, as he grasped one of his weapons, a thunderbolt or his electric hammer, he would put on his iron gloves to protect himself. The description is filled with other symbolism connected to the power of electricity. HPB puts it this way: “Rendered into plain English, how can this myth be interpreted but as showing that the Norse legend makers were thoroughly acquainted with electricity?” (Isis, ibid.) As a parallel, Thor is associated with the ancient Hindu god, Indra, who is also often shown with a thunderbolt and is depicted as a fierce god of the sky.

A well-known example now of historical facts imbedded in myths is illustrated by the actual discovery of Troy. In fact it was not that long before HPB began to pen Isis Unveiled that the world was spinning with the discovery of the actual Troy. Excavations on the site of Troy started more than 150 years ago. The site was discovered in 1863 by Frank Calvert, but it really became famous thanks to the excavations conducted by the German archaeologist Heinrich Schliemann in 1870. Blavatsky briefly mentions his work in Isis Unveiled.

In Book II of her The Secret Doctrine HPB has this to say:

Who can forget that Troy was once upon a time proclaimed a myth, and Homer a non-existing personage, while the existence of such cities as Herculaneum and Pompeii was denied, and attributed to mere fairy legends? Yet Schliemann proved that Troy had really existed, and the two cities, though buried for long ages under the Vesuvian lava, have had their resurrection day, and live again on the surface of the earth. How many more cities and localities called “fabulous” are on the list of future discoveries, how many more personages regarded as mythical will one day become historical, those alone can tell who read the decrees of Fate in the astral light.” (The Secret Doctrine, vol. II, p. 236)

In the modern Theosophical Movement the study of mythology, legends, and symbols falls under its second object: “the study of comparative religion, philosophy, and science.” Mythology runs through all these disciplines. The story of humankind told in The Secret Doctrine from the beginning of a “Great Cycle” (Manvantara), presents the journey of the countless unfolding lives involved in the life of the universe until its reabsorption into “The All” is the “Theosophical Mythos”.

Mythology is a key to understanding the dynamics of the inner and outer world. The multifaceted meanings in myths, the various keys in symbolism, help us to realize that each human being is essentially in search of the holy grail; we are all Jasons on the quest for the “Golden Fleece”,

Krishna is in each of our chariots as we take stock of the opposing army of illusion that we must battle. As we do the work upon ourselves that allows for more selfless action and as we enter more fully into the awareness of the unity of all life, it seems we cannot help but to slowly become conscious participants over many incarnations. Like Proteus we take on different shapes and forms during our unfoldment in the great evolutionary journey of the spiritual soul, or as it has been expressed: “Help Nature and work on with her; and Nature will regard thee as one of her creators and make obeisance.” (Blavatsky, The Voice of the Silence, I, 66)

This article was also published in The Theosophist VOL. 143 NO. 12 SEPTEMBER 2022