How to Study Theosophy 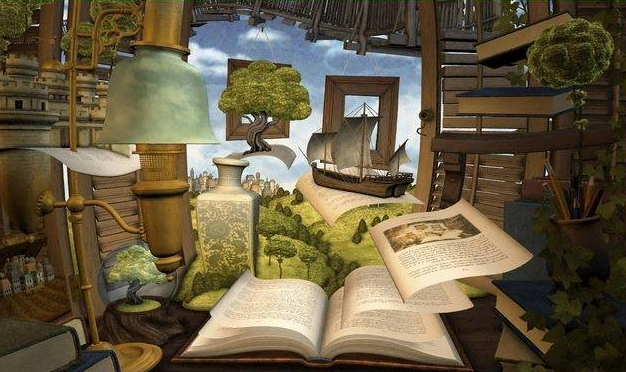 When Gottfried de Purucker became the Leader of the Theosophical Society (Point Loma) in 1929, he immediately set in motion changes to the society’s constitution; he renamed Katherine Tingley’s ‘Universal Brotherhood and Theosophical Society’ to ‘The Theosophical Society, Point Loma’, eliminated or reduced autocratic elements in the constitution and set out on his mission to give emphasis on the study of the core teachings within Blavatsky’s view of theosophy in her “Secret Doctrine” interlinked with the ethical teachings from The Voice of the Silence. Purucker’s expansive knowledge of Theosophy, infused by his classical knowledge of Sanskrit, Greek, Latin and Hebrew, emphasis on ethics, Mahayana Buddhism, the symbolic essence of teachings from inner Christianity, created within the PLTS a spiritual/intellectual renaissance during his brief 13 years of teaching. Retrospectively, Theosophical students today (2022) have on occasion over looked Purucker’s view and approach to the study and understanding of these Teachings. This has produced some tendency to even dogmatize or codify these teachings as THE truth. In the notes that follow, I will outline, with a few examples, Purucker’s universal VIEW and his cautionary comments on the need to move beyond crystallized thinking in our approach to the study of the Ancient Wisdom.

A few quotes from his key writings and the points they illuminate[i]:

“… if anyone thinks that he knows The Secret Doctrine by reading it once or even a dozen times, or a score of times, he mistakes greatly the situation. It must be read not only between the lines, but within the words. I have found the value of the following rule: never take a single statement in it and allow your mind to mold itself around it, never let a single idea crystallize; break the molds, let in the light. It is an excellent rule.”

“I have learned these lessons, and I speak as a witness. Every evening, before I go to sleep, I go over the events of the day, and I try to find one or more things in which I have allowed my mind to crystallize around a thought or a fact; and I am merciless to myself if I catch it or them. Not for a minute do I temporize. When I find molds of mind, I break them, for I know too well what they mean.”[iii]

“It is simply a matter of opening our inner eyes, of cleansing our souls, of clearing out from our brains the trash that we eat mentally … and letting in the pure clear life…”[iv]

“We mean the crystallization of the mind itself, when mental force becomes mental matter.”

“The molds of man’s mind are his greatest enemy, his strongest opponent, his greatest foe, because they are living substance. Your mind is matter, but it is living matter; and every thought you think clings to the mind and inheres in it and becomes what the Ancient Wisdom calls an elemental…”[v]

Purucker then states that this crystallized elemental form needs breaking and transmuting. This is accomplished through our clarity and insight, seeing through the limitations of mere ‘brain mind’ thinking, where our thoughts being molded around any kind of, ‘thinking about’, equals ‘knowing Truth’. He makes clear that ‘Truth’ is ever expanding and always experiential and ineffable, whereas the former discursive thinking is conditioned and limiting.

Purucker makes clear that this transmuting of crystallized forms, is an essential component of practice when studying the Ancient Wisdom. He shares how he personally engages in this breaking of crystallized mental forms when reviewing his daily activity. He regularly engaged this as an aspect of his meditation practice every evening, where he applied meditative awareness and insight to ‘transmute’ these limiting crystallized ideas. This daily practice was encouraged and an essential aspect within his esoteric school, where he clearly states that entering on the Path of Chelaship is a quality of being, a Bodhisattva motivation of service to all, with the view of our essential oneness with the Boundless.

“Remember that these paradigms or diagrams are relative and changeable; they are not hard and fast or absolute things; this fact must be kept always clear in the mind, and around these diagrams or paradigms the mind should never be allowed to crystallize.”[vi]

Additionally, Purucker supports the value in our study of Theosophy, of what he terms the ‘law of analogy’, yet simultaneously, he cautions against ‘false analogies’.[vii] He also cautions with all the prevalent use of diagrams and paradigms in teaching Theosophy, that while these are useful, they are not real.

In both of these potential ‘pitfalls’ on the Path, there is the subtle problem of fixating on the diagram as the Reality and viewing these conceptual connections and interconnections as ‘real’. In the Zen image, this is mistaking the finger pointing at the moon, for the moon itself. The externalized misuse of analogy in metaphysical systems, when studying the ‘Secret Doctrine’, is important to discern. When one is studying a metaphysical system, the precaution is to avoid simply pointing between similar numbers within various listings within a metaphysical system and then thinking to oneself that this is the ‘Reality’ itself. This pitfall is what Purucker labeled ‘identifying abstractions’. Taking the abstraction as ‘real’, misses the Reality being pointed to and a barrier to deepening our understanding, creating an impediment to our direct intuitive awareness of the underlying Reality.

What we may term ‘diagrammatic thinking’ and the misuse of the analogical view,  then may appear as co-symptoms, reflecting and resulting in entrenched, fixated and dogmatic views.

This essential view of the Unitary nature of universal life is the heart of study and practice of the Ancient Wisdom. In our next installment in this series we will explore further, de Purucker’s teachings on the union of ethics, discernment and wisdom on the Path of Awakening .

We have 532 guests and no members online