What happens when we die? (In the Light of Theosophy) 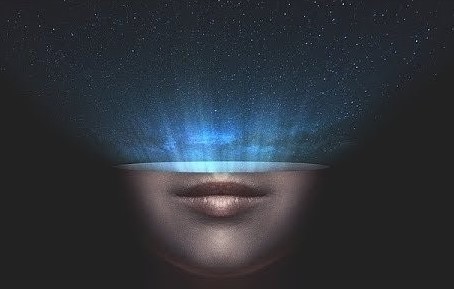 This article appeared in the March 2022 issue of The Theosophical Movement. For more articles published in this excellent magazine follow this link:  https://www.ultindia.org/current_issues.html

Scientific data suggests that life may actually flash before our eyes as we die. A team of doctors, based in Vancouver, Canada, were measuring the brainwaves of an 87-year-old patient who had developed epilepsy. He suffered a fatal heart attack during this neurological recording, revealing that in the thirty seconds before and after death, the brainwaves in the dying brain show the same pattern as seen when a person is dreaming or recalling memories, or concentrating. In other words, such pattern of the brainwaves was seen in the thirty seconds before the patient’s heart stopped supplying blood to the brain and continued thirty seconds after the patient’s heart stopped beating, when normally he is declared dead, says Dr. Ajmal Zemmer, who is now a neurosurgeon at the University of Louisville.

The team wrote in their study published in Frontiers in Aging Neuroscience that such brain activity suggests that “a final ‘recall of life’ may occur in a person’s last moments.” According to Dr. Zemmer, the co-author of the study, this first-ever recording of the dying brain was accidentally obtained. It is quite impossible to say that at the dying moment we have a glimpse of all kinds of happy memories. On a philosophical basis one may speculate that during such flashbacks we are more likely to be reminded of good things rather than the bad things, says Dr. Zemmer. In the last few seconds, before we die, the memories of things we experienced in life are recalled, probably for the last time, and replayed through our brains. However, the question that needs to be answered is, when life ends: when the heart stops beating or when the brain stops functioning? Also, the team cautions that broad conclusions cannot be drawn based on one case. “I think there is something mystical and spiritual about this whole near-death experience,” said Dr. Zemmer. The team is hopeful that reporting one human case may pave the way for other studies on the final moments of life, writes Holly Honderich. (BBC News, Washington)

A physician declares a person dead when his body has become stiff, cold, breathless and pulseless. That, teaches Theosophy, is only the beginning of death. “When a man dies, the brain dies last. Life is still busy there after death has been announced,” writes Mr. Judge (Echoes from the Orient, p. 56). A Master of Wisdom says that no man dies insane or unconscious. Even when a person appears dead, “between the last throbbing of his heart and the moment when the last spark of animal heat leaves the body, the brain thinks and the Ego lives over in those few brief seconds—his whole life again.” In other words, at the moment of death, every person, without exception, sees his whole life, in its minutest details. This is called “review” or “retrospective vision.”

In the Ocean of Theosophy, Mr. Judge describes the process of review, thus: “When the frame is cold and eyes closed, all the forces of the body and mind rush through the brain, and by a series of pictures the whole life just ended is imprinted indelibly on the inner man not just in general outline but down to the smallest detail of even the most minute and fleeting impression (italics ours).” At the moment of death, the dying brain dislodges memory with a strong, supreme impulse. So long as there is a spark of animal heat in the body, the brain still thinks.

It appears that the personal, lower man has a panoramic review of the life just ended in the company of his higher, divine self, on the plane of consciousness, “wherein there is neither past nor future, but all is one present.” This review is often compared to self-examination during life, wherein the actions and behavior of the lower, personal self are examined in the company of the Higher, Impersonal Self, at the end of every day. Nature compels us to examine the whole of our life at the time of death. We become aware of what kind of a person we were, and the kind of life we lived. It is seeing oneself as one really was, without any self-deception. “The soul marshals up all past events, grasps the sum total, the average tendency stands out, the ruling hope is seen. Their final aroma forms the keynote of Devachanic existence,” writes Mr. Judge (Echoes from the Orient, p. 57). Thus, it appears that what emerges from such a review is also the line of life’s meditation, that on which the heart was set, and which determines one’s condition in Devachan, Swarga or Paradise.