The Sacrifice We Need to Make 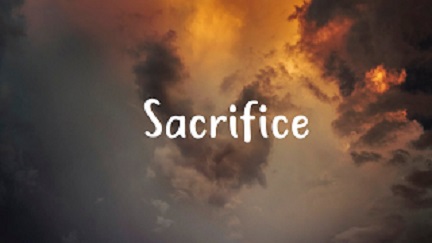 In 2006, I started research on the history of the Theosophical Order of Service (TOS) to publish a commemorative issue for the TOS in the USA. One area that interested me was the work done during WWII. Members in England sent the names of people in Europe who were starving and had no resources to the TOS US. In turn, boxes of canned food, blankets, clothes, and other items were shipped to them. During my months of research, Joy Mills was kind enough to send me a letter that recalled her being part of this TOS project. She wrote that many never thought twice about helping out because service is one of the tenets of living a theosophical life. Letters were also written to servicemen to encourage them, give them hope, and to let them know that others were thinking about them. It amazed me that letters even made it to the men fighting the war.

At that time, I never thought that another world war was ever a possibility. Who in their right mind would want to destroy the planet?  But here we are again, playing out a drama, where one man is holding the world hostage. Instead of learning to lessen armaments after the carnage and destruction of the last great war, we increased them and made them more destructive. And now we stand at the precipice of nuclear war because the bully on the playground holds everyone’s lunch money, is taunting everyone, and beating them up in the process. Granted, it is not that simple and yet it is.

Greed, selfishness, and the desire to oppress others are actions that humanity has partaken in for thousands of years. From a microcosmic view, we have all indulged in something, taken more than we needed to, coveted something for ourselves, or have been thoughtless about another. We have all fibbed, exaggerated, said something we regret, or thought unkind things. And in the moment, we do not think our actions, words, or thoughts will have an impact. But like Theosophy shows, such things eventually have to play out. Karma is a natural law. Not a manmade one. Humans, unfortunately, are not born wise, but the struggle we go through to grow and understand will eventually lead us to wisdom.

Sister Joan Chittister, an American Benedictine nun, writes that suffering is “a stepping stone to maturity. It moves us beyond fantasy to facts. We know now that everything in life will not go our way. We will not simply get what we want or avoid what we do not. And we will know when the price is worth paying or not.” This is not to say that when people are unjustly attacked that we should do nothing because their suffering is to help them grow. Just the opposite. When others suffer, we must do something to relieve their suffering at the expense of our own comfort.

Sacrifice, “to make holy—to make whole,” is often thought about in rather superficial terms. We talk about sacrificing time, energy, and money but the fact that we even mention what we have done to help others, or believe to have inconvenienced ourselves in some way, is not a sacrifice. Such action does not come from Love. Love, in the deepest, most selfless sense, without conditions, limits, or any kind of emotional attachment allows sacrifice to be a complete joy. No difficulty of any kind is felt because it is for the greater good of all. The question “Who will work for naught?” comes to mind. When we give completely of ourselves, there is no ego. Therefore, there is nothing asking for recognition or sympathy. It is right action. The action that works with the Divine so all may benefit.

It remains to be seen what happens as we move forward, but one thing is very clear. We need to move forward in a unified way. Not just within our families and communities, but as a country and as a world. We cannot risk losing everything because of fear or discomfort to our own lives. Perhaps now is the time to really reflect on The Golden Stairs and the meaning of “a brave declaration of principles” and “a valiant defense of those who are unjustly attacked.” We repeat these phrases without realizing we may need to step outside of our comfort zone and really question what those sentences mean to our own life. Sometimes, we will find that what we believed all along is not really true for ourselves. Sometimes we find we a source within that drives us to courageous actions we never would have expected. Sometimes events unfold to reveal what can happen when the rubber meets the road.

For instance, many of us in the Theosophical world say we want peace. But what does that actually mean? For many of us, we think of peace within our own lives. We try to have peaceful thoughts, not say harsh things to others, and live as peacefully as possible. But when circumstances move beyond our control, the answers become more difficult. If we are attacked, do we not raise a hand to defend ourselves? If we are a caretaker of another and run the risk of losing our life by not defending ourselves, what happens to those whom we care for?

The difficulty that arises when we are unjustly attacked is that our attacker becomes our enemy. And this leads to hatred. If we allow ourselves down this path, we eventually become the enemy to someone else. The cycle of hatred continues. We say we are peaceful, but hold hatred toward anyone who imposes themselves upon us. Suddenly peace is a dream. Is it possible to defend those who are unjustly attacked without hatred toward the attacker?

The answers to what best suit ourselves lies within. And the answers will vary for each person. We do not and cannot ever know what is best for another—only ourselves. To support the actions of another without judgment and with freedom of choice is a step toward our own individual growth. This does not mean we are always in favor of the action, but hatred (which sadly often accompanies war), only creates more chaos and adds to the darkness. This is a hard truth to accept and live by. At the same time, it is one of the biggest sacrifices we can make. Perhaps it can be looked at as a growing pain. Stretching our hearts to show a little more kindness, adds more light to the world. And right now, we need all the light we can create.