The Esoteric School of Theosophy 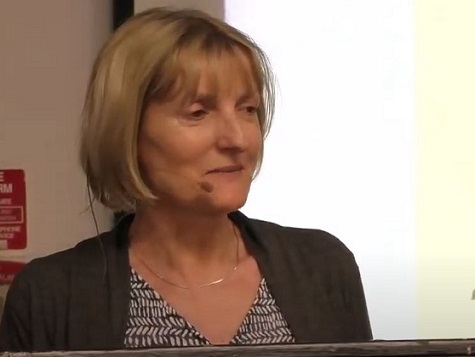 Throughout  history esoteric groups have existed within a number of spiritual traditions, each with its own emphasis in relation to deeper aspects of life, and appropriate to its time, place, and milieu. H. P. Blavatsky (HPB) observed:

Whatever differences are to be found in the various presentations of the Esoteric Doctrine, as in every age it donned a fresh garment, different both in hue and texture to that which preceded; yet in every one of them we find the fullest agreement upon one point — the road to spiritual development.(1)

The Esoteric School of Theosophy (ES) is one such group. Since 1888 it has provided an avenue for living a theosophical life, not only through the study of Divine Wisdom, but through its understanding, assimilation, and practice. Its members voluntarily undertake the work required in preparing for the Spiritual Path. A spirit of harmony with all is emphasised within the School, as well as active support for the Theosophical Society (TS) and its activities. TS members of at least two years’ good standing, who are willing to abide by some basic conditions which include a life of sincere altruism and harmless living, may apply to join.

The ES was originally founded by HPB in 1888, under instruction from her Master, based on principles of Raja Yoga. It has therefore existed since the early decades of the TS’s existence. Also, it can be mentioned at the outset that the ES was originally known as the “Esoteric Section of the Theosophical Society”. HPB subsequently modified it to the “Eastern School of Theosophy”. Later still, Dr Annie Besant changed the name to the “Esoteric School of Theosophy”, which has remained to this day.

Background to the Formation of the ES

In 1888, after some doubts on his part about initial plans for the ES, Col. Olcott received a letter from the Master KH.(2) The letter instructed Olcott that, while he was to direct everything in regard to the external growth of the TS, HPB was to be given perfect freedom with regard to the arrangements of its inner and occult basis. He subsequently accepted this.

Many details regarding the history of the ES have been published in H. P. Blavatsky Collected Writings, vol. XII. From this, a few selected extracts from the “Preliminary Memorandum”, issued in October 1888, follow:

This degree of the Esoteric Section is probationary, and its general purpose is to prepare and fit the student for the study of practical occultism or Raj yoga. Therefore, in this degree, the student — save in exceptional cases — will not be taught how to produce physical phenomena, nor will any magical powers be allowed to develop in him; nor, if possessing such powers naturally, will he be permitted to exercise them before he has thoroughly mastered the knowledge of SELF, of the psycho-physiological processes (taking place on the occult plane) in the human body generally, and until he has in abeyance all his lower passions and his PERSONAL SELF.

The real Head of the Esoteric Section is a Master, of whom H. P. Blavatsky is the mouthpiece for this Section. He is one of those Adepts referred to in theosophical literature, and concerned in the formation of the Theosophical Society. . . .

The value of the work of this Section to the individual member will depend entirely upon:

It is clear from the above that the ES expected of its members from the outset a seriousness of purpose in life, a willingness to work on self-purification and to assimilate the teachings given. Above all, it required them to seek for such knowledge without any desire for personal benefit. These principles still apply today.

Stress was laid on the essential practice of giving up superficial and inattentive habits of thought. Instead, an attitude of mind which would develop intuition was emphasised. Furthermore, trials of a special nature were not to be sought as these would come in any case in the affairs of life; this is true enough. A further requisite has always been a conviction of the reality of the Masters of the Wisdom, and therefore the possibility of developing a greater affinity with their consciousness.

Some further points from the “Preliminary Memorandum” are of particular historical interest:

The Theosophical Society has just entered upon the fourteenth year of its existence; and if it has accomplished great, one may almost say stupendous, results on the exoteric and utilitarian plane, it has proved a dead failure on all those points which rank foremost among the objects of its original establishment. . . .

The object of this Section, then, is to help the future growth of the Theosophical Society as a whole in the true direction, by promoting brotherly union at least among the few. . . .

The Masters can give but little assistance to a Body not thoroughly united in purpose and feeling, and which breaks its first fundamental rule — universal brotherly love, without distinction of race, creed, or colour; nor to a Society, many members of which pass their lives in judging, condemning, and often reviling other members in a most untheosophical, not to say disgraceful, manner. (4)

Highlighted here was the distinct lack of solidarity and harmony in the TS at that time, which also meant that the Masters’ uplifting influences could not easily penetrate it. The Society was clearly at a critical juncture. As things stood, the TS was an inadequate instrument for their work, and they wanted this new impulse in the world to succeed.

Their sine qua non for the true and enduring success of the TS is clear, implying also the enduring importance of the first and primary Object which places solidarity, harmony, understanding, and acceptance of others at the centre of its work. The actual realisation of this Object is a work in progress and its significance cannot be underplayed; it is not simply an ideal, but requires our ongoing engagement. Consider that if this one Object were achieved then much of the work of the TS would be accomplished today. For when there is deep harmony with all, then the modes of study which form the second Object can be undertaken in a more balanced and sympathetic way; and it becomes possible to discover one’s true latent powers through a consciousness that is aware, impartial, and still.

Forgetfulness of the personal self and sincere altruism are emphasised in the ES, along with consistent spiritual aspiration. One meaning of “aspiration” is the act or process of drawing breath. It is possible — and beneficial — to take a regular “breather” from the external demands of life, metaphorically speaking, and turn the awareness towards what is really important. When this is undertaken daily, then the consciousness can be transmuted into an ever more perfect expression of one’s divine nature.

Teachings, pointers for daily life, and material for reflection are provided in the School, with a general emphasis on living the most pure and ethical life possible, in preparation for the Spiritual Path. The work needs to be done by the individual through an essentially balanced life of meditation, study and service, underpinned by self-discipline, as well as increasing selflessness and intuitive awareness. One of the Holy Ones mentioned: “the adept becomes, he is not made.” * (5)

The production of psychic phenomena is not taught at all in the School today, “initiations” are not offered, nor is one led along by the hand. Furthermore, individuals who are, or have been, seriously involved in other spiritual training or practices, including magical practices, may not be admitted to the ES. There is the well-known, general admonition that it is not advisable to mix one’s drinks. The same principle applies in the spiritual life; it is a matter of safety as well as sound common sense. HPB wrote: “True Occultism, or Theosophy, is the Great Renunciation of SELF.” (6)

To help dispel the occasional erroneous impression, it needs to be emphasised that members of the ES are no more special than other TS members. Indeed, given the foundational teaching of the One Life, with its numerous and varied expressions, how could this possibly be the case? As The Bhagavadgitâ (6:29) says:

The self, harmonized by yoga, seeth the SELF abiding in all beings, all beings in the SELF; everywhere he seeth the same.(7)

The School’s members have simply chosen one particular pathway for putting the Divine Wisdom into practice.

Members of The Esoteric School of Theosophy do, however, continue to play a definite role in helping to maintain the heartbeat of the TS, along with other dedicated members of the Society around the world. The ES still has its place, partly because the achievement of true Brotherhood and Sisterhood within the ranks of their Society is still a work in progress. Also, the possibility of entrance to the Path remains ever available to those who are sincere and who are willing to put in the selfless effort required. The ES is a portal to this glorious future.

This article was also published in The Theosophist VOL. 143 NO. 5 FEBRUARY 2022