This article appeared in the December 2021 issue of The Theosophical Movement. For more articles published in this excellent magazine follow this link: https://www.ultindia.org/previous_issues.html 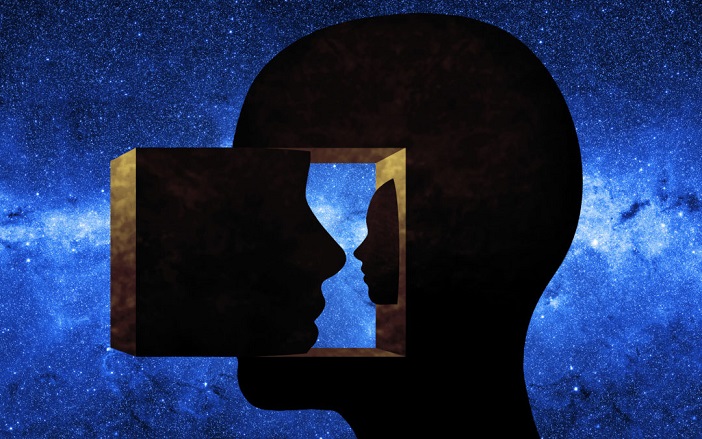 Can there be repressed memories? It was Sigmund Freud, the founder of psychoanalysis, who put forward the idea that memories can be repressed. It means that certain painful experiences and unwholesome desires or urges are locked away from the conscious mind but pushed deep down into one’s non-conscious mind, so as to be inaccessible. The idea that memories can be repressed and then suddenly re-emerge years later, was put aside as being false, in the 1990s, since this concept did not go well with all that was known about how memory works. Moreover, it was observed that it is so easy to implant false memories that it would be impossible to distinguish between recovered memory from an implanted one. But the reason for the resurfacing of this idea could be based on the belief that buried memories of trauma can explain why some people experience mental health conditions in later life. These can be treated by persuading them to recall the traumas and processing them. Lawrence Patihis, a forensic psychologist at the University of Portsmouth, United Kingdom, points out that often false memories take hold of people, because certain kinds of therapy encourage people to imagine certain scenarios or ask them to elaborate on some fragments of events that they remembered.

According to Chris Brewin at University College London, it is not possible to be certain whether an event took place or not, and therefore, recovered memories of trauma could be “genuine, false, or a mixture of the two.” There is a need to develop techniques that can separate true from false memories, because “false memories can be just as upsetting as memories of real events. People who claim to have been abducted by aliens are totally convinced by their memories of what happened, and when recalling the ‘memory’ of the event they get just as stressed as people who have experienced documented trauma.”

“Recovering” memories is not an aid to improve the mental health and well-being of the person, but in fact seems to produce adverse effects. For instance, in a study published in 1996, 30 individuals were made to recall childhood abuse during therapy. Of these, only three had considered committing suicide before “remembering” abuse, whereas twenty of them contemplated suicide after therapy. Likewise, as against two that needed to be hospitalized before, there were eleven who were hospitalized after therapy.

“Most researchers do not believe that faded or forgotten memories can somehow be retrieved in detail years later, as if the repression lock has been suddenly removed. ‘There is no credible scientific support for that idea,’ says Elizabeth Loftus, a psychologist at the University of California. Indeed, there is no known mechanism for storing away memories without being able to access them….If the brain has a way to lock away memories, it has not been found.” Some memory researchers are of the opinion that to deter people from believing in this “scientifically unlikely idea,” of repression and recovering of old memories, lay people, therapists, as also, those working in criminal justice, should be educated, writes Jessica Hamzelou. (New Scientist, October 9, 2021)

H.P.B. describes memory as “the most unreliable thing in us.” Memory “is a recording machine, a register which very easily gets out of order.” There are three types of memory—Remembrance, Recollection and Reminiscence or soul-memory. Broadly speaking, “Memory is an innate power in thinking beings, and even in animals, of reproducing past impressions by an association of ideas principally suggested by objective things or by some action on our external sensory organs.”

What is the seat of memory? The brain is the instrument of the mind, and is not the seat of memory. Astral Light is the tablet or repository of the unseen universe, where every fleeting impression, feeling, thought and action as every pulsation of the visible cosmos is recorded. Memory, says H.P.B., is that power which every human being unconsciously exercises, to look with an inner sight into the astral light and there see the images of past sensations and impressions. In other words, memory is unconscious looking into and reading the impressions in the astral light. Brain cells “are the receivers and conveyers of all the pictures and impressions of the past, not their retainers. Under various conditions and stimuli, they can receive instantaneously the reflection of these astral images back again and this is called memory, recollection, remembrance; but they do not preserve them.” (U.L.T. Pamphlet No. 25, Foreword)

During sleep, the astral body (soul) becomes free and travels around visible and invisible worlds. Pictures and images seen during astral travel are impressed on the brain, but we remember nothing upon waking up. However: “The impressions of scenes and landscapes which the astral body saw in its peregrinations are still there, though lying latent under the pressure of matter. They may be awakened at any moment, and then during such flashes of man’s inner memory, there is an instantaneous interchange of energies between the visible and the invisible universes. Between the “micrographs” of the cerebral ganglia and the photo-scenographic galleries of the astral light, a current is established. And a man who knows that he has never visited in body, nor seen the landscape and person that he recognizes, may well assert that still has he seen and knows them, for the acquaintance was formed while travelling in ‘spirit.’” (Isis, I, 180)

H.P.B. affirms that suggestions made by an adult during the childhood period or by a hypnotizer do not fade away but leave an impression that surfaces later. Thus: “Crying children frightened into silence by the suggestion of a monster, a devil standing in the corner, by a foolish nurse, have been known to become insane twenty or thirty years later on the same subject. There are mysterious, secret drawers, dark nooks and hiding places in the labyrinth of our memory, still unknown to physiologists, and which open only once, rarely twice, in man’s lifetime, and that only under very abnormal and peculiar conditions.” (Lucifer, Vol. VI, June 1890)

Mr. Judge suggests—in another context—that we carry pictures and images in our aura—which include pre-natal impressions— which are not always developed into memory, but await appropriate conditions. Thus: “These pictures are found in the aura of the person, and are due to pre-natal impressions. Each child emerges into life the possessor of pictures floating about and clinging to it, derived from the mother; and thus you can go back an enormous distance in time for these pictures, all through the long line of your descent….There would be no justification for going over a whole lifetime’s small affairs in order to tell a person at what time or juncture an image was projected before his mind. Thousands of such impressions are made every year. That they are not developed into memory does not prove their non-existence. Like the unseen picture upon the photographer’s sensitive plate, they lie awaiting the hour of development.” (Vernal Blooms, p. 171)