Temple of Light at Adyar 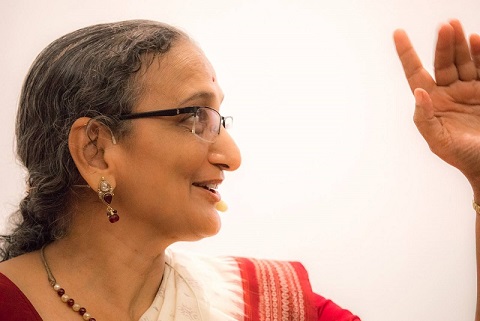 The author who resides and works at Adyar (photo: © Richard Dvořák )

There is an underlying unity that links the faiths of mankind in a deeper oneness of life and this is greatly stimulated by a direct acquaintance with the rituals of each religion. During the time when Dr Annie Besant was President, a number of shrines and temples for the performance of religious practices were erected on the Adyar estate and used by the adherents of Buddhism, Hinduism, Christianity, Sikhism, Islam, and Zoroastrianism. There is also a site reserved and a cornerstone laid for a Jewish synagogue which, however, did not get built. As is to be expected, there is great religious fellow-feeling at Adyar, and members belonging to different faiths freely attend the rites of their sister religions.

The striking Hindu Shrine with its finely sculptured dome is situated just off Founders’ Avenue and is known as the Bharata Samaja Temple or the Temple of Light. It is quite impossible to describe the wealth of detail which this ornate Temple shows and which summarizes practically the whole of the complex Hindu mythology. Here, at sunrise every morning, the beautiful Bharata Samaja Puja is performed.

The novel idea in this temple is that there is no image whatsoever of any aspect of the Deity, but only a burning lamp, for Light is recognized by Hindus of all the various divisions of Hinduism, as a symbol of God.

Bharata Samaja celebrated its centenary on 1 May, 2021. Here is a brief write up about the temple, its aim, history, and the ritual that is being performed even today. 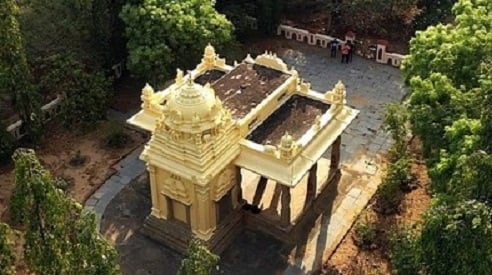 The main focus of the Bharata Samaja was to bring to light the essential teachings of Hinduism. Over the centuries, Hinduism had accumulated a baggage of unnecessary rituals and ceremonies, wrong interpretations and undesirable social customs. Hence, in the Bharata Samaja daily ritual, an attempt was made to distill the very essence and content of the Hindu form of worship and shed all the unnecessary accretions and superstitions. While simplifying the ritual, scrupulous care was taken to retain the essential ancient verses from the Vedas. At that time, the Director of the Adyar Library was Pandit A. Mahadeva Sastri, a very distinguished Sanskrit scholar, well-versed in all the ancient Hindu traditions. Under his leadership, shortened rituals were created which were later incorporated into the Bharata Samaja rituals. Nothing was added which was not there in the ancient Sanskrit version but non-essentials were omitted.

The Hindu form of worship had so far been individualistic. But at the Bharata Samaja, the first congregational worship was attempted. It was a collective way of invoking the Almighty’s power and blessings. It is noteworthy that for the first time, women were also permitted to perform the puja, in what was till then, an exclusively male preserve. It is a ceremony where the leader and others (men and women) participate. Incidentally, Smt. Rukmini Devi was the first woman celebrant to perform the puja. 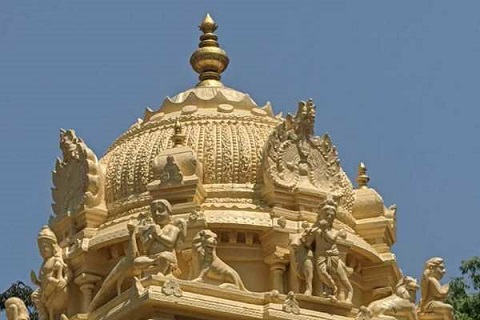 It was Jiddu Krishnamurti’s idea that this ritual should be performed by all, irrespective of caste, color or creed. And though known to be averse to rituals, he suddenly determined to initiate the worship! With characteristic zeal, he threw himself into the work, carefully studying the chanting of the mantras, and in a very short span of time a small band of people was trained to recite the mantras.

The temple was ready for the Diamond Jubilee celebrations and privately on 20 December, it was consecrated by Dr Besant at the request of Krishnaji. It was found that the most wonderful changes took place on the higher planes during the ritual, and a vehicle was created to receive a magnificent down pouring of spiritual life and power.

The first ceremony of the Bharata Samaja ritual took place on the morning of 21 December, 1925. To quote Mr C. Jinarajadasa:

. . . Exactly, to the very moment of time announced for the beginning of the Puja the Priest Mr J. Krishnamurti arrived in the hall of the Temple, garbed in oriental fashion in silk garments, the very embodiment of all that one may picture a servant of God; of bright clear face, reverent and humble, but full of devotion and dedication to the service of the Light which has its physical symbol in the Holy of Holies of the Temple in the ever burning Flame of Light on the altar of marble of a very beautiful design. His very presence radiated round about him that spiritual aspiration which is the very life of all true worship and it was a delight to see him go through that whole ritual, every part performed with concentration and power, every object used in the adoration touched with hands scrupulously clean. To him, it was a living, vital thing, a channel for pouring on the world the blessings from on High. One could see how he willed with his whole self to bring about that result, and it was no wonder that he achieved what he desired.

Bishop Leadbeater had been given an English translation of the ritual, so that with his clairvoyant vision, he could give a description of what was happening at different stages of the puja. Later, he gave a fuller description of what he saw clairvoyantly and arranged for a pictorial representation of the thought form created by the ritual. A detailed description is given by him in an article which appeared in the April 1926 issue of The Theosophist. 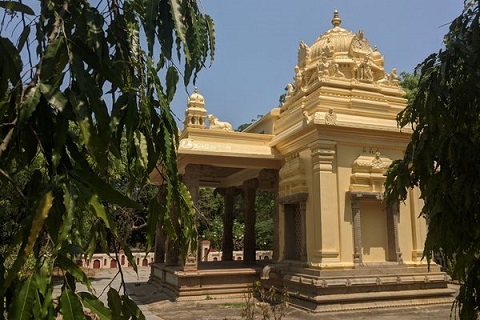 The whole ritual can be divided into eight parts.

The first part is to prepare, cleanse and purify oneself. The priest who is considered “a leader among equals” purifies himself first. Any person can act as a leader but should be clean and pure, should have devotion and faith and should understand what he is doing. Next, is the purification of the worshippers. This is done by everyone partaking of the magnetized water. This act washes off all imperfections and impurities by invoking the five elementals. And in the end, one purifies the surroundings from the lower bodies, our shortcomings, errors, difficulties etc., with the help of the “Ever Blessed Lord”.

The second part is to create a sort of wall round the purified space so that no undesirable element can creep in.

The third part is to fill oneself with positive thoughts and emotions so that one can prepare for “the Great Work”. This is done by incensing, followed by invocation of the Gayatri mantra to purify the whole of one’s being. By reciting the Gayatri mantra properly, a great shaft of light from the physical Sun pours down upon the congregation.

The fourth part involves invoking the Devas to come to one’s aid.  With goodwill, devotion, and faith, a great form is built up to act as a channel for the down pouring of the blessings of the Lord over the whole of humanity.

The fifth part is meditation. By mind, thought and emotion, one must try to rise to the Highest in His various aspects. This part is the vital essence of the puja.

The sixth part of the ceremony is similar to the Holy Communion of the Christian ceremony. Here, an attempt is made to invoke the Blessings of the Lord and its success depends upon the devotion and faith with which the puja is performed and the correct manner in which the mantras are chanted. All these together contribute to the outcome of the ceremony.

The seventh part underscores the importance of sharing the blessings of the Almighty by sending it to all others in the world. The wall which one had constructed around oneself is now broken down in order that everyone in the world can receive the divine outpouring.

The eighth and final part is the distribution of the Blessings of the Almighty and ends with a mantra for world peace which translated would mean:

May all be comfortable, free from all pain. May all see, acquire happiness. May none suffer.

Thus, the whole universe is blessed. 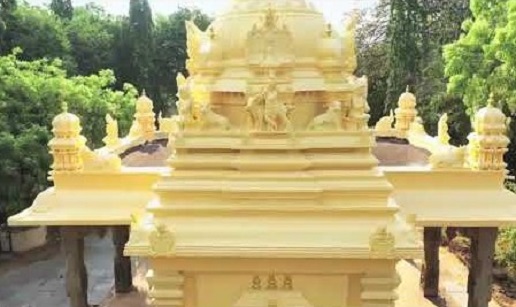 We have 395 guests and no members online