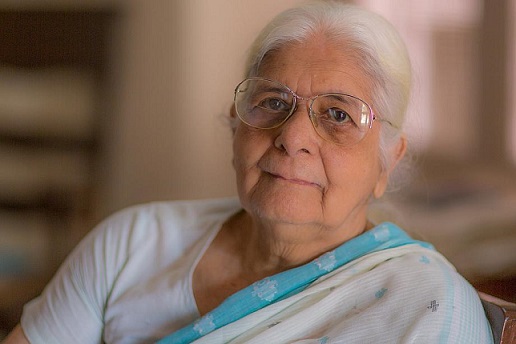 This wonderful photo was taken on January 22, 2013 © Richard Dvořák

India remembers Annie Besant as the fiery Englishwoman, orator par excellence, Theosophist and advocate of Home Rule, who settled in India in 1893 until her death in 1933. Not many in India know of the pre-India period of Annie Besant's life, of her long association with and espousal of socialism, atheism, and workers' and women's rights; her courage and intellectual fortitude in the face of opposition by Victorian society; and the leadership qualities she displayed in what was very much a man's world. 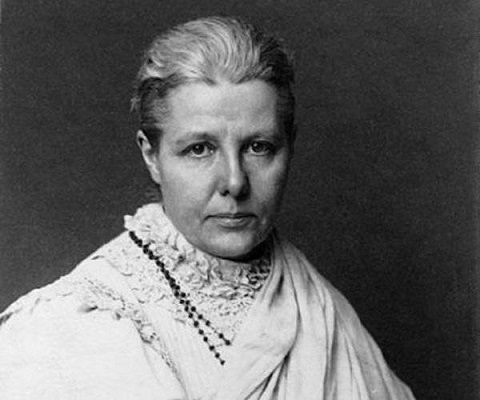 Radha Burnier was the seventh International President of the Theosophical Society in Adyar, Chennai. Her parents were active in the Theosophical Society and she developed an early interest in Theosophy, which according to her "is a universal view, not conditioned by race or ethnic origin which in general advocates a very considerate and compassionate view of all kinds of life, plant or animal..."

She took her university degree in Sanskrit literature, English literature and Indian history from the Banaras Hindu University. She was Director of the Adyar Library and Research Centre and General Secretary of the Indian section of the Theosophical Society for a number of years.

The interview below took place during the celebrations of the150th birth anniversary of Annie Besant on October 1, 1997. On this occasion Radha Burnier spoke with Parvathi Menon about Annie Besant and her life. Excerpts from the interview:

What are your memories of Annie Besant?

I cannot say that I knew Annie Besant although I have seen her. I was only ten years old when she died. But because she was such a special kind of person, my memory of her is very clear. I remember her when she was an old lady, here on this roof when people came to greet her on her birthday. She used to hold tea parties under the great banyan tree. At that time the tree was much younger, flourishing, and it was not fenced in. Sometimes more than a hundred people would gather there. She would go around and talk to people. When she died, how the news spread! She was cremated here in what is known as the Garden of Remembrance.

My father, Mr. N. Sriram, was very closely associated with her. He was one of the key assistant editors of her famous newspaper New India. It was a great force for Home Rule and Indian independence. She also had a weekly, called Common Weal. As she was busy with so many different things, my father used to do much of the work in the office.

This is the 50th year of Indian Independence and the 150th birth anniversary of Annie Besant. What would you say was her vision for India and her political contribution to the freedom movement?

Let me start with the political side of it. Her role in the whole independence movement began very early with the founding of the Home Rule League. As Gandhiji himself said, she made Home Rule a household term in India. She was a great organiser, and organised the Home Rule League in every small town and even in some villages. Theosophists helped her a great deal in this.

But for her, politics was only the basis for a spiritual and cultural flowering that had to take place in India. She was elected President of the Congress in 1917, but she differed with the leaders, particularly Gandhiji, on the question of non-cooperation because she said it wouldn't matter if freedom came a few years later, but it would matter tremendously if people learned to disrespect and disregard the law. To make them respect law again would be very, very difficult. And today we see the wisdom of what she said, as there is an anarchical way of people going about things, demanding various things. Of course, Gandhiji did not want violence either, but Annie Besant told him that it was possible for him to carry on an agitation without being violent, but to expect large masses of people to act as he did would be impossible. So she strongly opposed it and lost her popularity. I think this was an idea that was ahead of its time.

The second thing she said was that the Indian people, who had been subjugated by foreigners for so long, must be educated in the democratic process. She did not agree to introduction of universal suffrage all of a sudden and felt that people must learn to understand what they were voting for. With the help of some eminent Indians like Sir Tej Bahadur Sapru, she drafted the Commonwealth of India Bill. One of the fundamental things in that Bill was a system of graded suffrage, that is, the absolutely unqualified person would exercise responsibility and vote at the village level but it did not debar him or her forever. By fulfilling specific qualifications, each person could qualify to work and take more responsibility, that is, stand for elections at higher levels, from the district level to the State level and then to the national level. The qualifications were not only of education, but of service to the country, and other criteria.

So she had come a long way from the radical socialist who had thrown herself into the movement for female suffrage in Britain.

That was in England. Here too she made no difference between men and women. It was a question of qualifications and disqualifications. The higher the level of responsibility, the more stringent the qualifications would have been. She did envisage a time when all Indian nationals would be voting. But she said "prepare for it". The Congress did not agree.

Annie Besant had many years of political experience and she studied very hard. She was not a woman who just talked. She had the benefit of guidance from the great figures of English politics, liberals like Charles Bradlaugh.

Another important point was that she said young people, students in the universities, and so on, must be prepared for national life and not just be dragged into it. Here in Madras, the Young Men's Indian Association and the Gokhale Hall were her creations, she had a mock parliament where young people were trained to debate, to study what they had to speak about, to learn parliamentary behaviors and procedures, and, when there were opposing points of view, to settle a question in a way that was democratic. She believed in training young people. That too didn't make headway. In general, I think she was ahead of her time.

Annie Besant stressed education for character building. She wanted boys and girls to learn the rightness or wrongness of their actions, to become responsible and morally aware. It was a kind of slogan she coined - a nation's prosperity depends upon the character of the people.

At the spiritual level she has written and spoken a great deal. She believed that spiritually realised people point to the same truth. Again and again she emphasized the fact that it is the sense of unity, harmony and love that is the essence of religion. Living spiritually in everyday life was part of her way of looking at things.

Annie Besant had a most interesting and eventful life, each phase so different from the other. From being a Christian she turned to materialism, became an atheist and radical socialist, and threw herself into the leading political campaigns of the period - in working class actions, in feminist causes, and against British colonial policy. She then met Madame Blavatsky, became a Theosophist and came to India towards the end of the last century, where her political radicalism mellowed over the years till she even opposed Gandhiji's somewhat moderate political agenda of non-violent non-cooperation. How do you evaluate the early phase of her life, and how did it contribute to her becoming the very different person she became at the end?

I think the clue lies in the fact that above all she was a person who knew how to love. Love without asking for returns, for recompense, for fame, for anything. That remained constant through all the phases of her life. I remember Mr. J. Krishnamurti telling me "You have no idea what was her capacity for love."

When she was a young woman she married a priest. The Christian religion could not answer her question: "Why would a God of love allow a small baby to suffer?" (This was after her two children went through a long, and for her, harrowing, spell of ill-health.) The only answer was, "It is not your business to ask questions. You believe - and you must have faith." Then, as she was also intellectually very alive, she began examining the gospels. She couldn't live a lie nor could she accept that there is a God who would arbitrarily punish some people. These metaphysical questions were not answered by what she had read of Christianity. So she became an atheist.

But there was still this love within her. She saw the lives of the poor in the East End, which she has described in her autobiography. There was inequity all around her. Because of this feeling of love she became a socialist because the socialists said that you must alter the economic system, which cannot be done unless you have a sound basis politically, to bring about justice and equality. But ultimately, that also did not satisfy her. It was then that she read Madame Blavatsky's Secret Doctrine which provided a much deeper philosophical view of life, changed her view of life. So by the time she reached India she was no longer an atheist.

So her radicalism gave way to Theosophy and spiritualism?

Bernard Shaw has written very beautifully on her. She wasn't a person given to halfway measures; whatever she did she did with energy and with all her heart. So when she began to feel that she must work for India's independence, she was radical, not in the present-day sense, because she still thought of a commonwealth of the nations of the world. She didn't speak about breaking away completely from Britain, but she would not compromise on Britain giving some kind of autonomy to India. The Congress at that time was very nervous of demanding full freedom, but she was not nervous. For one thing she was a British woman who had faced public disapproval, abuse, slander, everything. So she was not afraid of the British to whom she was a great embarrassment, and she was quite conscious of that fact and made full use of it! But even when she was a radical, she believed in adopting methods that were lawful and constitutional, not entirely to be compared with Satyagraha.