Imagining Theosophy for the Future 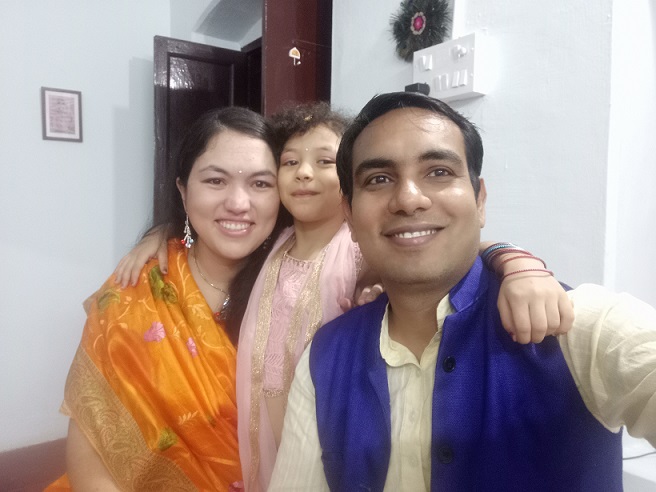 The author on the far left, accompanied by daughter Yuna and husband Shikhar

When I first saw the theme, “Imagining Theosophy for the Future”, two things came to mind: the power of the word “imagine” and the meaning of “Theosophy”. Imagining is the act of mentally creating or reproducing using the power of the mind; imagination is one of the most advanced human faculties. So what we are doing here is making a collective effort to create mentally, using the power of thought, an image or picture of the future of Theosophy. This leads me to the second point, the meaning of Theosophy. It actually means divine wisdom (brahmavidya). Therefore, it has an immutable nature, it does not change, but the ways of getting closer to it, of spreading it, can and should change.

We will talk about how we imagine the future of the Theosophical Society (TS) or the theosophical movement as a vehicle for the diffusion of this ageless wisdom. The TS is made up of members around the world; so it is a living organism that needs review and renewal. It is one of the vehicles through which divine wisdom spreads (clearly not the only one). As an external manifestation, it goes through cycles. Making an analogy with the human body, the vehicle of our spiritual being, can help us to understand this better. According to scientists, the human body completely replaces itself with a new set of cells every seven to ten years. The body is renewing itself, adapting, but the spirit is the same throughout our entire existence. The same can be said of Theosophy and the TS. So, I will share three points that are useful to keep the flame of the theosophical movement alive:

This is one of the most beautiful characteristics of the TS. Since its foundation, the Masters warned us about avoiding two things: selfishness, which prevents Universal Brotherhood, and dogmatism, which is the opposite of an open mind. But, what is an open mind and its relation to freedom of thought? An open mind is the kind of mind that examines any postulate, goes deep in research and inquiry, as J. Krishnamurti would say. Only through a really open, discriminating mind can true freedom of thought be maintained. And we, as students of Theosophy cannot forget that. Annie Besant says that any institution that has been in existence for many years is in danger of crystallizing and that this can happen when dogma prevails over free thought. She adds:

We must everywhere, in our influence upon the world and our influence over our young members, remember that the life of the Society depends on its remaining a society in which thought is entirely free, and frank discussion is encouraged. . . . We must encourage the expression of new thought, the open expression of any new idea. (“The Future of the Theosophical Society”, public lecture delivered at the Adyar International Convention of December 1930)

For that reason, spaces like these are extremely useful. Keeping freedom of thought alive also goes hand in hand with the goals of the TS. An open mind allows us to go in depth in examining the different religions, sciences, and philosophies. Being aware, thanks to a careful examination, leads us to carry out unity in a practical way in the midst of diversity. This makes us more inclusive and considerate of the other’s vision: Universal Brotherhood.

I want to refer to the Teresópolis Declaration (1) and highlight that it points to that freedom of thought within a conscientious and fraternal spirit, something of vital importance for the future of the TS. Let us take as an example some extracts from the Declaration:

♦ To deepen the connection between theosophical ideals and the 21st century TS.

♦ To build bridges between theosophical ideas and the philosophical and scientific assertions of our time [I would add arts].

♦ To seek possibilities of collaboration with organizations with similar proposals.

♦ To help widen the horizons of the theosophical perspective, by studying with respect traditions that were little addressed in our history.

When there is a fraternal atmosphere, it becomes easy to accept that our point of view on something is not necessarily conclusive. Therefore there is a relationship between fraternity and freedom of thought. Theosophy must be presented as a challenge to investigation and intelligent criticism. Individuals with a broad mind and a brotherly heart have the possibility of drastically changing themselves and therefore inspiring their environment.

It is claimed that the TS was formed to help and give an evolutionary impulse to humanity that could result in a real change. This brings me to my second point, something that has to do with the possibility of going beyond the mere theosophical movement and generating a greater impact that causes more individuals to be raised within theosophical ideals.

One of the main ideas that Annie Besant had about education is the fact that the formation of a good citizen must begin during school days, and training must continue in college, because it is during childhood and youth that character is built. Maria Montessori as well had particular ideas about the importance of a proper education for children. Both of them look at children from a holistic point of view that takes reincarnation into consideration and shows us that the child already has his character and a CONSCIOUSNESS ready to function and is born with a certain background. So the first years are very important and the child has to receive the appropriate stimulation during that time.

I currently work at the Adyar Theosophical Academy (ATA), a centre of transformative education founded by the TS, and a sister institution of The Golden Link School in the Philippines. Its goal is to impart a theosophical education:

ATA’s primary concern will be the development of right character, and integration of core values such as empathy, sensitivity, and an attitude of stewardship for the environment and society, becoming an active instrument for doing what is right. Emphasis will be given to the development of life skills such as self-confidence, effective relationships, effective conflict resolution, communication skills, critical thinking skills.

This kind of education is a way of keeping the flame of Theosophy alive. Regardless of whether the TS grows or not in terms of members, the fundamental thing is that those who receive this kind of education are capable of being that change themselves, that impulse that the theosophical movement is called upon to make: to be able to live in the light of these ideals and principles and inspire those around them.

♦ An education without competition or comparison but with cooperation. This means an education leading to the creation of a fraternity that is practiced in daily life.

♦ An education without fear, violence, or punishment: “Children should above all be taught self-reliance, love for all human beings, altruism, mutual charity, and more than anything else, to think and reason for themselves.” (H. P. Blavatsky, The Key to Theosophy, Section 13, “Theosophy and Education”). Let us remember that a child’s faults, for the most part, can be changed if elders cultivate the corresponding virtues and show them respect and trust.

♦ An education for the ETERNAL, not for the ephemeral, in which the true nature of the being and the greater purpose of evolution are understood, and which is not a simple search for survival or material success. Children are individuals who are born among us after countless previous births on Earth, with experiences gathered through many lives forged in them as faculties and powers, with characters that are the embodied memory of their past, with a receptivity limited and conditioned by that past determining its response to external impressions. Their entire future at birth is largely determined by the influences that are exerted on them during their early years. Children already have their character and a CONSCIOUSNESS ready to function as long as they receive the appropriate stimulus. (Montessori)

Therefore, I imagine a future for Theosophy in which this type of education is the rule and not the exception. I imagine similar initiatives in every place of the world where there is a Theosophical Lodge and a true interest in personal transformation. Those who are interested are encouraged to visit ATA’s website and to really consider the possibility of doing volunteer work in this institution. They are also encouraged to take the seed of a theosophical centre of transformative education to their homeland. It is said that the best way to teach is by example. Since everyone can be a teacher of everyone on this path, we must begin by applying the principles of Theosophy in our own lives. This leads me to the third point:

There is a false notion among people that Theosophy is mostly a kind of old-fashioned intellectual study. Actually, there is nothing as practical, actual, and intricate in daily life itself as Theosophy. Theosophy is the science of selftransformation and this is something that we, as members, have to be able to transmit and show to the new generations.

I imagine, then, a theosophical movement in which each student of Theosophy becomes a centre of transformation and light, an agent of change and altruistic service. The quality of collective work depends upon the quality of effort and personal work. We are a living organism.